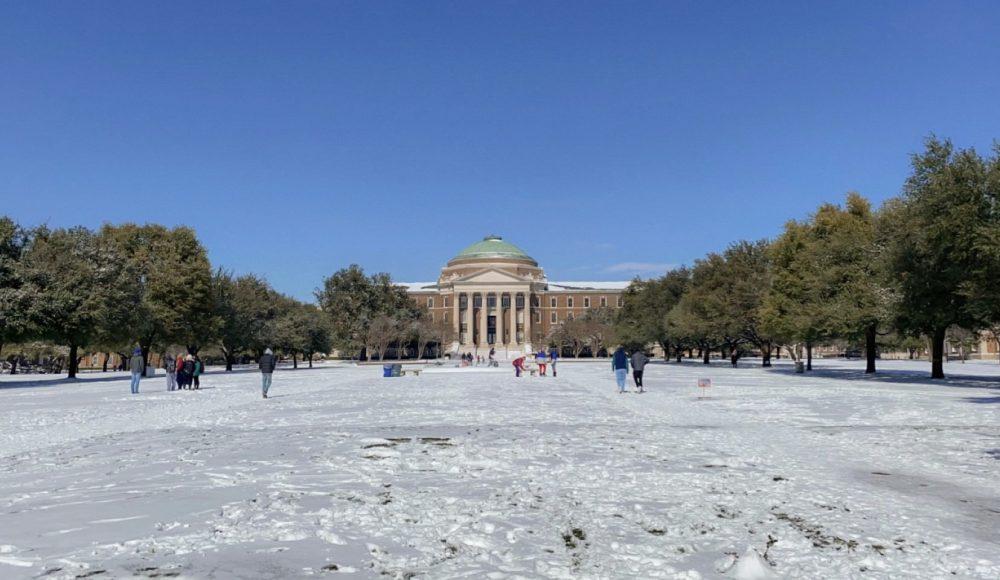 After six years in which Dallas, Texas, has not witnessed a white Christmas or even enough snow to show on a camera, SMU students are now enjoying a campus filled with snow up to eight inches!

Temperatures dropped as low as minus 2 degrees on Tuesday night when the winter storm was in its full bloom, and the average temperature daily is around 10 degrees. Overall, the SMU campus looks like a fairytale, with the roads filled with ice, snowmen built all around, and students having snowball fights and taking photos of the unexpected weather changes. Unfortunately, some SMU students are dealing with a lack of heat, power outages, or closed highways and streets. This has caused SMU to change its visitor policy temporarily; students living in dorms with electricity can have guests over for heat, food, and other necessities. The school remains closed for the entire week, as many students are unable to access the internet or essential needs. From Sunday on, the temperature is supposed to increase back to at least 60 degrees.