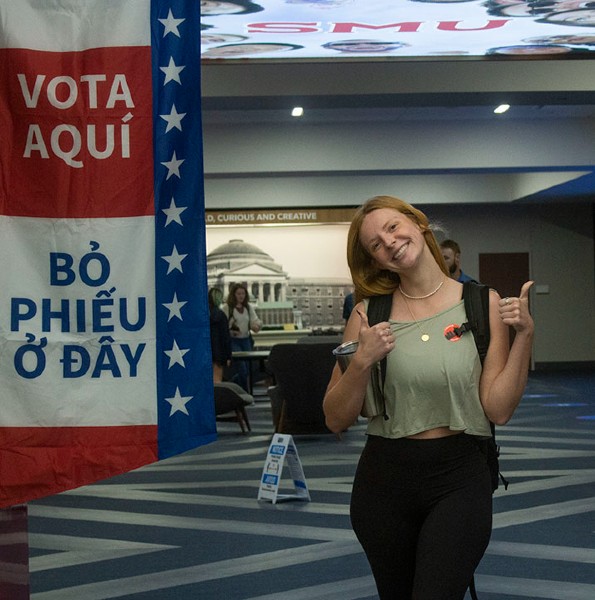 With most midterm election votes tallied, it is still unclear whether real change will be seen, but solutions to making a difference lie in educating citizens on issues and keeping the young generation engaged, according to two political analysts.

The economy for instance, will likely stay on its current trajectory – even if the Republican Party wins over Congress, said Cullum Clark, director of the Bush Institute and SMU Economic Growth Initiative. He spoke live Tuesday night in the studio during midterm election coverage by SMU TV Update.

“Fiscal policy is likely to change maybe only in small incremental ways [if the Republican party wins the House and Senate],” Clark said. “Meanwhile at the Federal Reserve, the interest increases are likely to increase in every way.”

As results trickle in for some Texas races as well as the national races, there are outstanding races in other states to keep an eye on. As of Thursday, there is a U.S. Senate runoff in Georgia and other states are too close to call. However, in Texas – the statewide races have been called as the Republican candidates lead by roughly 10 percentage points in each race. Texas remaining a widely Republican state will surely have an impact on economic and social policies in years to come, political observers say.

This year, there was a big push on SMU’s campus to register voters and ensure students exercise their right to vote. Efforts included registration drives and hosting a polling location in the Hughes-Trigg Student Center.

Keeping the youngest voting generation engaged is key to making a difference, Bianca Avery, the Texas coordinator for Campus Votes Project, said Tuesday in a taped interview for SMU TV. The Campus Vote Project is a nationwide organization that works with universities, faculty, students and administrators to ensure the youngest voting generation is engaged.

“[Campus Votes Project] works to see what needs to be done to make sure this huge electorate isn’t silenced again by barriers or thoughts,” Avery said.