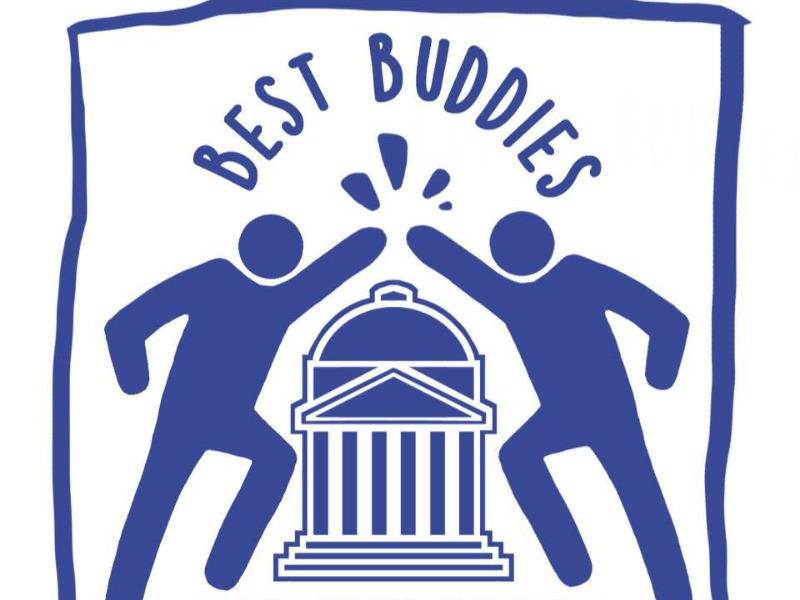 SMU student Connor Lee wakes up to his phone ringing. Groaning, he whips the sleep out of his eyes and turns towards the noise. It’s 8:30 a.m. on the dot.

He doesn’t answer it in time. A voicemail is left. But this isn’t a surprise to him. He knows exactly who it is. With a smile on his face, he unlocks his phone and presses play on the message.

“Good morning, Connor! What’s up with you on this fine day? Call me back! Bye!” Cormac’s excited voice pours into Lee’s bedroom.

Lee and Cormac have been friends for four years now. They talk on the phone nearly every day and enjoy going to the movies or hanging out. The two have a lot in common, other than one thing. Cormac has Down syndrome, and he’s been involved in the Best Buddies program for 10 years.

The two met when Lee was a freshman at SMU. Lee said he felt left out coming to SMU and not knowing many people and did not want to have someone else feel that way. Lee constantly strives to be a friend to all, and Best Buddies was a great way to do just that.

“My buddy is my friend no different than anybody else. When I talk to him on the phone, I don’t feel like there’s anything I can’t talk to him about,” Lee said. “It’s mutually beneficial and I think that’s the beauty of the program. My buddy could reach out to me just as much as I reach out to him.”

Lee has been involved with the Best Buddies organization ever since he met Cormac. Best Buddies SMU is a branch of the national organization that challenges students to end the social and physical isolation of young people in the community with intellectual or developmental disabilities (IDDs) by pairing them with students. The program seeks to normalize relationships with the IDD community.

“Students have an opportunity to do something great in the communities and it helps the buddies as well because they get to have a friend, and have a great time,” Lee said.

Lee and Cormac have a tight-knit relationship that is admired by many. They were first paired at the matching event that Best Buddies hosted in 2018, where they bonded over sports, especially basketball.

“It’s funny because we don’t talk about sports ever anymore,” Lee said.
Their relationship has developed into a long-term and loyal friendship that they both cherish. They enjoy going to the movies together and going to the buddy events that the organization hosts.

Like many in the organization, SMU student Maria Knasel has a similar story with her buddy, Sam. Knasel said she remembers the great time they had in 2019 while bowling with Lee and Cormac at Bowl and Barrel.

“The theme of the first event was twinning, so I was wearing a Stars jersey and I got Sam one,” said Knasel.

Sam was new to the program before meeting Knasel and was timid at first. The Best Buddies program transformed his social interaction skills by meeting peers in his disability community as well as the SMU community.

“I think he’s gotten so much more comfortable going to the social events and putting himself out there. Now he goes, he knows so many people, and he has a community of friends,” Knasel said.

There are 60 SMU student members and 56 members with IDDs involved in the program. This program benefits all buddies by providing the foundation of commitment and loyalty to a person. Best Buddies is not an organization in which there is a monthly meeting, but rather a commitment to a person, Lee said.

“We’ve both learned to trust each other a lot more, and he really looks forward to hanging out with me,” Knasel said. “We are genuine friends now and having friends within the special needs community is important.”

“It’s a really awesome program that builds a lot of confidence for all the individuals with special needs, they have people who want to hang out with them, both within the events hosted and outside of them,” said Elliot.

The friendships formed through Best Buddies continue to grow as time goes on. Lee’s phone sits on his bedside table waiting for the next morning wake-up call.

“It’s pretty awesome to have that relationship, and still four years later he still likes to hang out, and he enjoys my presence as much as I enjoy his,” Lee said.

SMU students across campus and in the Dallas area are engaging in new and unique ways to contribute to their communities. This is a story reported as part of a Trailblazer series by students in Annette Nevins’ Feature Writing course in spring 2022.