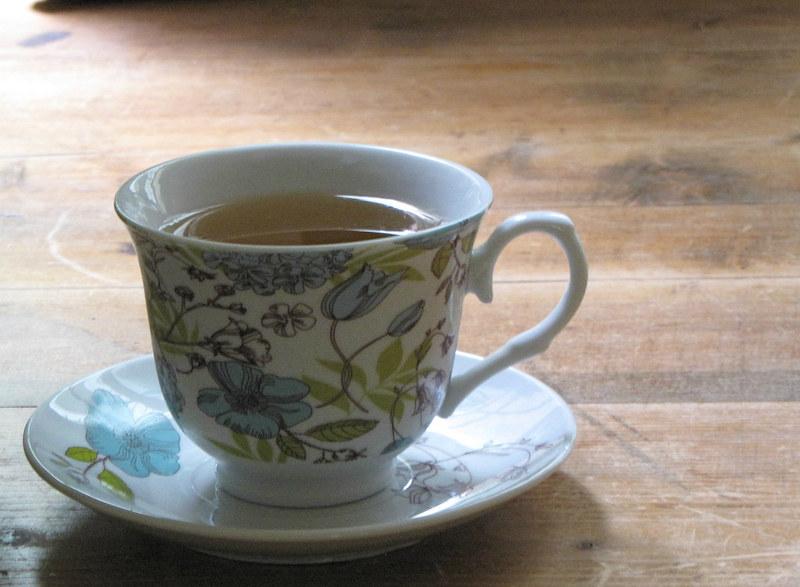 Tyler Kim, the program coordinator in the Office of the Chaplain and Religious Life, started Tea Connections one year ago. He said that he wanted to create a safe place for students from all backgrounds to come together to talk about subjects that may be hard to approach organically.

“There’s many times when some people will feel uncomfortable approaching certain situation because they’re just not aware,” Kim said.

Kim said he would like Tea Connections to be a space for students to experiment with different ideas on things like lifestyle or politics in order to learn, engage, and build tolerance. The group’s size changes each week, but has stayed small enough to allow for intimate discussions.

Sophomore Hagan Ausmann started attending Tea Connections last year. He said he went because he was intrigued by the concept, but ended up finding a group of friends. Ausmann also said he felt welcomed from his very first meeting.

“You don’t have to know anybody,” Ausmann said. “If you don’t feel comfortable, you can just kinda sit and enjoy the conversation and contribute what you want to.”

Senior Megan Sham said she was drawn to Tea Connections because she loved its core elements: cultural conversation, snacks, tea, and coffee. Kim used to provide tea, coffee, and snacks to all attendees, but couldn’t continue doing that because of COVID-19 restrictions. Sham started attending in the fall of 2019. Like Ausmann, she also said she made great friendships through Tea Connections.

“People really get to know each other through little things, little stories,” Sham said. “We learned strange facts about our friends. It makes it that much more genuine.”

Tea Connections also teaches SMU students about new cultures. Kim, Ausmann, and Sham all spoke to the fact that the event draws diverse people from many walks of life.

“It’s very different from a lot of the SMU environment, which is very American and white-washed,” Ausmann said.

Ausmann said he’s not sure how, but Tea Connections has drawn just about every type of person. Sham said it’s always interesting to see how people’s backgrounds influence the conversations, which change depending on who attends. With such a diverse group of attendees, she never knows what the group will end up talking about.

Kim said discussions tend to take interesting paths that diverge from the original topic. For example, one week the conversation went from online laughs across languages, such as “hahaha” in English or “jajaja” in Spanish. Next, the discussion moved to COVID-19 cases at SMU, then to general feelings about being on campus, then to nightlife culture. Finally, the conversation shifted to student-athletes and the Black Lives Matter protests.

Sham said it would be great if the event becomes more popular on campus since SMU is a Predominately White Institution (PWI).

“We know our campus is PWI,” Sham said. “You feel like you’re in a bubble when you have people that are like you and think like you.”

Sham said it would be healthy for more SMU students to engage in discussions outside of their culture, although she recognizes that finding groups of similar people is natural. She said many people, in the back of their minds, want to have conversations about diversity, but they may not know about Tea Connections.

Tea Connections happens every Thursday at 4 p.m. Each week, the group starts with a different topic from this list. To get involved, email Tyler Kim at sungmank@mail.smu.edu to receive the Zoom invite.