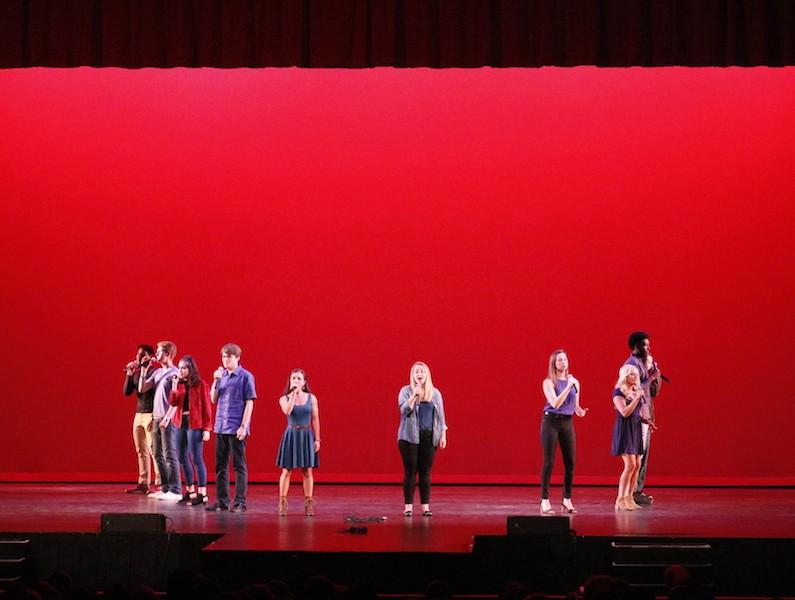 Standing in the spotlight, one student sang an original song and played guitar. In another act, young women made difficult spins in the air as men supported them. Following the beat, a tap dancer danced smoothly in quick steps.

This was SMU’s 42nd annual family weekend talent show that gave talented students a chance to shine on the stage.

SMU Student Foundation presented the talent show last Friday in McFarlin Auditorium. Almost all the seats on the first floor were filled with family members and students.

“I cannot give enough praise. There are so many talents on the stage,” SMU sophomore Avery Walker said. “I got chills every single time someone sang.”

The winner of the 2017 Family Weekend Talent Show was Stampede, an a cappella group that sang a combination of pop music songs.

The show pulled in students from different majors and grades, especially from the class of 2021. At least five or six first-year groups or individuals performed on center stage.

“We really want to bring the class of 2021 together, [and] make them kind of feel at home during family weekend,” talent show director Dylan Beams said.

The hosts dressed up in animals’ costumes and acted parts from the Broadway musical “The Lion King” in a nod to the theme of this year’s family weekend, “Wild about SMU.”

Six groups and four individuals performed during the show which included a tap dancer, a cappella groups, dancing groups and singers with original music.

The audience voted for their favorite act at the end of the show. They had a variety of acts to choose from.

A first year’s parent, Flor Barsallo, said her favorite was Mustang Mavericks, which was a country-stunt dancing group.

The committee started to plan this year’s show this time last year, but Beams said the audition took place two weeks ago.

“The talent show has come together pretty quickly in times of finding people and getting everything set up in McFarlin,” Beams said. “But family weekend in organizing, like other stuff for the talent show, has been coming up since January.”

Many audience members enjoyed the show and are looking forward to attending next year as well.

“This is amazing! I’ve got to come back!” Wacker said.