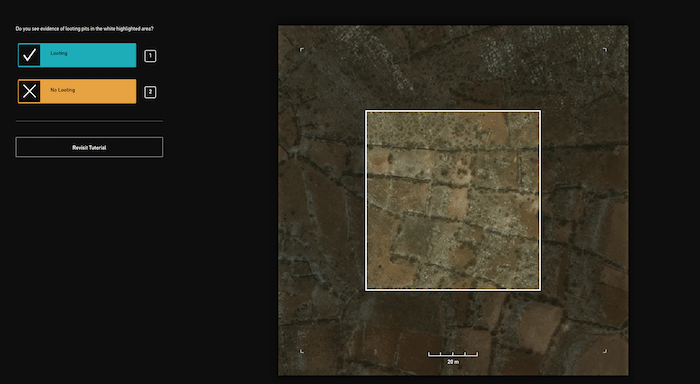 A new wave of archaeological and space technology was on display Monday night at McFarlin Auditorium during the final Tate Lecture Series of the semester. Sarah Parcak, a space archaeologist and one of the most renowned world thinkers of her time, introduced her newest, most intruding work: the GlobalXplorer.

The GlobalXplorer is an online application that uses crowdsourcing and satellite images to discover hidden or lost archaeological sites. The GlobalXplorer has already located hidden pyramids, settlements and lost tombs in Egypt. More than a million people use GlobalXplorer from more than 200 countries.

“Parcak is transforming the way the science world thinks about archaeology,” President R. Gerald Turner said as he introduced Parcak to a packed auditorium. “She incorporates 21st-century technology into later discoveries, which is a fascinating thing to see.”

As well as being a renowned space archaeologist, Parcak is also a National Geographic Explorer, author of the book “Satellite Remote Sensing for Archaeology” and founder of the Laboratory for Global Observation at the University of Alabama at Birmingham.

Parcak, who gave the Baird Lecture of the Willis M. Tate Distinguished Lecture Series, showed her discovered sights and settlements while she went on excavation tours. She believes archaeology is important to our society because it connects the past to the present.

“Archaeology gives us great perspective,” Parcak told the crowd. “Although we think things have changed over time, they have remained the same. A women’s veil in Middle Eastern society in 400 B.C. is the same veil today.”

Parcak displayed a slideshow of the GlobalXplorer interface and the process of using it to find hidden sights. She said archaeology will become a more integral aspect in society as more sights and settlements are discovered by the GlobalXplorer.

“Parcak is an inspiration to others,” junior Antoine Mellion said after the event. “She brings hope that archaeology can be one of the most important fields for the foreseeable future.”

Parcak received the TED prize in 2016 for her pioneering work as a space archaeologist. She was awarded $1 million to advance her technological work and start the campaign to design the GlobalXplorer.