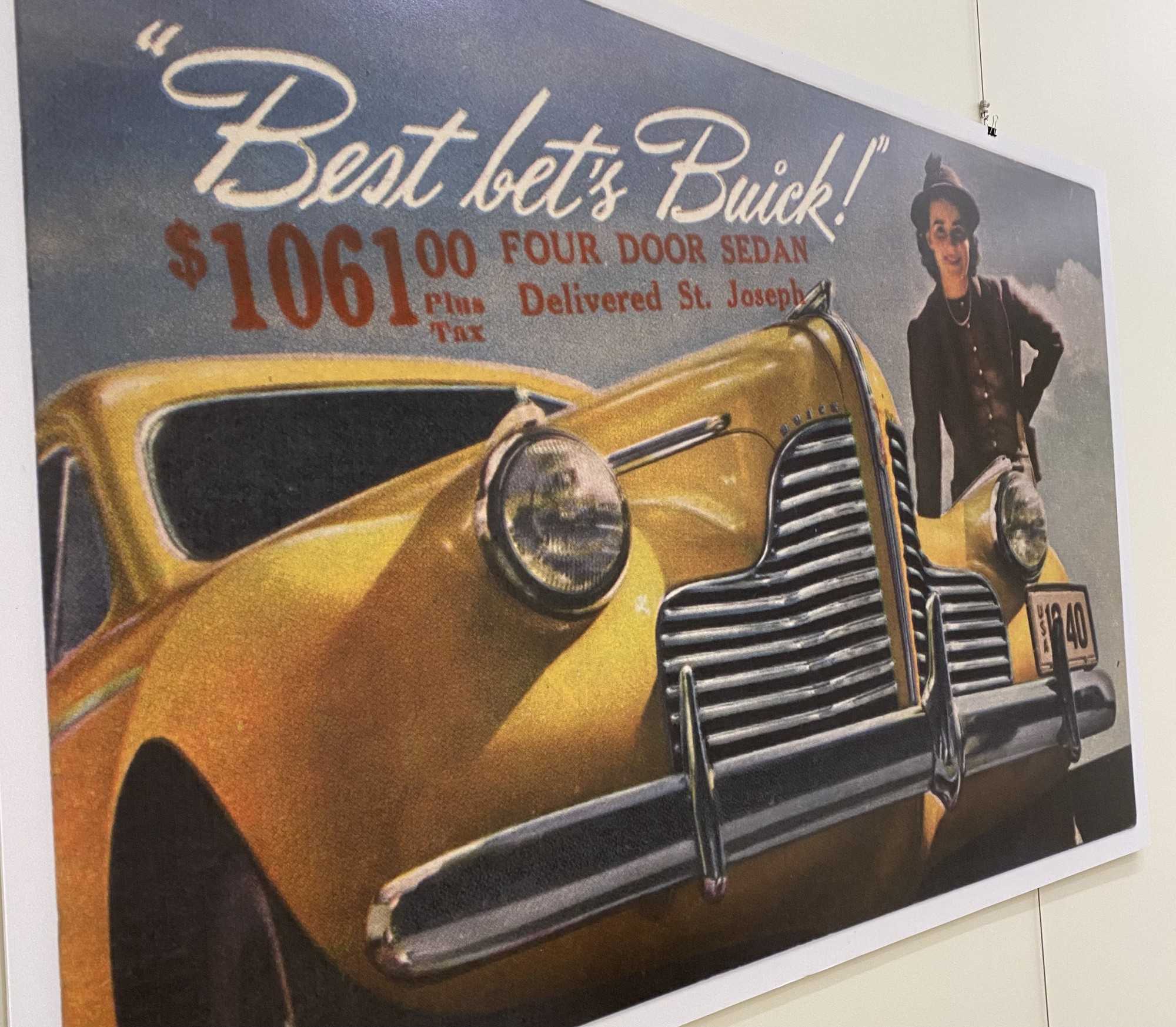 Tucked away on the third floor of Fondren Library is the DeGolyer Library, SMU’s very own collections of primary sources in the humanities, business, science, and technology. The library contains a plethora of rare books, maps, photographs and university archives, some as old as 300 years.

The DeGolyer Library is named for renowned philanthropist Everette DeGoyler. Born in 1886, DeGolyer found great success as a geophysicist working in the oil industry, but it seemed that his true passions lay in literature.

“DeGolyer was a huge bibliophile,” shared Jensen. “Many of these books were part of his own personal library.”

The DeGolyer family library was eventually donated to SMU in the late 1950s by DeGolyer’s son, Everette DeGoyler Jr. Now, the carefully preserved library serves as a huge resource for students, faculty, and staff looking to do primary source research. In fact, some of this primary source research is on display now in DeGolyer Library’s Hillcrest Foundation Exhibit Hall. 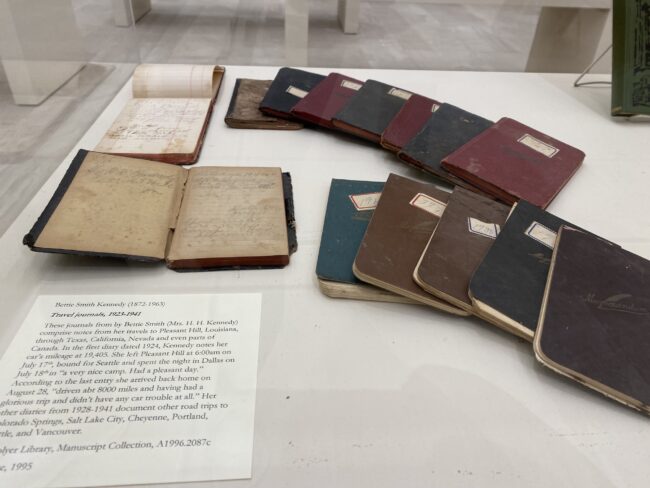 The Hillcrest Foundation Exhibit Hall, which sits just across from Fondren’s great Centennial Reading Room, showcases numerous primary source displays. During our tour of the DeGolyer Library, Daily Campus was fortunate enough to receive a tour of the Exhibit Hall’s latest display, Send Me a Postcard: Women on the Road across 19th-20th Century America. The tour was led by the creator of the exhibit herself, Samantha Dodd.

Dodd’s inspiration from the exhibit came from a scrapbook written by Elizabeth Dalrymple, which documented her travels with her friends from Pennsylvania to Colorado in 1940. From here, Dodd collected primary source materials from the DeGolyer Library to put together her exhibit, including sources from the Archives of the Women of the Southwest.

“After two years of the exhibit hall being closed, it’s so exciting to see [Send Me a Postcard] come to life,” Dodd said. 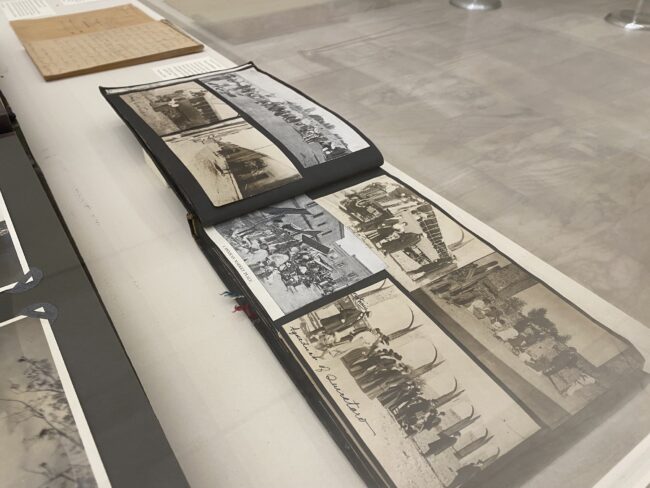 The exhibit features dozens of scrapbooks, journals, diaries, postcards, photo albums, guides, and even full-length memoirs from throughout the 19th and 20th centuries. These sources document the stories of real women traveling across the U.S. during a time when it was unusual for women to be adventurous.

“I love it because it shows that women could always do things like this,” shared Dodd. 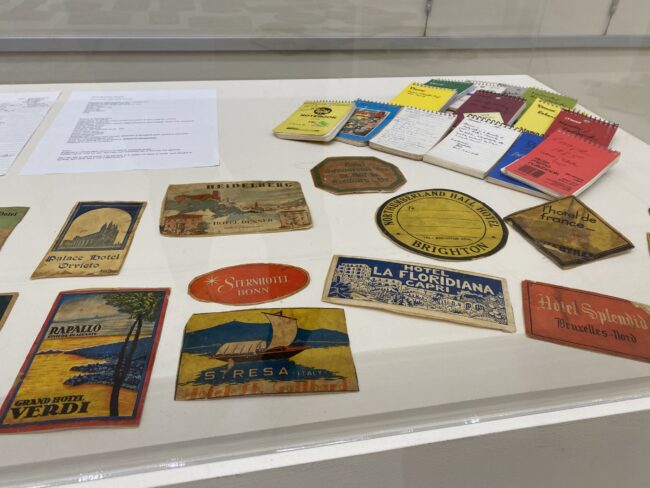 This exhibit is open to the public during the day Monday through Friday, but if you are already home for the summer, no worries! There is a virtual exhibit available as well.

“One of the good things about COVID-19 was that we can now make our exhibits virtual,” Dodd said. “Now more people can see these documents and grow to appreciate them.” 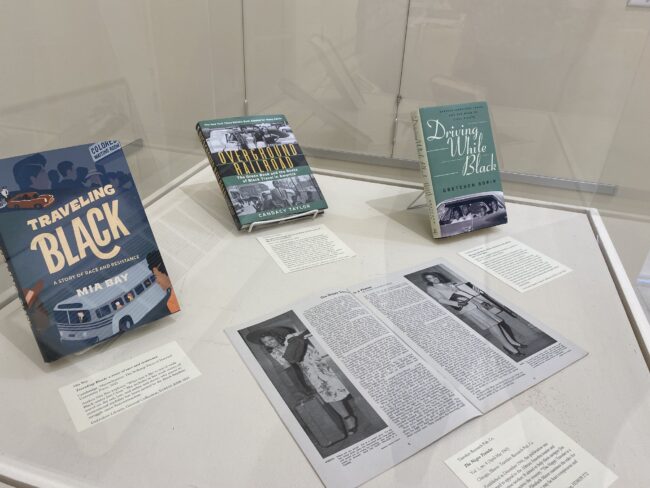 To learn more about the DeGolyer library and its history, visit the SMU Libraries website.