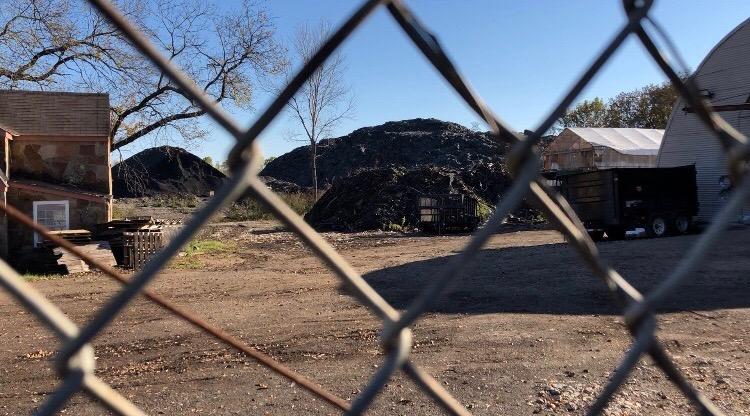 You know those little gray flaps that dominate the roofs of homes across the country? Well, those things are called shingles, and they’re usually made of asphalt. Asphalt, if you didn’t know, can be incredibly toxic, which is why a giant pile of it in South Dallas is causing so many problems.

Blue Star Recycling LLC decided to start collecting roofing shingles on a property just off of South Central Expressway. They had the intention of recycling them into something like roading down the line, and they had been given permission from the city to store around 260 tons.

Well, come December of last year, a 60,000 ton mountain of shingles sat in Marsha Jackson’s backyard, making her and her community sick.

In the summer, Judge Gena Slaughter ordered Blue Star to clean the mess up in 90 days. They didn’t comply, and Shingle Mountain stands today. Marsha Jackson claims it is still actively harming members of her community and their environment.

The environmental and public health concerns regarding the issue have prompted community members and activists to organize around the removal of Shingle Mountain and the “racist zoning” that may have allowed it to happen.

On Friday, Southern Sector Rising, an organization of which Marsha Jackson is apart, will be gathering at 12:30 p.m. outside of George Allen Courthouse to show public support for the immediate clean up of Shingle Mountain, right before the start of a hearing that is scheduled at take place at 1:30 p.m.