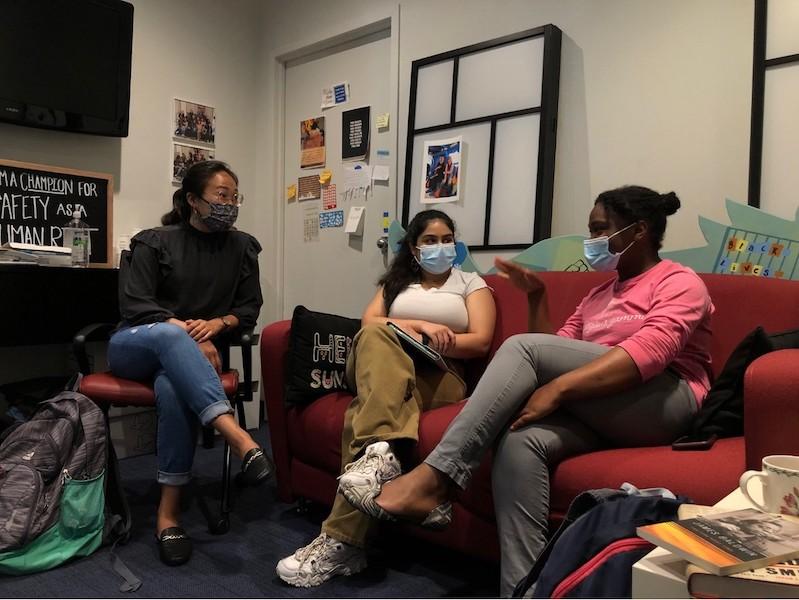 Before even stepping foot in the Human Rights Council (HRC) office, there is a palpable sense of community surrounding the second oldest building on SMU’s campus. On any given afternoon, a diverse group of students picnic on the lawn against the backdrop of the HRC’s window, which students have adorned with a Black Lives Matter protest sign and a pride flag.

Inside, Lamisa Ali, the HRC’s Homecoming Captain, scuttles from room to room, preparing for a groundbreaking royalty campaign. For her, this Homecoming has been years in the making.

This is the first Homecoming at SMU where student organizations can appoint two candidates of a non-traditional gender pairing to the Homecoming court. Additionally, the voting and awards processes will follow the gender-neutral framework detailed in the HRC’s open letter to The Daily Campus, where the organization agreed to conditionally participate in Homecoming after years of boycotts and discussions with school administration and Student Foundation (SF), the student group in charge of Homecoming.

Ali and Student Senate Chief of Staff Jo Lew were instrumental in advocating for the change. They both say SF was collaborative and willing to enact the HRC’s requests for a more inclusive Homecoming. However, Lew said some of the meetings with school administration and student organization leaders felt counterproductive to the end goals of inclusion and representation.

“If I hadn’t gone to the meeting, it would have been all cisgender people,” said Lew, who is nonbinary.

Vice President for Student Affairs K.C. Mmeje said that once the leaders of major student organizations on campus, including the Interfraternity Council and the Panhellenic Council, endorsed the changes, the administration was prepared to support them, as well.

The HRC is taking advantage of the policy change, nominating Johanna Pang and Bethany Bass to Homecoming court. Bass is nonbinary, which means if they win, they will be crowned Homecoming Royalty, as opposed to King or Queen. Bass is the first openly nonbinary Homecoming candidate in SMU’s history.

“It’s actually nice to be in a process where I don’t have to like, play gender bingo,” Bass said. To Lew, a nonbinary candidate on the Homecoming stage is meaningful, because it shows they have a place in SMU’s culture and traditions.

A handful of other organizations, including multiple dorms, nominated same-gender pairings. Ali said the change gives student groups a chance to honor their most accomplished and involved members, regardless of gender.

This year’s Homecoming court also has more nominees than ever: 43, nearly doubling the average of previous years. Mmeje said he is not sure whether the higher number is a direct result of the policy change, but the increase in participating organizations and the diversity among candidates are encouraging signs.

Members of the HRC agree SMU can take more steps to ensure inclusivity in Homecoming and on campus, but this policy change represents a victory.

“We think that by participating, we can show what a good gender-neutral campaign would look like and also show off our human rights program,” Ali said.