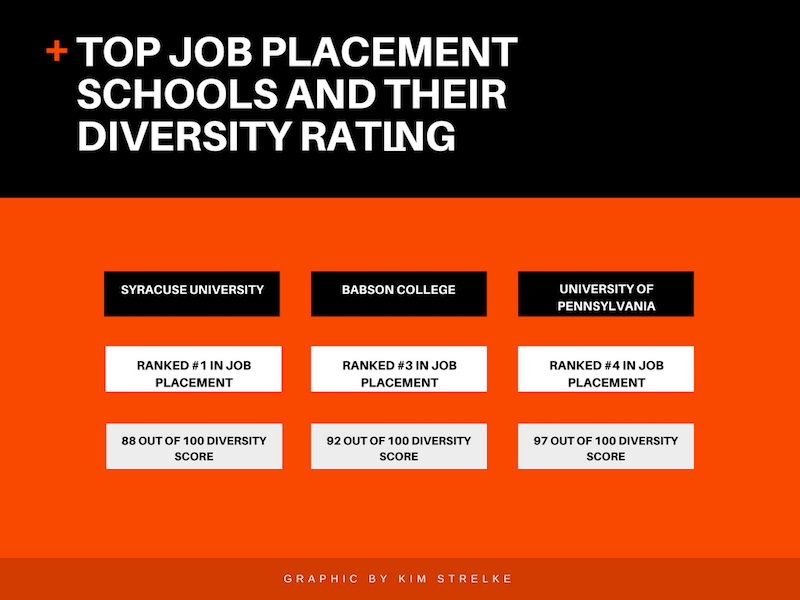 The lead partner at a financial consulting firm in Dallas told SMU Associate Professor of Organizational Communication Owen Lynch that he will never hire a SMU student again. After hiring two SMU interns in a row that were incapable of connecting with other coworkers, talking to people from other backgrounds, or thinking outside of their privileged mindset, the employer could not imagine putting up with another student who would not do what they were hired to do.

Lynch, a professor in the Division of Corporate Communications and Public Affairs and a consultant for nonprofits and companies in the Dallas area, said the employer told him about the awful experience with SMU students because he was utterly fed up with the interns.

“SMU is well-known in the Dallas area, but it is being hindered by its lack of diversity,” Lynch said. “Our campus has the reputation for being a bubble and the workforce is not like that, so employers are seeing SMU students as individuals who won’t know how to relate to their coworkers and customers and will be incompetent and rude employees.”

A 2016 report by The Century Foundation stated that 96 percent of major employers say it is important that employees be comfortable working with colleagues, customers and clients from diverse cultural backgrounds.

Emmeline Whitcomb, who graduated from SMU in May and currently works at a Dallas-based market research firm as a project manager, believes there is an SMU “bubble” and that the school tries to escape it.

“SMU was very good at pushing events and statistics that highlighted the diversity on campus so that students were at least aware of it,” Whitcomb said. “On the other hand, once you were in class it didn’t actually seem very diverse.”

“We make every effort to prepare students to interact in diverse environments,” Creston Lynch, Director of Multicultural Student Affairs, said in a phone interview. “It’s also important to equip our students with the capacity to impact society. They have to be able to work well in an office and be aware of opportunities and challenges that surround them.”

Whitcomb identified her office as being fairly diverse compared to her experience at SMU, with a wide array of ethnicities and personal styles. She said that her office was casual in attire and that on any given day, someone would be wearing raggedy jeans and a T-shirt.

“Going into my interview at this casual office, I felt like my interviewer might have had some preconceived ideas on what I would be like coming from SMU,” Whitcomb said. “I assumed they might think I was stuffy and pretentious in comparison to their office culture.”

Sara Langone, who also graduated from SMU in May, also believed her interviewers might have some preconceived ideas of SMU before she walked in — but in a positive way. She felt confident that SMU’s academic reputation would precede her when she interviewed for jobs in the management consulting field.

“Companies that I interviewed with had previously hired a lot of SMU grads,” Langone, who majored in organizational communication and political science, said. “So, I knew that the name was well-respected. In other locations, I’m sure my experience would have been very different.”

Erin Granberry, a student who looked for a job in Dallas after graduating in May from Tulane University with a degree in Engineering Physics, found that Tulane was not as recognizable by employers in the Dallas area. She felt that this lack of recognition was not always advantageous in her job search.

“Employers knew nothing about my major or school, and so some companies were more inclined to take students from schools that they knew well, like SMU,” Granberry said.

Tulane University has a larger African-American and a larger Jewish population than SMU, so Granberry was able to talk about her experience in a community that was very different and more diverse than her hometown — Houston — and her desired work location — Dallas.

Lynch pointed out that the ability to interact with people from different cultures and backgrounds, such as Granberry’s, is important to employers.

“Cultural intelligence and the ability to communicate or interact across beliefs and personalities is a key quality,” Lynch said. “The more diverse the university a student comes from is, the more prepared they are going to look.”