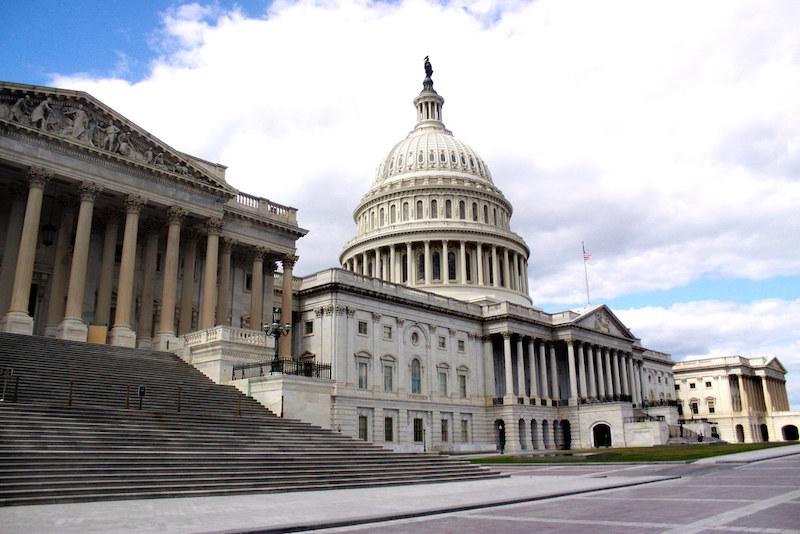 Editor’s Note: This story was reported on by Sriya Reddy, Audrey McClure and Kevin Reynolds.

Armed supporters of President Donald Trump stormed the Capitol building in Washington D.C. on Wednesday afternoon, halting Congress’s count of the electoral college ballots and resulting in four deaths. President Trump conceded to President-elect Joe Biden on Thursday evening following the riots. Current and former SMU leaders and students from across the political spectrum voiced frustration at the situation in D.C.

University President R. Gerald Turner responded to the event on Thursday afternoon. He acknowledged SMU’s role in creating an environment for a productive exchange of opinions and called for a recommitment to the rule of law under the Constitution.

“The violence and disruption at the U.S. Capitol yesterday were deplorable, as is any attempt to erode the founding principles of our great nation.”

Former SMU College Republicans president Hailey Dunn, class of 2014, said she was unfortunately not surprised to see the outbreak of violence.

“As Americans, our right to protest is absolute. That right does not allow for the seditious acts that are occurring at the Capitol as we speak,” Dunn said. “We are witnessing a dark day for the Republican Party.”

The electoral ballot count is usually a routine event. However, Trump’s continued allegations of voter fraud and meddling by Democrats have sowed doubt about the validity of the 2020 election among some of his supporters, despite dozens of court rulings determining Trump’s claims to be false and unfounded. Dunn, who voted for Trump three times, said that she and many of her fellow Republicans are disappointed that the president’s rhetoric led to this point.

“I cannot blame him entirely, though. Both parties have spewed such vitriol for years that we are now at a point of what seems like no return,” Dunn said. “I have known many wonderful people who have dedicated their lives to the service of the Republican Party and the promotion of conservative values. I am hopeful that they can and will redeem this party after today’s events.”

Colin Smith, Class of 2020, was also a former SMU College Republicans president and he said that as members of the Republican party, it is their duty to respect laws, institutions and representatives. This is why he condemned the acts in Washington D.C.

“A small group of lawless individuals chose to push our Republic one step closer towards an irreconcilable end,” Smith said over email. “Their actions were irresponsibly emboldened by individuals who benefit during times of instability and division.”

Smith said that the events in Washington D.C were just another installment of the degradation of decency in American politics from bad actors on both sides.

“We are forced to live with the America that is currently being created,” Smith said. “Luckily, many young Americans possess the intelligence and moral fortitude to get our country back on track. Perhaps the time will soon come for us to do just that.”

Some student leaders, including President of the African Student Association (ASA) Abena Marfo were angered by the violence as well as Capitol police’s relatively subdued response to Wednesday’s riot in comparison to BLM protests over the summer.

“I was angry because the privilege that these terrorists have is something that no other group has ever or will ever experience,” Marfo said. “To be able to waltz in, destroy, and loot the Capitol building and leave with barely a scratch is a live representation of what it is to be white in America. Black people protest for their basic human rights and are gunned down like animals.”

Marfo said that she knew that the anger from Trump supporters had been building up, but was surprised at the actual lengths it came to. Fourteen police officers were injured at the Capitol building, and police also discovered a vehicle containing a cooler of bombs and a long gun according to D.C. Metropolitan Police Chief Robert Contee at a Thursday news conference.

“I 1000 percent disagree with the actions of the mob, their goal wasn’t to push for awareness of this so-called ‘election fraud.’” she said. “Their end goal was to instill fear and to exercise their white supremacy.”

To Tyne Dickson, founder of SMU@BLM, the violence further proves the importance of the demands Black students have been fighting for this year. Dickson said that she is not surprised because President Trump has been inciting violence throughout his presidency.

“We finally get to witness just how deeply ingrained white supremacy is in our society. This is why structurally changing SMU is so important,” Dickson said. “It is so far in this country that you can become a domestic terrorist in Washington D.C. and not be dead on the floor.”

For Ra-Sun Kazadi, the diversity and inclusion chair of SMU’s Black Student-Athlete Committee (BSAC), this mob was personal.

His mind went to his sister, who was detained in Dallas this summer for peacefully walking with Black Lives Matter protests. This time, as he watched the news, people who barreled into the chambers of congress left without a scratch.

Videos and photos from Wednesday’s riot appear to show some police removing barricades, taking selfies with rioters, while 13 arrests have been recorded for trespassing as on Thursday afternoon, according to U.S. News and World Report.

“It made me reflect on how we were tear gassed and how my family member was detained for simply walking,” Kazadi said in a text message.

“I think the events today show that there [have] been two Americans,” he wrote. “One where you try to destroy oppressive elements in the state and one where those elements barely exist and are used as tools. I think today made a lot of people pay attention.”