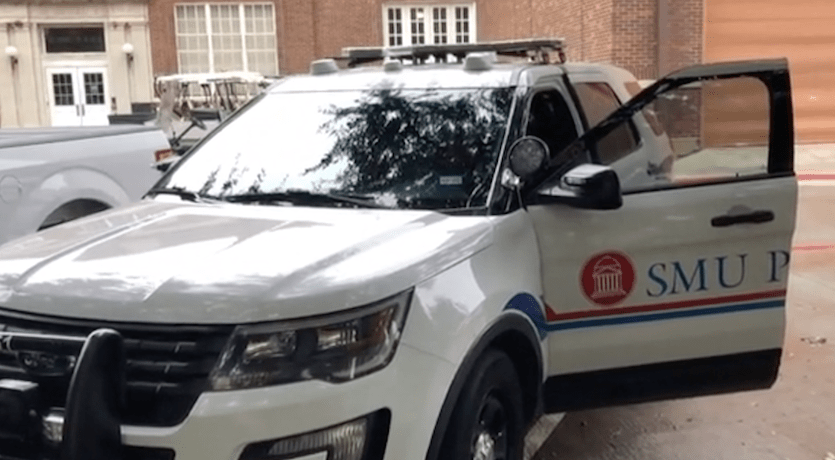 With 2,000 surveillance cameras on campus, SMU can feel like a safe area. But, many students forget crime even happens on campus, especially with the university located in the city.

“They need to be cognizant of the fact that we are still in an environment where we have outsiders come through and walk through campus,” Captain Jimmy Winn said.

Officials say underage drinking, theft, and possession of fake I.D’s are the tip three campus crimes. However, the biggest crimes reported on campus, are ones involving alcohol.

“It’s a college environment and what not. So, alcohol is a major issue here on campus and we try to deal with it the best we can,” Winn said.

However, officials say crime still occurs throughout the day.

“It depends on the crime, we handle more crimes during the day for theft and more crimes at night for alcohol,” Winn said.

One way to help officials keep the campus safe, are the students themselves.

The solution to reduce crime on campus, is to speak up and be aware.

“If you see something, say something,” SMU Senior Andrea Garza said. “It’s always better to be proactive about situations.”