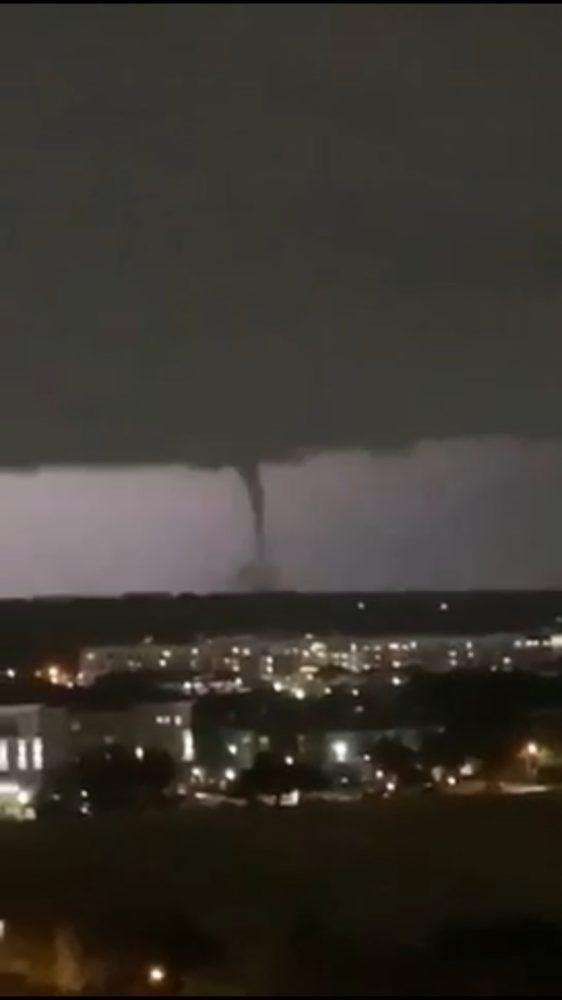 A tornado tore through the Dallas region last night along with a severe thunderstorm that was seen by SMU students on campus.

“The wind and thunder kept me and my suite mates up until 3 am,” SMU sophomore Morgan McCullough said.

Though it never made it to campus, the cyclone was spotted in the distance by some students as it headed East towards northern Arkansas. Some who looked out of their window at the right time were able to see the cyclone itself. Students received alerts on phones and emails regarding the situation.

The storm had wind gusts up to 70 mph along with heavy rain and even some half-dollar sized hail. It lasted from 9 p.m. to about 2 a.m. Around 10 people were injured, but no deaths have been reported as of yet.

Six schools across Dallas were closed Monday due to storm damages. There was no apparent damage to the SMU campus, so classes resumed as normal. The storm did, however, result in major power loss across Dallas. About 100,000 people lost power in the Metropolitan area with half of them gaining it back shortly after dawn.