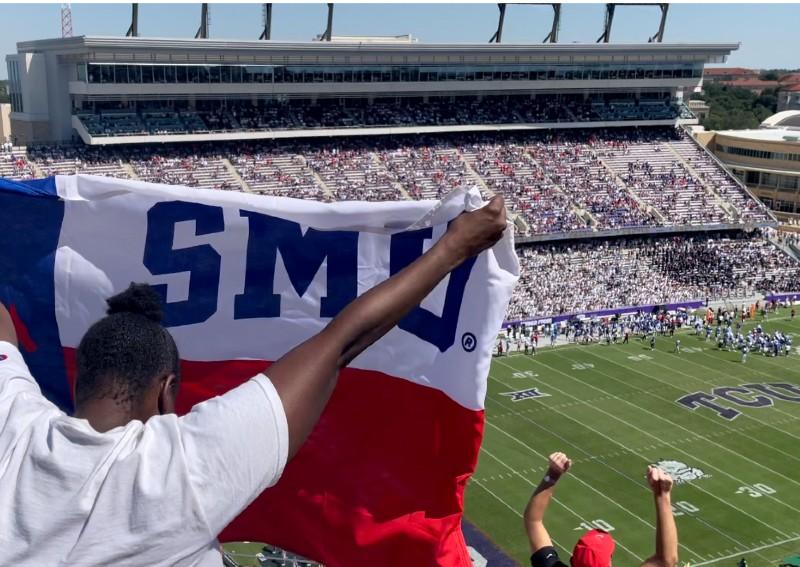 Sonny Dykes, who was the face of the program for over four years, left an SMU team high and dry mid-season to join bitter rivals TCU. For most students and fans who long-respected Dykes, that was enough to change their minds about him.

“The Sonny Dykes thing was tough,” said Emory McDowell, 22, a senior at SMU. He believes Dykes’ sudden departure is one of the reasons SMU football was disappointing last year.

With only an interim coach, SMU finished the season last year 8-4, despite starting the season 7-0. The Mustangs finished sixth in the American Athletic Conference and lost four of their last five games last season.

While the sting of Dykes’s abandonment has been significantly alleviated by his successor, Rhett Lashlee and his recent successes with the team, his image in Dallas would certainly need more time to recover.

“It’ll be good to beat them with him [Dykes] as their coach, and now I think our coach is better, so he’ll regret ever leaving SMU,” said Alejandro Martynek, a senior and Economics major at SMU.

But in a rivalry that SMU has dominated over the last few years, and at a place where SMU is yet to lose this year, many SMU students are not worried about a loss on Saturday. “They’re awful, they don’t even deserve to play us at this time,” Martynek said.

The Mustangs dominated the first two games of the Lashlee era but were narrowly defeated away in Maryland last week, losing to the Maryland Terrapins, a Big Ten school. But even with a 2-1 record, SMU has more to boast about than their opposition, who are yet to face a real challenge this season.

“I was a bit disappointed about the last result, but I think this next game is going to be a bloodbath,” said Clay Griffin, a freshman studying Economics at SMU. “They always underestimate us, so in the past couple of years we’ve always beat TCU, and I don’t think it’s going to be anything different.”

For SMU senior Mary-Thompson Charlebois, this game is of utmost importance. In her four years at SMU, she is yet to witness an SMU loss against rival TCU, and since she graduates in May, she wishes to be confident this run would continue. Dykes’s return makes her doubly determined to ensure this happens.

“I’ve discussed this with my friends all week. I know all the fans are really going to be heckling him so it should be fun and entertaining to watch,” she said. “It would be fun to see him come back this weekend.”

Saturday’s game against TCU sold out on Tuesday, and the Gerald J. Ford stadium is anticipating record levels of attendance from the student body. However, the attention this game is getting did not come without its own problems.

For one, many students have been unable to acquire tickets for members of their families, which is especially problematic as this weekend is SMU’s Family Weekend celebration.

“You definitely had to book them in advance,” said Aiden Danko, a sophomore studying Economics at SMU. “They sold out quickly.”