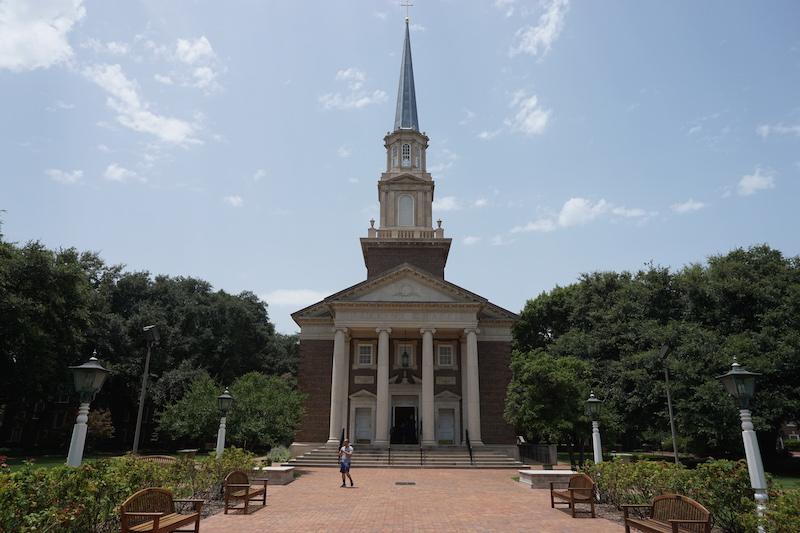 The United Methodist Church General Conference in St. Louis voted Tuesday to reinforce the church’s ban of same-sex marriage and the ordination of practicing gay clergy.

But what does that mean for the future of the church and its LGBTQ members? At this point, it is hard to predict. However, after sitting down with Ted A. Campbell of the Perkins School of Theology, it is clear changes are in store.

“The truth is [the decision] is the closest we’ve come to affirming something more progressive,” Campbell said.

This year’s conference was called specifically to discuss sexuality in the church. The first mention of homosexuality in relation to the Methodist church occurred in 1972 at a conference setting not unlike that of this week. Since then, the debate has been ongoing. Up until Tuesday, discretion has largely been local congregations’ due to the absence of an official church decision. In short, there was a “Don’t ask, don’t tell” policy. To clarify, the UMC still welcomes LGBTQ members, but they will be unable to have leadership positions.

Campbell serves as a professor of church history on campus. An alum, he received his Ph.D. in Church History from SMU in 1984 and has worked at various universities since. Campbell stressed the importance of this vote actually being the most progressive in UMC history.

“For example in the 1980s and ’90s almost all the votes on this issue in our general conference were conservative by a margin of about 600 to 300, which is really about 66 percent to 33 percent,” Campbell said. “The final decision was made on Tuesday. The majorities were consistently 55 percent for the conservative side and 45 percent on the more progressive side which is, as I say, a considerably narrower margin.”

There are many factors that have played into the growth of both the church’s liberal and conservative sides. For the former, changing values and ideals of a more progressive generation have shaped the progressive viewpoint. This, coupled with the Supreme Court’s 2015 decision to legalize gay marriage, has shed any taboo that formerly existed surrounding the topic. As for conservatives, the growth of the Methodist churches in Africa, Asia and parts of the former Soviet Union have contributed to a rise in conservative members. This is largely attributed to conservative values and the fact that same-sex attraction is still punishable by law in certain places.

Could a modern day schism be upon us?

“My prediction is there will be people leaving on both the liberal and the conservative sides,” Campbell said. “You might think ‘not conservative’ because they won, but they won by basically 54 votes, and I think they can see that the thing may be shifting against them.”

So how does this relate to a student on Southern Methodist University’s campus?

In short, it does not change much. The University and the Church are two separate institutions with separate governing bodies. SMU has emphasized its commitment that “Every Mustang will be valued.”

The only stipulation of this agreement, “The property at SMU is actually owned by the denomination,” Campbell said.

The property at SMU is actually owned by the denomination.

For now, only time will tell.

As Campbell said, “The issue won’t go away, we have another conference a year from now.”