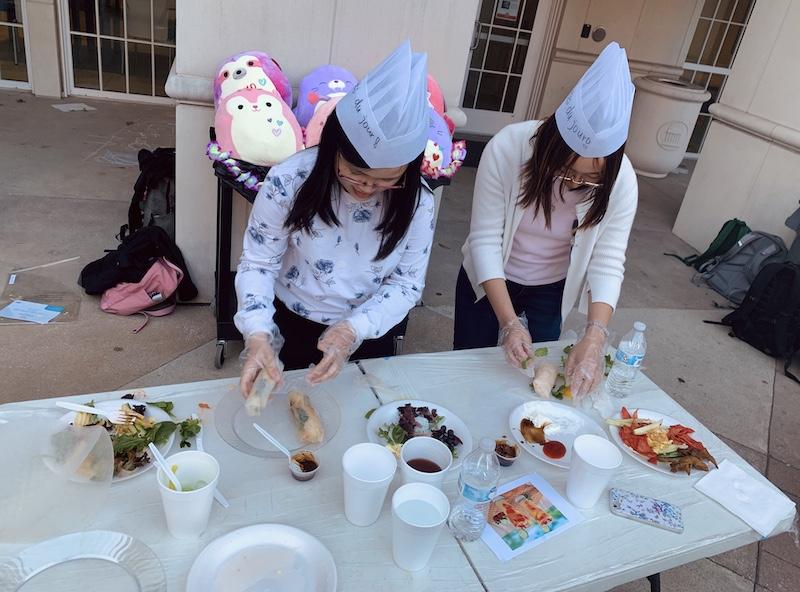 The teams made a variety of Vietnamese dishes and drinks for the VSA officers to judge.

“It was fun to compete in Masterchef Vietnam and make dishes from my home country,” SMU sophomore Lisa Phan said. “Having fun with a close-knitted community is the best.”

The competition was held in rounds, and teams received scores from the judges on the quality of their dishes at the end of each round. The top two teams who scored the highest amount of points won gift cards, and the people’s choice team, which was voted on by audience members, also won a gift card.

“Watching college students from different backgrounds coming together and mixing food around gives me so much hope in this generation of world changers,” SMU first-year Shaolong Fan said.

Those who attended the event were offered free Vietnamese food and boba tea. In addition, a photo booth was created by the VSA for attendees to take pictures by.

“Attending the cook-off was a lot of fun, and I really enjoyed learning more about the Vietnamese culture and food,” Fan said. “I definitely want to attend more events in the future to learn more about their culture.”