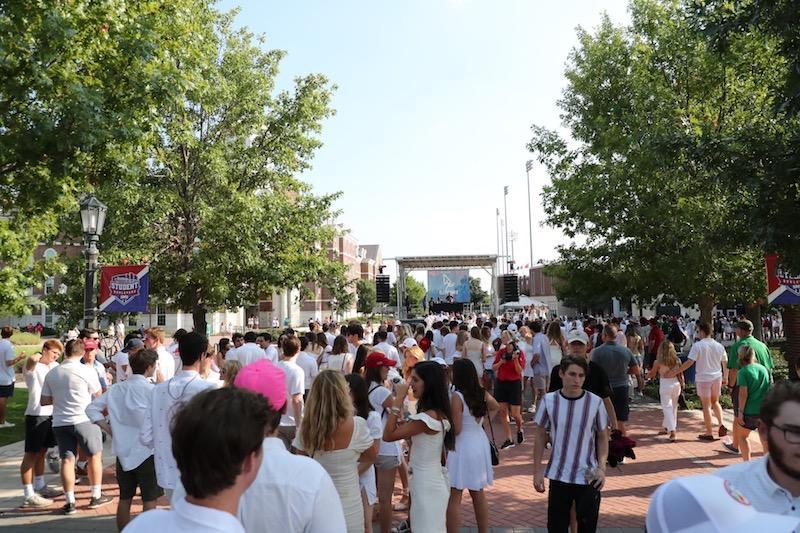 On Saturday, SMU held its second Boulevard of the season and a lot of people were not pleased, despite the impressive attendance numbers at the football game. After giving the new set-up another chance last weekend, the sentiment is clear enough: students aren’t in favor of the new changes to the Boulevard, and many voiced their opinion by deciding not to show up. You’re hearing that correctly. There was a boycott of the Boulevard, composed mostly of Greek Life members, and I don’t blame anyone who participated.

We first heard about these changes to the Boulevard when they were proposed 8 months ago, in January. Director of Athletics Rick Hart and Vice President of Student Affairs Dr. K.C. Mmeje announced the student section of the Boulevard would move to the “Mustang Mall” between Doak Walker and Bolin Plaza. There was immediate backlash from the Student Senate, as reported by our own Daily Campus, who questioned the decision by raising a list of student concerns.

A petition created on Change.org 6 months ago entitled “Keep the Boulevard on the Boulevard!” raised another list of concerns with the move and has garnered almost 2,500 signatures so far.

Chief among the concerns raised by the Senate and the petition is that the downsize of tent space in the new student section prevents groups and organizations from representing themselves on the Boulevard, as well as denying students a space to relax in the shade. It also separates students from family and alumni groups and the beautiful Dallas Hall Lawn.

These issues were not addressed by the administration on the first Boulevard or the second. Both days were extremely hot, with highs of 100 and 99 degrees Fahrenheit, respectively, and there was almost no shade in the student section on Mustang Mall.

Because there were limited tents for student groups and organizations, there were few options for staying cool while enjoying the music of Loud Luxury or walking around the Mall, and the experience was not very pleasant. The lack of tents led many student groups, including fraternities and sororities, to feel left out of the Boulevard experience. It also made them feel more inclined to skip out on the Boulevard altogether.

Her petition, which gathered over 1,500 supporters in only 2 days, outlines the ways in which the changes to the Boulevard have become a cause for concern to many members of the student body. It urges administrators to discuss these changes with students going forward.

“While there was a great student turnout at the football game itself,” Lauren writes, “there was a very low student presence at the new student boulevard.”

Perhaps in response to the petition, Rick Hart emailed the SMU community on Wednesday, September 11th, a message titled “Boulevard Feedback and Changes.” In this email, he thanked us for our feedback to the changes made to the Boulevard and promised us improvement throughout the season. These improvements must have yet to be made.

On Saturday, those of us at the Boulevard witnessed a puzzling phenomenon for the second week in a row. The new changes to the student section resulted in a poor demonstration of student energy and presence, and a poor Student Boulevard Experience in general, but again we saw good attendance numbers for the football game. If the ultimate goal of Athletics and Student Affairs, the two departments behind the changes to the Boulevard, is to increase attendance at the games, will they be willing to hear student concerns and petitions for change if it means sacrificing attendance numbers? Or will students continue to boycott the Boulevard while still showing up for the game?