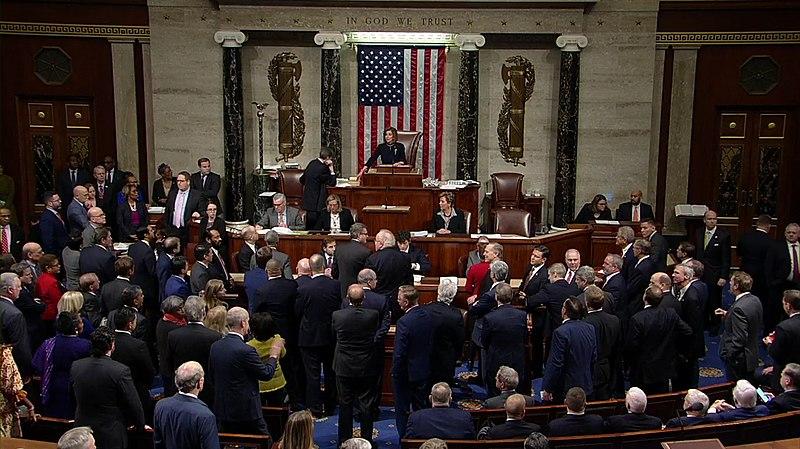 The story of impeachment began with a phone call on July 25, 2019, between President Donald Trump and Ukrainian president, Volodymyr Zelensky. President Trump withheld nearly $400 million in foreign aid until Zelensky’s Administration announced an investigation into Joe and Hunter Biden.

After an investigation by the House Judiciary and Intelligence Committees and an 85-day impeachment inquiry, the House passed two articles of impeachment on December 18, 2019. The articles were for abuse of power and obstruction of Congress.

On January 15, the House sent the articles to the Senate to begin the impeachment trial. The trial began a week later as the impeachment managers began to make their case for impeaching the president.

The trial would consist of six 12-hour debate days – three for each side – where each side could make its case without interruption. Following the opening arguments, which would conclude on January 28, senators had 16 hours to submit written questions.

In the scope of the trial, the Senate Republicans curbed the power of Chief Justice John Roberts, Jr, the presiding officer of the trial. Roberts would not be able to initiate any action in the trial without the support of a majority in the Senate despite pleas for him to call witnesses. Although they were being barred from admitting evidence from the House investigations, the impeachment managers repeatedly referenced and played clips of the testimony under oath in the House.

One bombshell during the trial was the release of a manuscript from former National Security Advisor John Bolton. This was thought to be a turning point in the witness debate, but Mitt Romney and Susan Collins were the only Republicans who crossed party lines in a vote for witnesses that failed 51-49.

Beyond that, minority leader Chuck Schumer and the House impeachment managers repeatedly tried to get the evidence from the House investigations admitted into the trial record. However, majority leader Mitch McConnell and Republicans shot down the measure in a series of votes, culminating with the 51-49 vote on January 31.

The trial has now concluded with a final vote on February 5. The Senate has acquitted President Trump on two articles of impeachment: abuse of power and obstruction of Congress.

Although it has ended, Democrats are sure to continue referencing the impeachment trial. It will likely be featured on all types of Democratic campaigns in 2020.

For a full timeline, click here. Plus, check out the impeachment episode of the Pony Pod below.