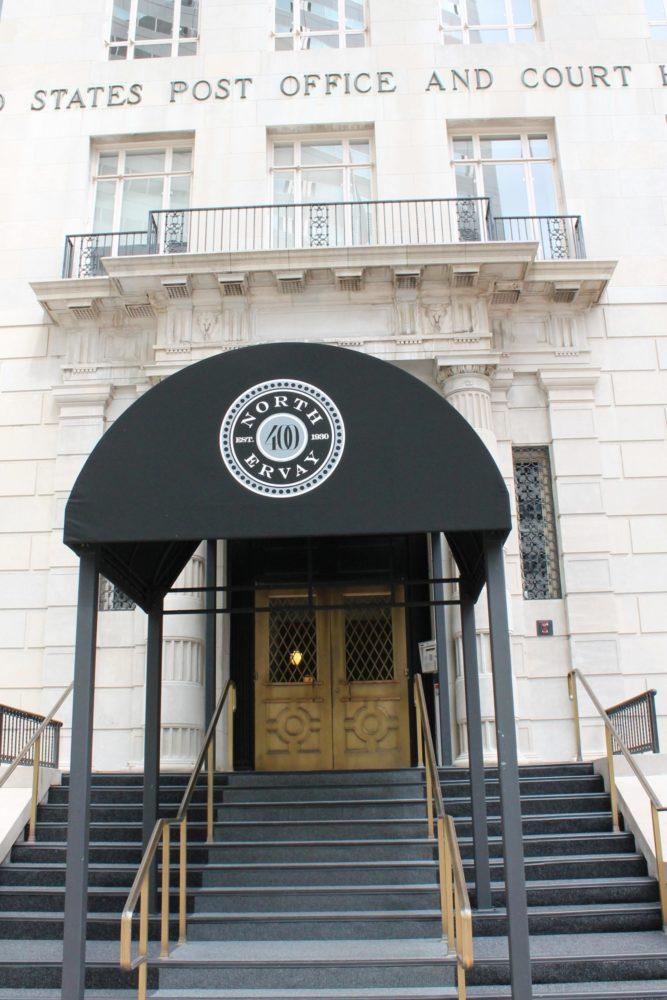 Flash back to the early twentieth century and downtown Dallas was
booming with new construction in the wake of wildcatters and the roaring
twenties.

By the 1930s and 1940s, downtown Dallas was a city densely packed with
building after building nestled in between iconic properties like Neiman
Marcus on Main Street and the 21-story Adolphus Hotel on Commerce Street, which was the tallest building in Texas from 1912¬1923 until the
construction of the what is known today as the Magnolia Hotel.

In the late 70s and early 80s, many of the smaller two and three story
buildings were torn down to make way for new skyscrapers in Dallas, said
Mark Doty, historic preservation officer for the city of Dallas and author
of the recently published book “Lost Dallas,” about some of Dallas’ most historic buildings.

Luckily, Dallas has retained numerous architecturally significant buildings that are today being repurposed for residential living and bringing people back to downtown.

“It brings a new, different purpose ¬ a new life, vitality back to the
downtown area,” said Doty.

C.C. Gonzalez-Kurz, community relations manager at Downtown Dallas,
Inc., estimates that there are currently 7,700 residents living in the central
business district downtown and a total of 35,000 residents, including those downtown, who live in the surrounding neighborhoods of Deep Ellum, Uptown and Victory Park.

Projects now underway include the Lone Star Gas Lofts, Continental
Building, Statler Hilton, 1600 Pacific, 500 S. Ervay and 1401 Elm, according
to the Downtown Dallas Inc. 2011 Annual Report. These projects and others
like them are helping to create vibrant downtown neighborhoods where people live and work.

One of the first buildings to be converted to apartments was 1900 Elm
St., which has served as a landmark space for various department stores
since 1929.

In 1998, the eight-story Renaissance Florentine style Titche-Goettinger
Building re-opened its doors to apartment residents. Developers made a point to keep many of the historic details of the building, such as the original
hand-done plasterwork, wood and terrazzo flooring, and the stage unit used
to model furs. The presidential suite is preserved just as it was in its
heyday complete with wood paneling and hidden bookshelves like you¹d see in a James Bond movie.

Logan Young, assistant manager at 1900 Elm, wishes that the property
still had the original chandeliers, but said they were quite valuable. He
confessed that the property management has no idea what actually happened to them.

Being one of the first historic lofts in downtown, the building has
witnessed the ebb and flow of the economic downturn and seen the area
recently transform once again as more buildings begin the process of
renovation. The Titche-Goettinger building has had no problem attracting
residents and maintains around a 98 percent occupancy rate.

“We have a lot of artists that live in the building because they like
the older feel,” said Young.

A municipal building back on the tax rolls

Shawn Todd, developer at Todd Interests, took note of the residential
trend and made the investment to renovate the U.S. Post Office and
Courthouse Building at 400 N. Ervay St., which opened 78 luxury apartments in November 2011. The building is now more than 70 percent leased.

“We have a project so far that¹s working,” said Todd.

The property’s history dates back to 1926 when, in the midst of the
roaring ’20s, the federal government building was approved for construction
with a budget of $1.25 million.

The building was built in an Italian Renaissance style with themes from
ancient Rome seen in the cornices, colonnades, and columns. The exterior is made out of Indiana limestone and all of the marble is from Stone Mountain, Georgia, characterized by a deep black and white pattern.

“You had the finest craftsmanship that our nation was bringing about
during the roaring ’20s,” said Todd.

When it opened in 1930, it housed the U.S. Federal Courts System,
Revenue Department, Secret Service, Federal Bureau of Investigation and
Agriculture Department. It was the government building for all of Dallas
County.

Sarah T. Hughes, a strong advocate for women’s rights and the first
woman nominee in the presidential primary process, was a federal judge
worked in the building. She is historically known for swearing in LBJ as
president on Air Force One after the JFK assassination as seen in a
photograph in between Lady Bird Johnson and Jackie Kennedy.

There have been Bonnie and Clyde related trials and Todd has been told
that Roe v. Wade was first argued in the building.

“In my 20-plus real estate career as a principal, you just don’t get an
opportunity to own an asset like this very often,” said Todd.

Since Todd acquired the property, it is now listed as a national
landmark. He is excited that he has had the rare opportunity to preserve the
building’s unique history through architecture.

Almeda Gibson, 23, works for a healthcare company in North Dallas and is
looking for a modern apartment with updated amenities where she can
entertain her friends without overextending her budget.

“The building is pure, glorious Art Deco, reflecting the wild runaway
economic temper of Dallas,” according to documents found in the city of
Dallas achieves.

“It’s a little strange because if I wanted a roommate they would have to
make nothing,” said Gibson.

Gibson said a lot of people are worried about the apartments becoming
run-down in a year or so, but she is convinced that the proximity to other
non-affordable housing apartments nearby will prevent that from happening. 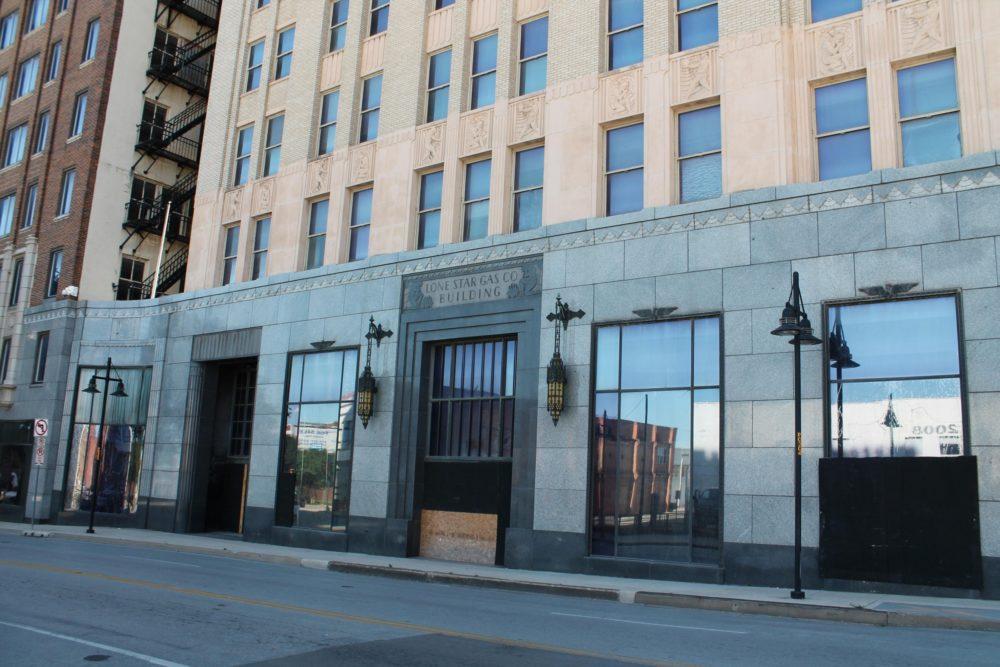 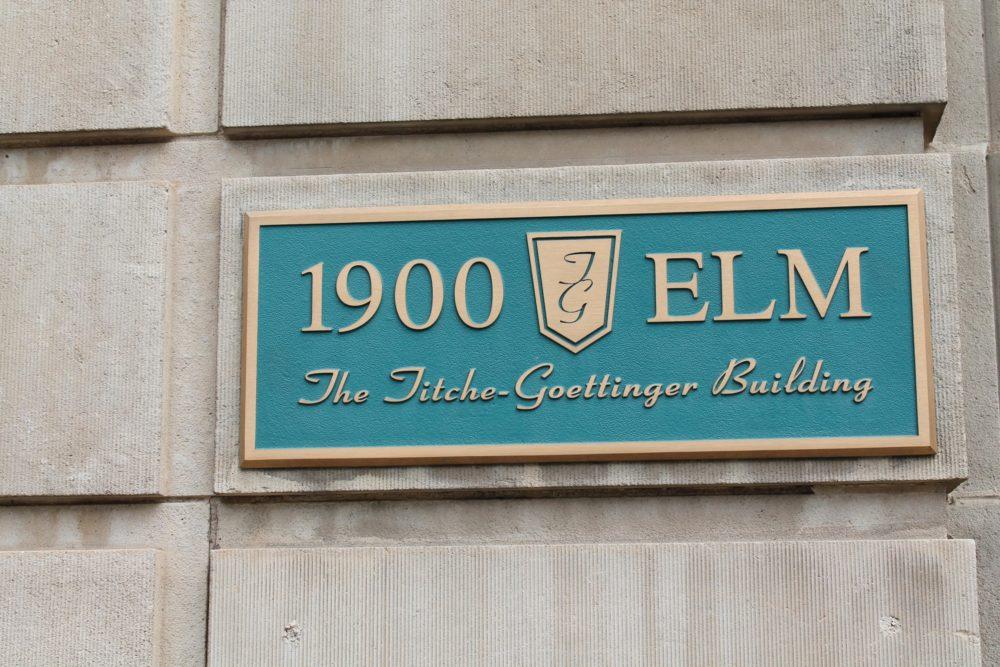