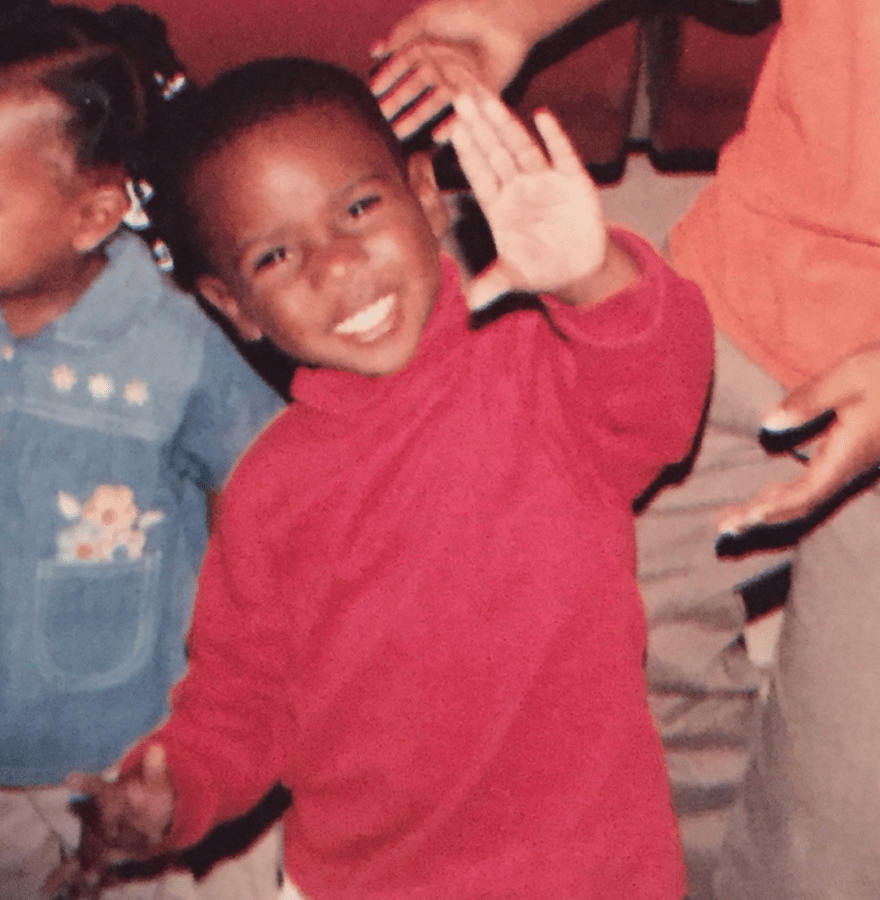 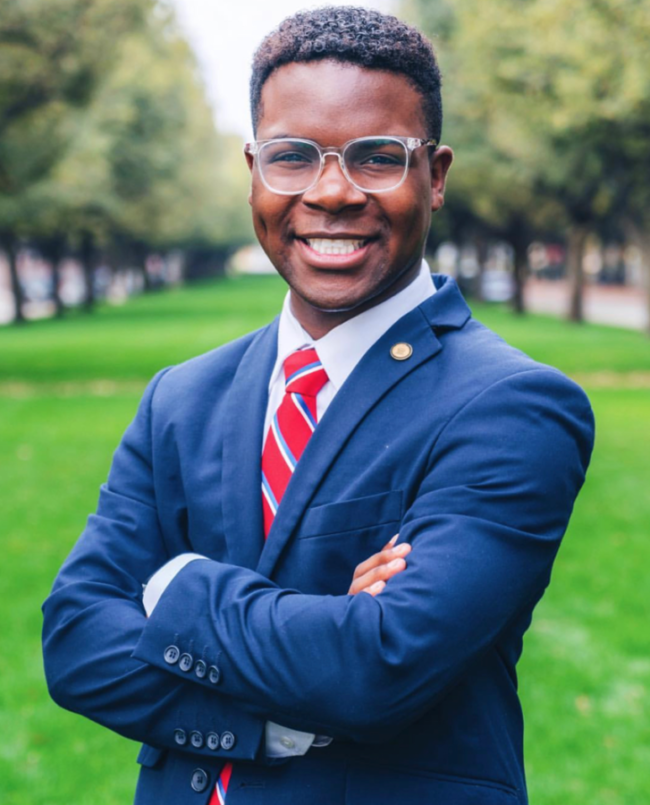 He’s a junior involved in organizations scattered across campus.

Though you may think you know a lot about Darian Taylor, there are some things you don’t know.

“Imagine sinus pressure behind your eyes and nose when you’re sick, but everywhere- in your joints, in your lungs, literally in your blood,” Taylor said.

Taylor is one of 100,000 Americans with sickle cell anemia. Less than half of a percent of the population.

His parents, Derick and Dacqueline Taylor, were both 23-years-old when they had their second child, Darian. At such a young age, they had no idea they carried the gene for sickle cell anemia, and their firstborn, Derick, entered the world without the sickness. 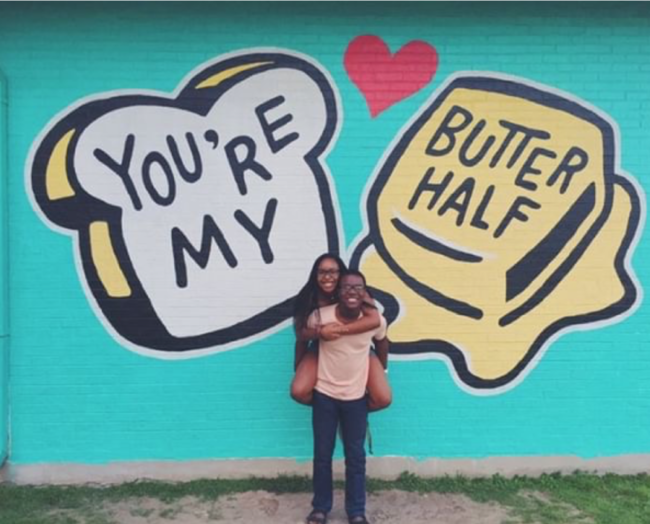 “We got closer as siblings and our battle has just made our relationship grow stronger,” sister, Dia’Monique Taylor shared.

Though most patients are aware of their sickness after birth, Darian Taylor didn’t discover it until he was a teenager.

“I was running track at a track meet,” Taylor recalled. “And then the next thing you know, I pass out and wake up in an ambulance speeding towards the hospital.”

Taylor was rushed off to the hospital and when he returned to school a week later, he left his track shoes behind and never told a soul about that life-changing day on the track field for years.

Even though Taylor’s sickness was unexpected, it propelled him to a future far brighter than he could’ve imagined at the time.

While sports were now out of the question for Taylor, leadership started to gain more and more importance in his life.

Though it seemed that sickle cell anemia affected the course of his life, Taylor’s fascination with politics had always been there, since a young age.

“We were required every summer to read the newspaper before we could watch TV or go hang out with our friends,” Taylor recalled. “Then we’d have to present about what we read, and I would always choose the political section and the opinion columns to present to him.” 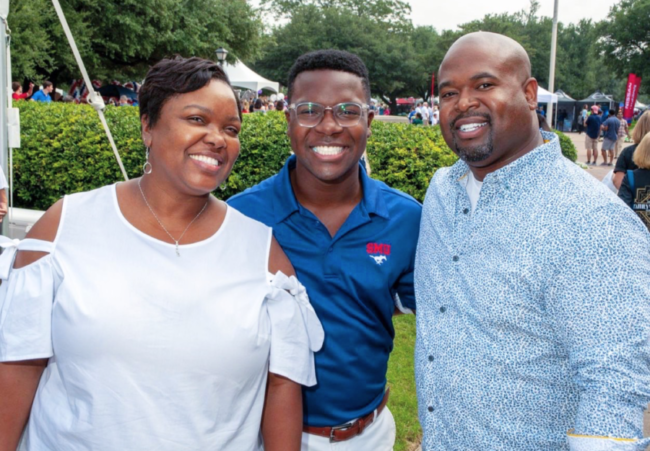 As a child, he wanted to be an actor when he grew up, but in 2009 President Barack Obama took the oath of office and changed everything.

Reading political stories and seeing that his dreams could really become reality stayed in Taylor’s mind. When it was time to give up sports due to his condition, he decided to chase his true dream of being a politician and facilitating change.

“He’s very well-spoken,” Amit Banerjee shared about Taylor, his freshmen year roommate. “He’s very specific with what he says and how he says it, and that will be really effective when trying to pursue what his goals are.”

The political role has always been a good fit for Taylor, but it’s more than his drive, dedication, and leadership, it’s Taylor’s faith, too.

Faith he seems to have even when things take a turn for the worst, like on his last night on the field when his preacher arrived.

“He prayed with me and the pain got so bad,” Taylor said.

Taylor always seems to know that everything will be alright. As for the pain…

“then suddenly it lifted up,” Taylor said.

As a reminder to stay faithful, one of the two rings Taylor wears daily has his favorite scripture engrained into the silver. 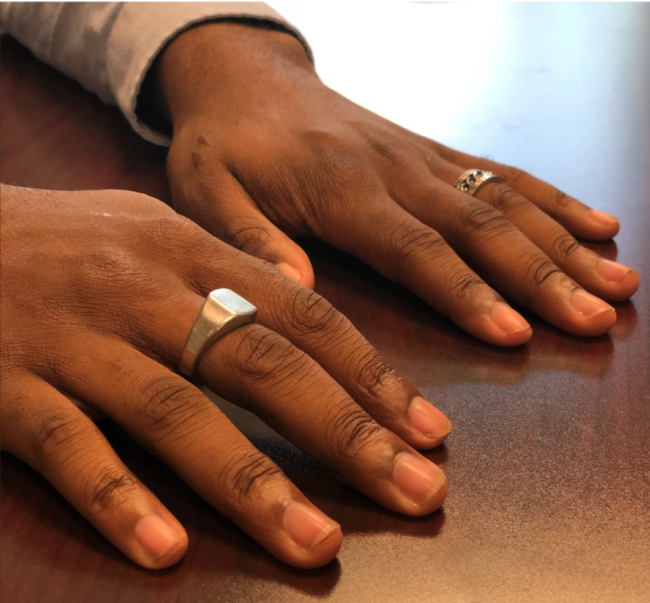 Joshua 1:9 is not only in Taylor’s heart but on his finger as well no matter where he goes.

The scripture states “Have I not commanded you? Be strong and courageous. Do not be frightened, and do not be dismayed, for the Lord your God is with you wherever you go.”

The reassuring words are equally as important as the placement of Taylor’s ring which stays on his left ring finger.

“I don’t know if you know this,” Taylor said. “But the left ring finger is believed to be the only finger that has a direct vein to the heart.”

Taylor’s other piece of jewelry is a ring on his right finger with initials that don’t just belong to him.

“Everyone in my family- all five of us -we all have the same initials,” Taylor shared.

Each one of the Taylor’s has a ring with D.T. on it to paradoxically promote individuality and unity with one another.

Along with faith and family, he carries with him four ideals. Ideals that have stuck with him before his discovery of sickle cell anemia and that will continue to long after.

Taylor’s mantra has transferred to his life so much that others see these qualities in him as well.

“When he walks into a room you’ll notice him,” Taylor’s best friend, Dalton Gibson said. “But what’s cool is that he uses that to draw people in and that’s him. He’s really caring, he really cares about people and will do anything and everything possible to impact those people around him and the greater community.” 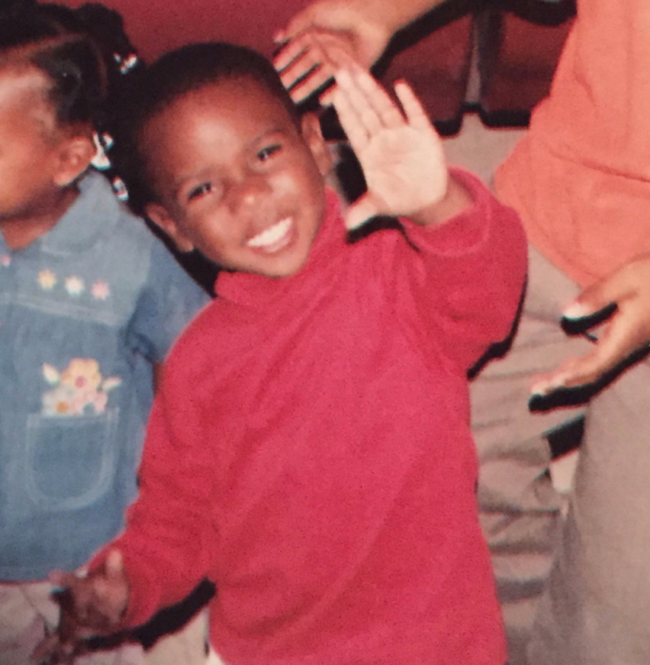 What Darian Taylor used to describe as the day that changed his life forever did nothing but make him stronger and push him towards his dreams and aspirations.

Now he denies any obstacle that attempts to stand in his way and encourages others to do the same.

“What you’re going through in this current moment is bound to change,” Taylor said. “Change just like the Dallas weather. If you just say, ‘I’m going to be hopeful and I’m going to put my mind above what else is happening then you can get through anything.”