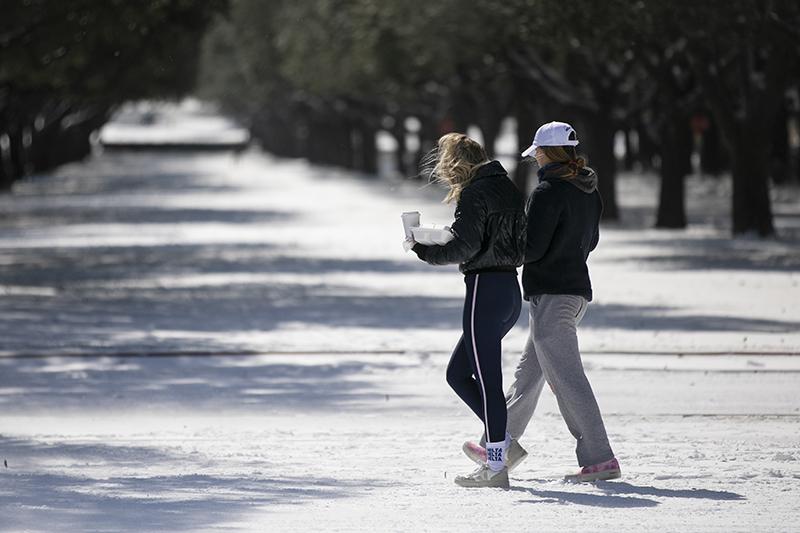 SMU has relocated students from Dyer House, SMU Service House (SMUSH) and fraternity houses to other campus dorms and a nearby hotel as dropping temperatures and rolling blackouts continue to affect campus facilities.

“We had issues with frozen pipes in some of the fraternity houses, and approximately 200 students living in those fraternity houses…were relocated” SMU’s strategic communications director Dianne Anderson told The Daily Campus. “SMU has had some of the same issues with freezing/breaking pipes and resulting water leaks that the rest of the Dallas area is experiencing, but at this time, we don’t have a full assessment available as the winter storm event is ongoing.”

Of the 1,600 on-campus students, Anderson stated that most residence halls are “managing pretty well.” The university has distributed a form to the campus community allowing students to accommodate one guest per room for the next few days. SMU has also opened up warming centers on campus to allow students to get out of the cold and charge electronics because of the ongoing rolling blackouts in the North Texas area.

Senior Matt Jackson, a resident assistant in SMUSH, said that he and other residents were forced to relocate after their building lost power and water on Monday morning.

“The situation was a bit chaotic, but that’s to be expected,” Jackson said. “I know for some other residents, there was some confusion, but that’s taken care of now.”

Jackson and other students were able to get keys and move to their temporary rooms starting at around 5 p.m. Monday.

“I hope SMU keeps its students in mind first and foremost in this emergency,” said Jackson. “There are still people stuck without power and unsure about their food situation.”

SMU Aware, SMU’s emergency notification system, sent out another email to the community at around 12:45 p.m. Tuesday stating that Fondren Library and the Hughes-Trigg Student Center will be used as emergency warming centers until 9 p.m. Those facilities will only be for SMU students to warm up and charge electronic devices.

The notification states, “[t]he buildings will be cleared and locked as of 9 p.m. with no one remaining inside them overnight.”