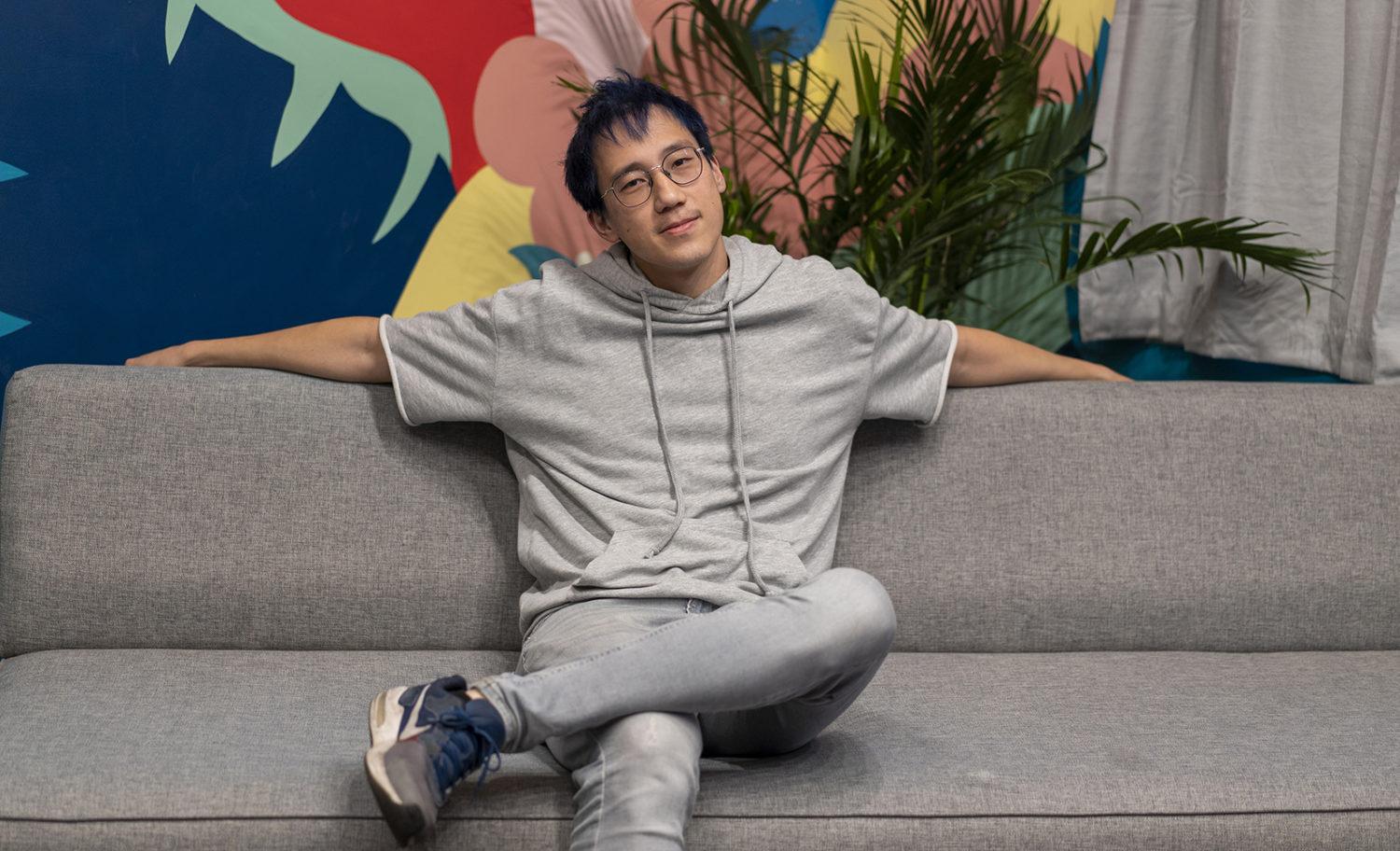 Youtube personality, Steven Lim is widely known for his successful BuzzFeed series “Worth It,” chasing his dreams in the entertainment industry, and co-founding Watcher Entertainment.

Lim took a visit down to Dallas to speak with SMU students at the Korean Student Association’s annual banquet about his journey to becoming a popular creator and the Asian American Pacific Islander (AAPI) community Friday, Oct. 29. The Daily Campus spoke to Lim about his inspirational story during a private Q&A interview after the event.

DC: What did you go to college for?

Steven: I went to college to be an engineer, and I did that because that was the path that my parents sent me on: my dad is one, my brother’s one, and my sister’s one. I was like, “maybe I should do it too.” Obviously, it didn’t work out, but I feel like I learned who I was through that process. By the way, I think engineering is really useful for me now because I had learned about problem-solving. Half my job is problem-solving right now, so I think everything did kind of come full circle.

Steven: My parents moved to Dallas four or five years ago to work at UT Arlington. My dad’s actually the interim president of the school. I come here every Thanksgiving for sure, if not more just to see them. I love Dallas, actually. It’s a very peaceful city to me. I mean, the drivers here are bad, but I like being in a place where there’s a lot of open space. I can choose from five different lanes to drive on, and the food here is amazing. It’s just such a great joy for me to be here – away from the chaos in Los Angeles.

DC: Is there a reason you came to SMU specifically?

Steven: The banquet thrown by KSA – it’s really great to be here. I got to meet some students and it’s the first time I’ve been out of my apartment in two years to see college students. I’ve done online stuff, but it’s not the same as getting to talk to people and see them face to face. Also, my parents live in Dallas.

DC: Currently, what are your main goals that you hope to achieve?

Steven: I created a new company called Watcher Entertainment after I left BuzzFeed. I really wanted that place to be a safe space for people of all different kinds of backgrounds to share their stories, to feel like they have value in this world, and to feel like they can express themselves freely. So that’s my goal with Watcher, whatever that looks like. I think it’s going to be people coming on, having their own shows. Ideally, I can use my platform to give it to other people.

DC: How did you get into making videos?

Steven: I started making videos near the end of college, and then more after college because I was really bored. I would get home from my job and just wasn’t feeling fulfilled. I was like, “what am I doing here?” So, I started thinking about all kinds of hobbies. I started drumming more, running more, I started serving more in my youth group. But the only thing that stuck with me was making these videos. I fell in love with the process of that. Then I realized I just have this love for this activity, and if I can make this a career, I’ll feel like I’ll never have to work a day in my life. That was like 10 years ago. I just haven’t looked back since then.

DC: If there is one piece of advice that you can live by, what would it be?

Steven: I have to acknowledge that, first of all, I do know this is a privileged place to be because my parents came to the United States and really had no option but to work and do the things that they had to do to get me to where I am. So, I’m very lucky that I can say this, but I truly believe that doing what you love is so important to helping you feel fulfilled as a human being, and I just love making videos. I love making content. I kind of wish I found that love earlier, but I think without the journey to getting there, I would not appreciate it as much as I do now.

Steven: I would say move to a city where there is a world of entertainment. So, LA, even Austin, I believe, has a pretty good world.

I lucked out. I mean, it was a gift from God. I made a video that went viral on no accord of my own. We had a tiny channel, somebody just found it and put it on Reddit. Luckily, BuzzFeed saw that video and I just got to work for them after that – it truly was a miracle.

DC: What unique challenges do you believe you faced as an Asian American content creator?

Steven: Man, so many, and I feel like it’s not just as a content creator. It’s feeling underestimated, feeling like I’m not taken seriously, feeling like – especially in digital media – I can be dismissed for what I do. Something I think the old Hollywood industry doesn’t understand is the amount of influence our generation can have. There’s nothing that can replace the connection that I have with people through YouTube, through social media, because it’s so intimate.

For example, we have this discord room that we participate in for our fans, and it’s such a great place to get to know them. Like that’s not something you’re ever going to see Leonardo DiCaprio do – you’re not going to see DiCaprio have a discord room with his fans. I think that’s something unique that we have: we see people as more than these numbers because we have a connection.

Steven: I don’t think I ever wanted to be white, but I did have a moment where I didn’t want to be Asian. It was just because I was so different and the stereotypes that were associated with being Asian were always negative, it sucked. It was like, “they’re nerds” – even though being a nerd is cool now – or that they’re bad at sports or have no sex appeal. I didn’t get over that until a lot later in life.

DC: What advice would you give others like yourself when it comes down to breaking into the industry and being successful?

DC: Your representation in the AAPI community influences many people. How do you hope to inspire others?

Steven: If you reduced what I do down to what it is: I cook and eat food on the internet and people watch it, and I don’t know why. What I really hope that it does is break down cultural barriers and help us see that we’re all human and there are differences to celebrate. Our differences, our Asian-ness, or whatever identity you are, is something beautiful. I think what food does is allow you to hear the stories of the people who make them – stories of people and how they craft, not only the food, but the narrative and the culture. I think that food not only is delicious but helps us hear each other better. I just want world peace and I do think food can create world peace.

DC: How would you describe the growth and adaption of social media, technology, and the ways in which they influence the world and our community? What are your thoughts on our current generation having the ability to access whatever we need by the tap of a finger?

Steven: I think, at this point of time, while I would say I’m not satisfied with the coverage that Asian Americans get, I am encouraged, because I do think there’s a lot changing, and it all is due to the community work of people that are less visible.

So, the people who are running organizations like Stop AAPI Hate, Hate is a Virus, Gold House – big shout out to those people and their work and we should be supporting what they’re doing by donating to their nonprofits.

Steven Lim’s “Worth It”:

DC: Can you tell us a behind-the-scenes story from” Worth It”?

Steven: My co-star Andrew and I have done this for so long and we get along really well. We’re like great on camera together, but there was one time in Taiwan where we got an argument during a wrap-up segment and I was pouting because I was mad at Andrew. I don’t know if you can tell because they edited it really well, but I was not responsive to anything. I was just like, “I am not going to perform on camera right now. I am true to myself. I’m not saying anything.” It’s not always perfect, you know, we get in fights. We’re not always happy.

DC: Do you ever put on a face for the camera if you’re ever feeling upset?

Steven: Yeah, I mean, it’s a job, right? You have to show up to your job and do it. Sometimes, 90% of the time, I love my job. Ten percent of the time, I have to pretend like I love my job. That’s a great ratio though. At my engineering job at P&G, it was more the other way around. No job is perfect. We all have problems at our jobs.

The YouTuber and producer finds himself slowly but surely making a change in his community by relating to many of his Asian-American viewers and building a connection with them through his uplifting and insightful stories. His comedic and down-to-earth personality makes it feel like you’re speaking with a childhood friend. Ultimately, Lim’s accomplishments and hopes for humanity through his production shows that although there are barriers that may be stopping you from acting on what you enjoy most, you should strive to stay in-touch with your dreams and desires.