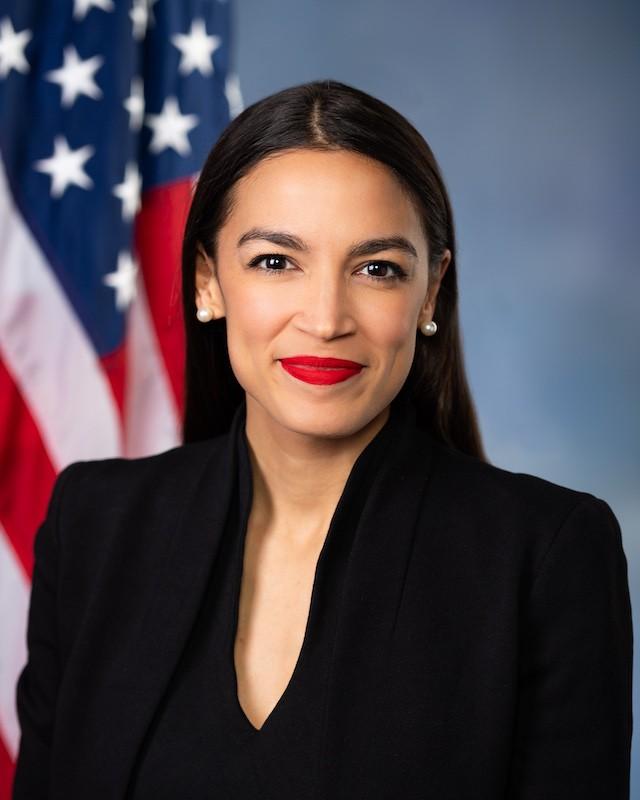 Newly elected congresswoman, Rep. Alexandria Ocasio-Cortez, is part of a new wave of women in the freshman class, but also represents an ideological left that has lacked representation in government for a long time. The result of progressive grassroots organizing, she is not just a challenge to the Republicans, but a threat to the status quo. A status quo that must be abandoned by the Democrats if there is any hope for meaningful change in mainstream politics.

Alexandria Ocasio-Cortez has been a threat to the establishment Democrats since she unseated long time Democrat Joe Crowley to represent New York’s 14th Congressional District. Having run on a platform for single-payer universal healthcare, a federal jobs guarantee, the abolition of ICE, and housing and criminal justice reform, Ocasio-Cortez represents working class needs and promises to challenge the Democratic establishment that has long served itself and special interests.

Many have been searching hard for a way to discredit Cortez, from criticism over a coat, to the resurfacing of a “Breakfast Club” inspired dancing video from her college days, but the 29-year-old, social media savvy congress member has not backed down. Her quick, witty responses on Twitter and insightful Instagram stories portray a sense of genuine accessibility. It is a stark contrast to many other politicians’ disingenuous attempts to appeal to millennials.

It’s easy for most Democrats to cheer on anyone who gets under the skin of Conservatives like Sean Hannity and President Trump, and a millennial woman of color like Ocasio-Cortez certainly checks the “diversity” box, but her identity alone is not what makes her disruptive to the status quo. This dangerous messaging compelled some people to believe Bernie Sanders would hinder social progress as an “old white man” as opposed to Hillary Clinton in 2016. Ocasio-Cortez, who also proudly identifies as a Democratic Socialist, should scare centrist establishment Democrats and show others that change must first come from within the party if they ever hope to be a legitimate force for change in the country.

Change must first come from within the party if they ever hope to be a legitimate force for change in the country.

Ocasio-Cortez made headlines when she joined a climate change sit-in protest at Nancy Pelosi’s office while still in orientation. Climate action was largely neglected by House Democrats but many young activists, along with Alexandria Ocasio-Cortez, are pushing for the implementation of a Green New Deal. She, along with only two of her Democratic colleagues, also voted against “pay-go,” a fiscally conservative rules package that could make it harder for a Green New Deal or Medicare for All to even reach a house vote. More recently, Ocasio-Cortez has been in the news for proposing a 70 percent marginal income tax rate. While many of these ideas may seem radical or fringe inside the Capitol, they are largely popular among all kinds of voters. Polls have found that Medicare for All has support among 70 percent of voters, and 59 percent support the income tax proposal. It’s time that Democrats represent the needs of their constituents and not private interests and lobbyists.

Alexandria Ocasio-Cortez is not the only newly elected progressive congresswoman making waves. Rep. Rashida Tlaib garnered national attention for her language when she stated she hoped to impeach President Trump. She and her freshman colleague, Rep. Ilhan Omar, are not just the first Muslim women elected to congress, but also the first members of congress to show support for BDS in a government that has long shown support for Israel.

The truth is, politicians like Bernie Sanders and Donald Trump are popular because people want to see legitimate change. Those advocating for bipartisanship or a return to the center are ignoring a widespread dissatisfaction with politics among the public. If Democrats want to stand a chance in 2020 and beyond that, they have to be willing to embrace politicians that are relentless and unapologetic about their desire for change.