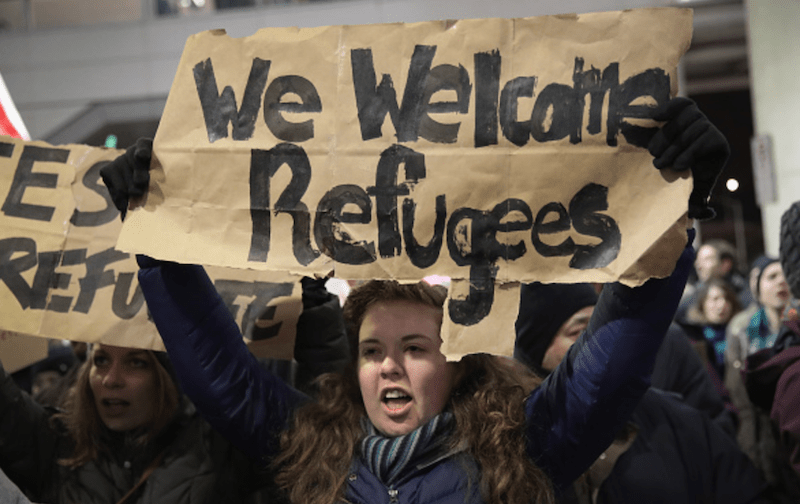 Trump’s travel ban was a sham that was completely irrelevant to the safety of our nation. Saudi Arabia, the home of 15 of the 19 Sept. 11 hijackers and surrounded by countries listed in the ban, was not on the list of countries barred from traveling to the U.S.

How many Americans have been killed on American turf by Syrian refugees or immigrants from the seven countries listed in his ban? Zero. How many people from Saudi Arabia have killed Americans on our land? All we have to do is look back at that tragic day. Yet Saudi Arabia is not listed in this ban due to its similar interests, according to the “backgrounder” page of The Council on Foreign Relations as reported by Bustle. Too much is at stake for the money-hungry Cheeto in the Oval Office to lose by including the homeland of most of the 9/11 hijackers that he loves referencing when discussing the reasoning behind the ban. It is sickly ironic.

As quoted by Bustle from the CFR’s page, “Even as Saudi Arabia diverges from U.S. foreign policy objectives in the region, the combination of common economic, security and geopolitical interests is likely to maintain strong ties between the countries for the foreseeable future.”

The only things Executive Order 13769 “accomplished” were bringing heartache to thousands, breaking dreams and shaking the spirits of families attempting to visit their sons and daughters studying here, including one of the 49 students at SMU from Iran, Osama Al Olabi. Mahya, reported only by her first name by The Dallas Morning News, changed her dream of being a student at SMU to staying in Paris due to the ban even with her visa and plane ticket in hand. According to published reports, 17,354 students from those seven countries study in U.S. colleges. They are left in worry and distress for the future, especially with an upcoming revision of the ban to be issued later this week.

The “revised” executive order being released this week, derived from Trump’s original ban, still sounds like it did before, according to The Hill’s portrayal thereof. Trump is a businessman who makes leaping jumps instead of small, low-risk moves in his presidency like he does in his business. The order did not work before and will hopefully fail again.

Not only does this joke of a ban for security purposes make us less safe, but the short-lived ban has also irreversibly broken trust between nations that we should be communicating with rather than blocking them out and creating a toxic, hostility-filled environment.