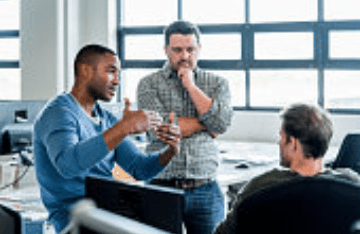 I’d like to begin my last column with a simple but earnest request: don’t ever discount the value of opinion.

Don’t fall to the cynicism and flat-out pessimism so many people feel when they think about the role of opinion in our society.

Don’t succumb to the belief that opinions are universally worthless. Reject just as fervently the foolish notion that all opinions are worthwhile.

We’ve all used some version of the line before: “This is a free country, and I’m entitled to my own opinion.” From the kindergarten playground to the Senate floor, such thinking sometimes seems to fundamentally define the functioning of the American discourse at large.

Indeed, our obsessive protection of the right to “our opinion” might be viewed as merely another manifestation of our hyper-individualist political and economic tradition.

I have my opinion, and you have yours. We’ll be cool so long as we agree; if we don’t, we’ll just agree to disagree and leave it at that. Or better yet, we won’t speak with each other at all.

This is the great tragedy of the undermining of the respect for opinion in American talk: people have stopped talking. Invoking “opinion” is merely an a priori way of saying, “I don’t agree with you, so I’m not going to consider what you have to say.”

“Opinion” has become a harbinger of epistemological lockdown — a sign of the fascistic impulse to reject what one does not understand without even letting it speak its due.

Most of life is constituted not of fact, but of opinion. Ours is a game of uncertainties, subjectivities, chances — not hard and fast truths. Things happen (or don’t) under the sway of rhetoric and persuasion, not that of objectivity, and certainly not that of reason.

Opinion — carefully considered, fiercely intelligent, passionately and compassionately argued – is one of the few things in this world that can counter such imbecility. Poetry is perhaps the only thing that does the job better, although even that is, in some sense, opinion distilled to its strongest and most robust state.

I’m not saying forget about facts. If we are to speak our opinion and expect it to be heard, we ought to know our facts better than anyone does. When we do, we can be sure that when it comes time to fight, we’ll fight fire with something hotter.

But we have to realize that the seemingly polite thing that we call discourse is a fight. The stakes have always been high, and they only seem to get higher.

The open and earnest contest of opinions will determine the future progress of that fight. If nothing else, don’t forget the place of your opinions in the struggles to come.

Don’t be afraid, when things get rough, to speak openly — in your own voice.