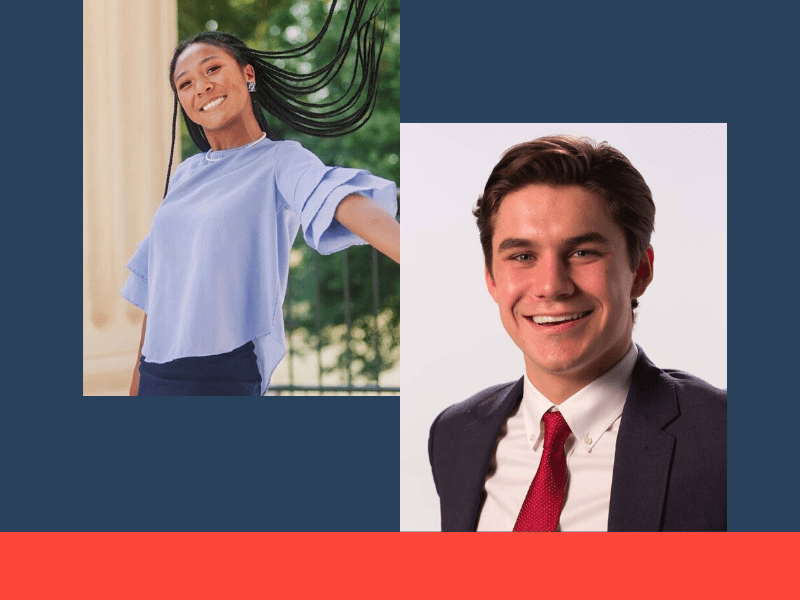 Editor’s Note: Austin Hickle is a contributing photographer for the Daily Campus. However, this does not affect our decision to endorse him. All candidates were evaluated based on their platform, plans and efficacy at communicating their goals during debates.

There seem to be three major issues of concern on SMU’s campus: inclusion, safety, and diversity. While most senate candidates champion solutions to these problems on their platforms, almost none acknowledge the problem at the root of solving these issues: SMU’s lack of transparency. Without transparency from administration, there is no way for our community to address these issues.

For this reason, the Daily Campus is endorsing Lexxi Clinton for student body president, and Austin Hickle for vice president. Both candidates are among the only ones promising to hold the university more accountable, making them the best equipped candidates to lead the 107th student senate in accomplishing meaningful change.

We believe that Lexxi Clinton is the best candidate for student body president because she is not afraid to be bold in her fight to unify the SMU community. Clinton’s involvement within marginalized communities on campus has given a voice to those who are often overlooked, while her extensive leadership experience in Greek life, as an Orientation Leader and in the student senate has given her the opportunity to build bridges between our divided campus communities.

Given her diverse and extensive leadership history, we have faith in Clinton’s capacity to push the administration to better communicate with the student body on critical matters, such as fees and safety. SMU’s refusal to release sexual assault records to student media is just one example of the university’s insidious problem with transparency, and one we hope Clinton will advocate to resolve.

Other components of Clinton’s platform that we support include reforming transfer and international student AARO sessions (an issue no other presidential candidate addresses), increased unity across all factions of Greek life and improving access to health and mental support services on campus.

The highlight of Hickle’s vice presidential platform is his focus on economic diversity. Many, if not all, of his opponents address SMU’s problem with racial and ethnic diversity. However, only Hickle recognizes that economic diversity is also a weakness on campus, and has a concrete plan to expand the university’s scholarship opportunities for low-income students.

Hickle’s proposals to combat sexual assault on and around campus are also the most developed of any of the vice presidential candidates. Some of his initiatives include implementing the SafeNight Program at popular student bars, such as Barley House and OT Tavern. Hickle has also spoken about beginning an initiative to address the “Red Zone”, a term used to refer to the spike in sexual assaults at campuses across the nation during the first six weeks of the fall semester.

Lexxi Clinton and Austin Hickle will work together to represent our student body and effectively communicate with administration so that our concerns are properly addressed. Current student body president Darian Taylor managed to breathe new life back into our student senate in an increasingly apathetic environment. We believe that Clinton and Hickle will build on that progress, and continue to grow the student body’s faith in the senate’s abilities as an institution.