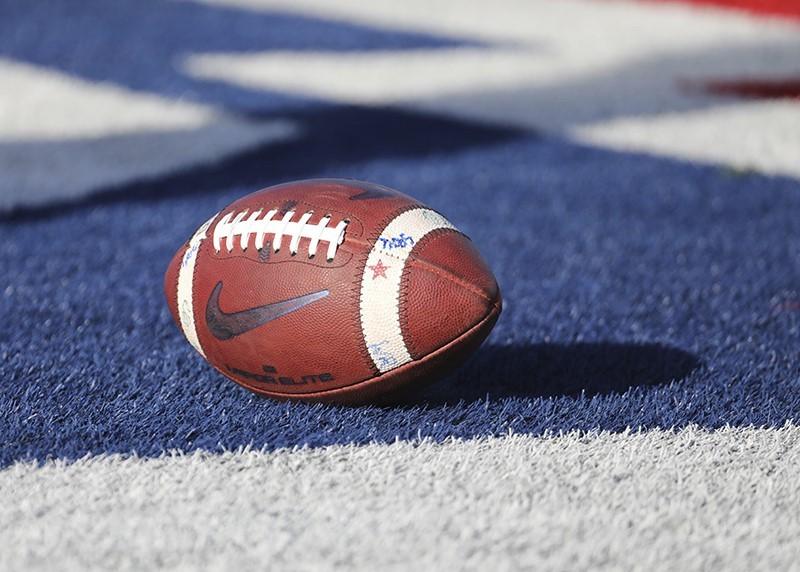 At 6-foot-3, Eric Dickerson was easily visible to fans at halftime during the final game of SMU’s 10-win season. The program’s 1983 first-draft-pick, record-breaking, Hall of Fame player was back. And if the symbolism of the SMU golden child’s return was lost on anyone, the newly minted “Triple D” logo emblazoned across Dickerson’s chest made it clear: SMU football was back, and its players would be front and center.

As SMU finally began to cast off the 33-year-old shadow of the death penalty, the Hilltop aggressively championed “Dallas’s Team.” Even Mayor Johnson got in on the act. SMU branded itself around its homegrown talent, plastering local player’s faces across billboards boasting “Born and Raised.” The 2019 season realized a dream that many SMU fans had already given up on — national relevance, College football GameDay, a Tulsa win that drew comparisons to the first “Miracle on Mockingbird”.

SMU’s players were seen as trophies, and now their humanity has become a liability.

As the players return to campus while the university begins to reopen this month, SMU would do well to remember its proclaimed dedication to its players. In a thinly veiled attempt to hold onto and capitalize off its best season in 38 years, SMU athletics is rushing back to football without regard for its student-athletes’ well-being. Eye-catching billboards and well-designed jerseys don’t make SMU immune to college football’s inclination to put money over players — much less to the global pandemic that has already taken hundreds of lives in Dallas county alone.

An incredibly complicated decision with far reaching and potentially dire consequences is essentially brushed off with empty remarks like:

‘Even if our players get sick, there is no chance it will be fatal.’

We already know the players don’t feel the same way. Some are concerned about testing, others about the return protocols, and a handful are worried about how truly “voluntary” the summer workouts are. SMU, when responding to these concerns, has had varying answers.

Athletic Director Rick Hart has said at times SMU is following procedures that are commonplace among other schools. However, as Baylor University and other Texas schools release their respective plans, we know that is not true. The most glaring oversight in SMU’s plan is the lack of continued testing after the initial antibody and diagnostic test. The athletic department insists that their plan is the “highest standard of safety.” Yet this current standard falls short of recommendations expressed by leaders in both the athletic and medical fields.

“We’re hoping the tests become even more sophisticated so you can get rapid results,” Aresco said in an interview with the Houston Chronicle. “They are going to need to keep testing.”

Dr. Anthony Fauci said that in addition to initial testing, those around players should also be monitored and “protected in the sense of wearing masks and doing social distancing to the extent possible.” While players are generally “low-risk” — young, healthy, and in shape — death and serious complications should not be the threshold. Even if it was, SMU’s current plan, or lack thereof, risks exposing plenty of others: coaches, workers, family-members, and players with pre-existing conditions.

SMU’s inconsistencies have also cast doubt as to its desire to maintain transparency and protect its players. On Wednesday, the department initially announced that all five student-athletes who tested positive for COVID-19 were asymptomatic. Then, three hours later, the university blog said that two athletes were, in fact, showing “mild, allergy like symptoms.”

As the university continues to reopen alongside loosening state regulations, 10 members of the SMU community have already tested positive for the virus. Meanwhile, SMU made national news on Monday for requiring players to sign waiver liability forms before coming back on campus. While other universities have also required their returning players to sign waivers, The New York Times said that the wording of SMU’s documents made similar approaches by other universities look “warm and fuzzy” in comparison.

“When you sign a document like that you feel scared for your safety for sure,” a football player told the Daily Campus this week.

SMU Athletics has insisted that players who do not feel safe or comfortable can simply decline to play. They have stressed the voluntary nature of the summer workout regiment, but sports have never worked that way. Voluntary workouts are more akin to a ‘“mandatory if you want to play” training sessions, and it is willfully ignorant on the part of the department to suggest otherwise.

Even SMU’s own liability form alludes to this. Student-athletes who opt to decline returning to campus are then required to file for a medical hardship or medical exception. These exemptions are typically only granted for injuries, not worries over potential health risks. The reality of university sports culture is that if you don’t practice, you don’t play. And if you don’t play, scholarships are all too likely to disappear.

SMU’s responses have been so scattered because the university is struggling to uphold a facade of unity and selfless support of its players. In reality, it is a program desperate to continue the success that it has craved for decades. But the all-consuming desire to will this fantasy into existence is risking the players who will deliver that very success.

On the same day players voiced concerns, SMU Athletics tweeted a video celebrating student athletes returning to campus. As five athletes went into self-quarantine and Dallas County experienced spikes in deaths and hospitalizations, the athletic department sent out an email asking donors to sign up for season tickets.

On the surface it is a harmless, timed message. But in reality it is emblematic of SMU’s real reason for bringing student-athletes back when the science, commonsense and health of players says no. College sports are a business, and SMU is not to blame for that. But the university doesn’t have to go about doing their business in this way. The university owes it to their players, the ones who actually have to risk their health and play, to listen.

At UCLA 30 players, including their quarterback, recently signed a list of demands outlining what would instill confidence in their ability to safely return to campus. One such demand asked for the presence of third party health professionals to ensure that the university is following appropriate safety standards. While there is no single, perfect solution for returning to campus, SMU would do well to look to these demands for some insight on how their own players feel.

If SMU truly wants us to believe that they value the community in which their players were “born and raised,” their COVID-19 response must reflect that. As it stands now their response compromises not just the players and the local community, but SMU’s own values. SMU must care for its players, even if that care extends beyond the field. After all, without players there is no football.

If you would like to share further information or perspective regarding this piece, email us at smudailycampus@gmail.com.

Editor’s Note: The National Collegiate Athletic Association (NCAA) enacted the “death penalty” in 1987, and SMU’s most successful football seasons were in 1981 and 1982. In order to more precisely reflect these dates, we have put in the exact number of years since the 1987 death penalty and 1982 season.