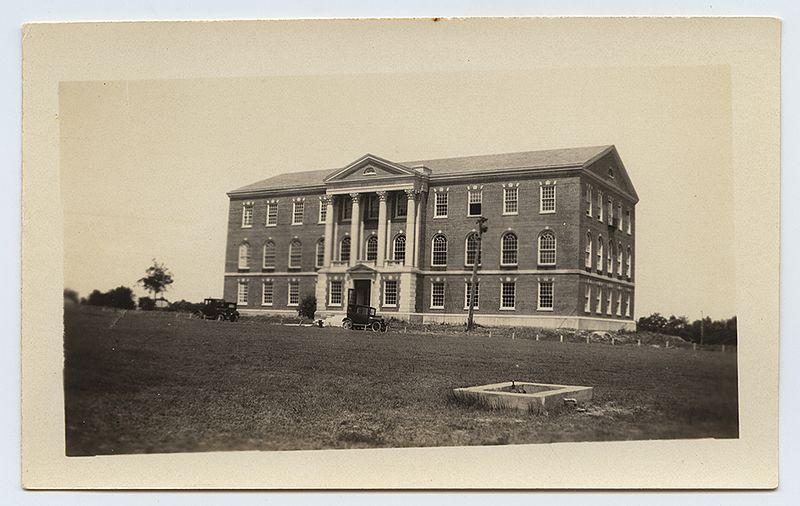 Dr. Robert S. Hyer was the first president of Southern Methodist University and helped found the university itself. He served as president from 1911 to 1920 and he continued to teach physics at SMU until his death in 1929. His portrait lies in the building named after him, Hyer Hall. I pass by it everyday on my way to my philosophy and religious studies classes, usually thinking nothing of his balding hair and small, round glasses.

That recently changed when I discovered the SMU Archives through a classmate of mine. What I found about Dr. Hyer’s philosophy on education directly contradicts how our university currently operates. We should absolutely be listening to his wise words.

A collection of SMU Archives, held by the DeGolyer Library, is available online for all to see: no SMU ID is needed to view these archives. One speech in the archives was of particular interest to me: “A Municipal University for Dallas: A Nucleus for a Group of Colleges.” In this speech, dated anywhere from 1910 to 1917, Dr. Hyer outlines his case for SMU as Dallas’ local university. (Here is the handwritten version of the speech. Here is the typed version. Date unclear.)

First, Dr. Hyer outlines his case for the rise of the large, municipal university as the future model for education as opposed to the small, rural liberal arts college:

“These small colleges almost without exception are now facing a very serious situation. Most of them are handicapped by their location. The spirit of monasticism was too often present when religious organizations located their colleges. Small towns that could be dominated by the influence of the college were felt to be preferable to cities having many varied interests and in which there were influences that might distract the minds or corrupt the character of the students. The towns which were regarded as ideal for college purposes have as a rule remained small, and after years of faithful service the college finds itself with but little local patronage and less local financial support.”

Hyer then implies these small, rural liberal arts colleges are financially inaccessible to the average person in a large population center that simply cannot afford to go to somewhere like rural New England just to obtain an education. He also wrote this:

“Many young men and women whose parents could not have afforded the cost of educating them at Oxford or Cambridge have attended classes and laboratories of the modern universities, and have found in them either the general training or the special professional equipment which they need for their work in after life.”

As a former Williams College student, I would not be lying that I felt quite smug reading that SMU originally was intended to serve a greater population than the boarding school elite I attended my freshman year with. Take that, you old money snobs! The academic programs I’m in are stronger here anyway!

However, my schadenfreude quickly ended when I thought about how SMU is in 2019, around 100 years past Dr. Hyer’s time as SMU president.

Dr. Hyer’s visions for SMU was to create a university that served the local community at an affordable price. SMU may be the university of my hometown, but it is financially inaccessible to the average Dallas student. The estimated cost of tuition during the 2019-2020 academic year for the average on-campus student with no financial aid is $76,786, according SMU’s cost of attendance site.

This tuition cost can put a significant financial dent in any Preston Hollow or Highland Park parent’s wallet, and is expensive enough to scare off many Oak Cliff or Mesquite parents from even letting their children apply, even though financial aid is available. There exists only three Dallas-specific scholarships: The Dedman Scholarship for North Dallas High School, the Stars on the Rise scholarship through the Greater Dallas Hispanic Chamber of Commerce, and the Dallas County Mustang Scholars Program. Around 59% of our undergraduate student body is from a state other than Texas according to current statistics available through SMU.

What could be the cause of these skyrocketing tuition prices and the lack of focus on high-achieving local students that may not be able to afford SMU? While the reasons for this are incredibly complex, I can tell you what drove me to attend college so far from home my freshman year: university and college rankings.

Metrics created by Forbes and U.S. News and World Report are a key factor in driving students away from their local radius and to spend more on college for the sake of inflated prestige.

Metrics created by Forbes and U.S. News and World Report are a key factor in driving students away from their local radius and compelling families to pay more on college for the sake of inflated prestige. High-achieving high schoolers and their parents treat these metrics as word of God; they drive families to send their children to the “best” schools no matter how far away they may be. In turn, universities like SMU do whatever they can to boost their profile among this select group of families, who are often of high income. They drive up their exclusivity through various tactics such as raising admissions standards, attracting out-of-state students, and raising tuition prices.

While SMU has improved in quality since Dr. Hyer’s presidency, the students that need SMU the most have been left behind. It is undeniable that several local students want to come to SMU, but cannot due to the economic exclusivity of our university. Additionally, not every local student that has the academic strength to come to SMU is eligible for a locally-focused scholarship. With that said, there are certainly initiatives, such as CIQ’s initiative, to recruit more local students to SMU.

But the question remains: what else can we do to make SMU more accessible? Are we sacrificing our commitment to the local community when rich, out-of-state students have a greater ability to come to SMU than average-to-low income students in the DFW area?

We cannot deny anymore that ranking metrics and our tuition costs have played a key role in driving SMU into a bubble away from the Dallas community. The question is, how will this university address this to retain Dr. Hyer’s vision of an accessible education for the community?