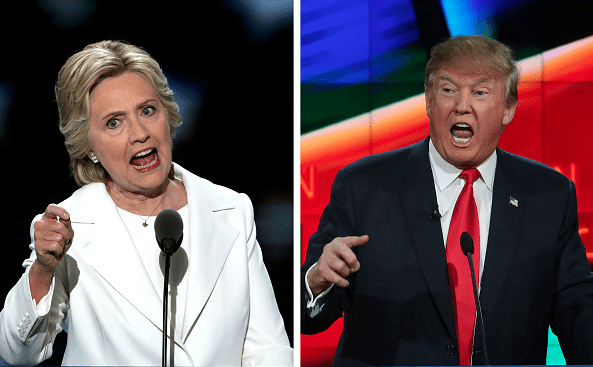 This election has been a train wreck: there is really no way around that. Through all of the twists and turns, we have ended up with two incredibly hated and polarizing candidates which to me raises the question – is democracy in America in trouble?

If it is, we are doing it to ourselves through intense polarization. It seems as if the supporters of the two candidates are caught in two entirely different worlds. Clinton supporters maintain Clinton as well-qualified and on a different level than Trump despite the scandals, while Trump supporters view Clinton as a criminal while forgiving or overlooking deep flaws in their own candidate. Neither of these supporters seem to be able to agree on the facts, or even on the same sense of reality, especially for those at the extremes.

With the primary season, we even saw these two versions of reality on different sides of the political aisle clash with violence breaking out at both Trump and Sanders rallies. When polarization has gotten so bad that violence breaks out, that makes me incredibly alarmed for the future. While protests have historically been used in American politics, democracy is fundamentally about change through votes rather than violence, and seeing that break down is alarming indeed.

Now claiming that all of this is the end of democracy in America is slightly alarmist – our political systems are well-designed and resilient and will be able to make it through this election.

But we at least have to acknowledge that we are in deep trouble with the intense polarization of this country. No matter who gets elected, what are they going to do with such a divided population? If the election is close and not a clear mandate, I do not know how either candidate can accommodate the utterly opposing viewpoints on either side. Therefore their only choice will be to cater to their base, further alienating and dividing the factions in American policy. Our nation will remain deeply divided after this election, that much seems sure.

And with that, we will likely get another four years much like the last eight, filled with lots of stalemate, indecision and half-victories when policies do manage to pass. Hopefully we can overcome this polarization and rally around common solutions to our nation’s problems, and have a smooth election cycle in the future. It is my hope that America’s democratic system will remain to run smoothly, but there has to be at least a shadow of a doubt in all of our minds that things could go incredibly poorly throughout this next term no matter who assumes the presidency.