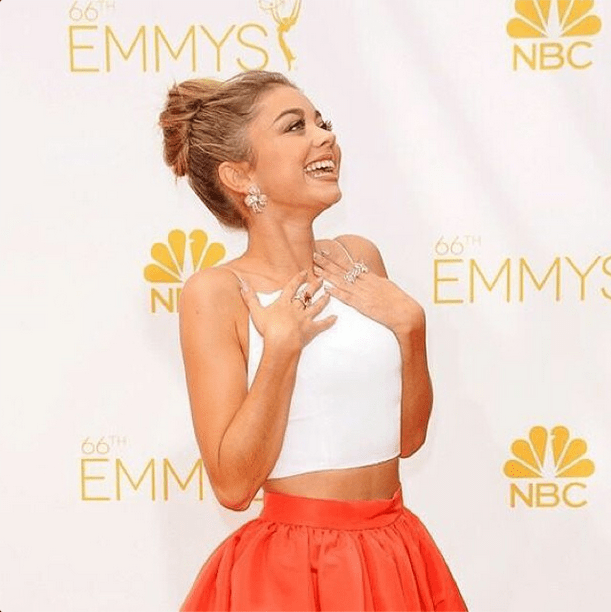 This week “Modern Family” actress Sarah Hyland has cemented her request for a restraining order against her recent ex-boyfriend Matt Prokop.

Hyland chose to end the relationship after five years.

Prokop did not take the news very well. He began stalking her, sending her voicemails threatening suicide and sent her disturbing text messages.

He also assaulted Hyland, pinning her against a car and choking her while repeatedly calling her a c***.

The unfortunate situation Hyland is going through demonstrates the aftermath of ending a long-term abusive relationship.

The restraining order documents Hyland listing multiple episodes of physical and verbal abuse over the course of four years.

Hyland and Prokop’s schizophrenic relationship, consisting of pleasant moments and horrible ones, illustrates the toxic nature of abusive relationships.

With all the abuse that Hyland endured for five years with Prokop, why wouldn’t she have left when it first happened?

The sad fact of the matter is that women who have been abused by their partners blame themselves rather than the abuser.

Craig Malkin, a clinical psychologist at Harvard Medical School, says, “They convince themselves if they approach the person differently, maybe they won’t be abused.”

One in four women experience domestic abuse in their lifetime, and it is one of the most chronically underreported crimes: only about one quarter of all physical assaults, one fifth of all rapes and one half of all stalkings are reported to the police.