After years in the wake of the 1986 death penalty, which struck each SMU sport in its own way, our school finally has a sport that everyone, students, alumni and strangers around the nation can stand behind. Basketball has become the shining star for SMU fans, who watched the team overcome struggles of its first season in the spotlight.

The Mob featured the student body’s loudest and wildest, who paid $49 to sit in courtside bleachers, and contributed to the second-largest increase in men’s basketball attendance in the nation since 2012.

While the Varsity app will offer a spot in the Mob to the most dedicated students, who have to accumulate 130 points by attending other sporting events, it also, to us, brings up a few sore spots.

Football has always reigned at SMU, even in the dark days after the death penalty. This is Texas, after all. But giving football 30 points over a measly 10 for the other sports underlines one of this school’s biggest problems in athletics. Volleyball, soccer and the many other winter and spring sports deserve just as much attention and attendance as football does. They deserve fans and supporters in the same way the basketball team needs the Mob. Treating them as second-class student athletes only perpetrates the stereotype that SMU cares the most about football.

While these sports need students to attend, the new app seems to be driving students to soccer and volleyball games for numbers alone. According to Skyler Johnson, director of promotions and game day experience, students simply have to check-in to gain the points. There is nothing stopping them from leaving after checking in on the GPS-based app. As a result, the Varsity app won’t help them gain and keep fan attendance. After the contest is over, those teams will once again be without fans.

We feel that the app will encourage competition among SMU students rather than renew school spirit for other sports.

Posted on August 25, 2014 by Editorial Board
ShareTweetShare on Google+Pin on PinterestSend with WhatsApp

Posted on August 25, 2014 by Editorial Board
#editorial board, Varsity app

The kids aren’t all right: Who really killed the student free press of SMU 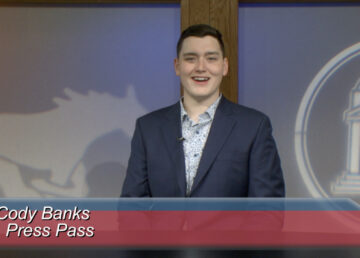 Will Daughton and Cody Banks preview SMU Football’s open practice, Brooklee Han sits down with an olympic physical therapist, and Shelby Fishman has information on the Kentucky Derby. Connect with SMU-TV on our own YouTube Channel: SMU Television, our Instagra... END_OF_DOCUMENT_TOKEN_TO_BE_REPLACED

SMU Dedman Center is the first one to lift the mask mandate after the CDC announced it nationwide, leading to changes such as an increase in people playing indoor sports. END_OF_DOCUMENT_TOKEN_TO_BE_REPLACED