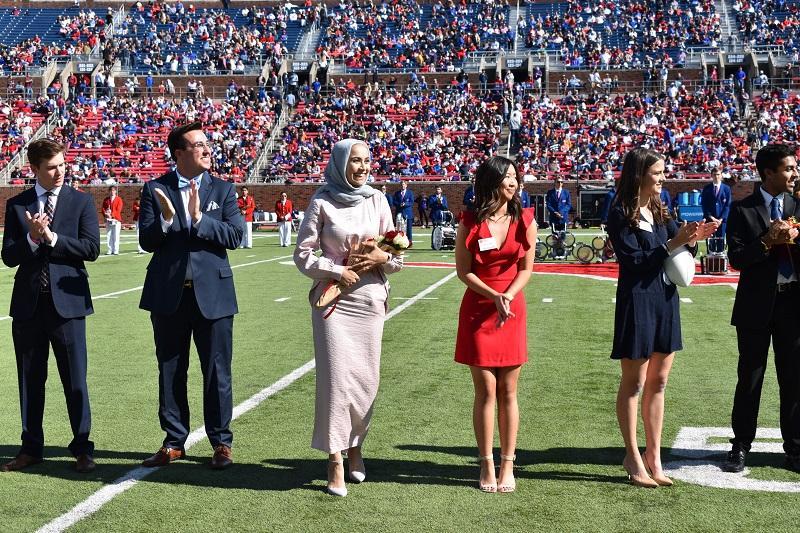 For the second year in a row, Student Foundation (SF), the organization in charge of Homecoming, has communicated and then reversed a gender-neutral Homecoming Royalty policy. Because the traditional process prevents full participation of all students in violation of SMU’s commitment to equal opportunity, we felt a responsibility to make this issue known and take action. We will be refusing to participate in Homecoming until SF implements a truly gender-neutral policy, and will be encouraging other organizations to do the same.

We hope you will read this letter, which outlines the history of the issue and the changes we are seeking. We are grateful to the organizations that have already joined us as co-signers by agreeing to boycott Homecoming until the listed changes are honored. We invite you to get involved in our efforts to build a more affirming campus for all.

We, the Human Rights Council (HRC), write to you today with concern about diversity, equity, and inclusion at SMU. As the student board of the SMU Human Rights Program, it is our organizational mission to cultivate a deep understanding of and conscious commitment to human rights among SMU’s campus community. It is an honest desire to build a more diverse, equitable, and inclusive campus that moves us to write this open letter.

For the second year in a row, Student Foundation (SF) has announced a gender-neutral Homecoming Royalty process and then reversed that decision.

However, during voting for Homecoming Royalty from Monday, October 19th to Friday, October 23rd, HRC noticed that for the second year in a row, SF did not utilize a single voting page. To our surprise, voting was still separated based on gender identity. On the Connect.SMU ballot, each student was given two votes to cast: one for a “Homecoming King” candidate and another for a “Homecoming Queen” candidate. This separation of voting by gender meant that despite written and verbal commitment detailing otherwise, SF’s 2020 Homecoming Royalty policy was not gender-neutral in practice.

It is also important to note that the decision to separate the Homecoming Royalty voting ballot into two separate sections based on gender was not communicated to Homecoming Captains—through revisions to the official Homecoming packet or otherwise. HRC only found out about the change when organization members completed the voting process themselves. This lack of communication was a violation of SF’s commitment to notifying Homecoming Captains of any substantive changes to policies in a timely manner. We could only perceive this lack of communication as an attempt to avoid confrontation about the reversed decision.

SMU’s Statement of Nondiscrimination explicitly declares, “SMU’s commitment to equal opportunity includes nondiscrimination on the basis of sexual orientation and gender identity and expression.” A gendered Homecoming Royalty process violates that statement by excluding members of the student body from full participation. HRC has tried to work with SF since 2018 to implement appropriate changes, but the problem persists.

Consequently, HRC and our co-signing organizations will be boycotting Homecoming participation until SF institutes and honors a fully gender-neutral Homecoming Royalty policy that:

We recognize and appreciate SF for the effort the organization has put into making Homecoming more inclusive. However, SF’s repeated failure to implement a gender-neutral Homecoming Royalty policy demonstrates that there is still a long way to go in making participation fully welcoming and equitable for all individuals and organizations. Considering the responsibility of the Division of Student Affairs to ensure that students grow in “sincere respect and regard for others,” we ask Divisional leaders to advise SF in permanently enacting a Homecoming process that honors stated SMU values and ensures that every Mustang, regardless of identity, can be welcomed home.

This letter will be updated with new co-signing organizations, and you can keep up with HRC’s work by following SMU Human Rights on Facebook, Twitter and Instagram.