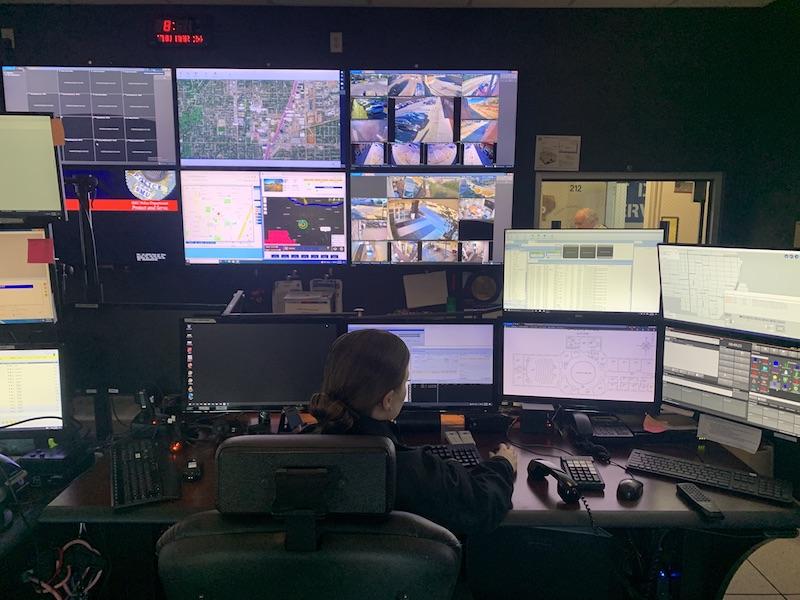 College is known to be an exhilarating time:. Landing internships, pulling all-nighters in the library, staying out late with your new friends. These are the memories that will last forever. But there are some things that happen in college students would like to forget, or wish never happened in the first place.

Earlier this semester, an SMU sophomore, Jane, (whose name has been changed for her protection) was looking for a fun night out. She met up with her friends just across the highway from campus at a bar she had been to multiple times before. TXR is a new sports bar on SMU Boulevard, across the street from Barley House, that converts into a club after 9 p.m. Bottle service, a 136-foot TV, and the famous “trash can nachos” are the main staples of this club’s experience. Its close proximity to campus makes this hangout spot a no-brainer for students. Jane was out with her friends in early March when her night took a dark turn.

She had one drink at the bar and her next memory is the inside of a hospital room where a doctor told her she had been roofied. The hospital ran a drug test on her, which came back negative, however they confirmed her blood alcohol content (BAC) was too low to put her in the state of medical emergency. They concluded that she was roofied with a drug called Rohypnol, or the “club drug,” which doesn’t show up on a standard drug test.

It’s not common knowledge that roofies are flavorless. The other drug often used to spike drinks at bars is GHB, which has a salty flavor that can be tasted. Roofies, on the other hand are tablets without taste or odor, which Kathleen M. Quinn from the Illinois Coalition Against Sexual Assault says makes them “extremely easy to add to drinks without the drinker’s awareness.” Problematically, neither of these drugs show up on standard drug tests. They only show up on date-rape panel drug tests, which have to be administered by Sexual Assault Nurse Examiners, who are stationed at specific hospitals throughout Dallas.

Lucky for this student, her boyfriend was there to help the whole time. He said that after just one drink at the bar she was incoherent and not acting like her typical self. He called 911, which given the proximity to campus alerted the SMU Police Department and sent an ambulance that took her to get medical treatment.

SMU PD asked her boyfriend if they had consumed alcohol despite being 20 years old. Her boyfriend felt comfortable answering honestly due to SMU’s “Good Samaritan” act. This act is meant to protect underage students from conduct violations in instances where they call SMU PD to help with alcohol-related situations.

The boyfriend did not get in trouble helping his girlfriend. But after the incident, the police referred Jane to the school for an “alcohol and irresponsible conduct” meeting. And yet, no investigation was opened to find the perpetrator of this crime. She felt like SMU PD had failed her.

“They just showed up and got me in trouble. It discourages me, my friends, or literally anyone from wanting to call them, even if I need help again,” Jane said.

Drinking under the legal age is against the law, sure, but this SMU student felt abandoned and unprotected from the lack of effort trying to find who had drugged her.

The fear of involving SMU PD is common among SMU students. In a survey conducted students were asked: who would you first call in an emergency on campus? Out of the students surveyed, only 13 percent of students said SMU PD would be their first choice and 50% said they would choose to deal with it themselves. They are afraid of what happened to Jane. Instead of receiving the help they need, they will be penalized for drinking underage. 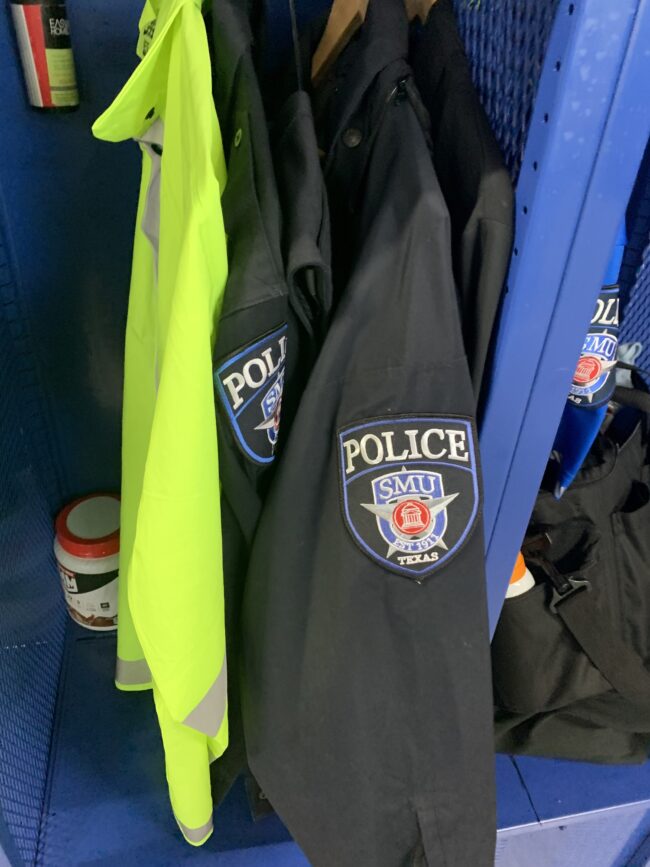 SMU PD Sergeant and Director of Community Engagement and Communications, Jesse Carr, acknowledged that there is fear and a lack of trust towards his department, and he has theories as to why this may be.

According to the SMU Campus Profile, over 50% of students come from out-of-state. After Texas, the largest populations are from California, Florida, Illinois and New York. There are students on campus from all 50 states, and 8 percent of students come from international countries. This poses a challenge for the campus police. With only four years to build a relationship with their community, they do not have enough time to build a strong foundation of trust.

Carr raised this point as one of his department’s specific concerns.

“Other than faculty and staff, we have a huge turnover,” he said. “We’re graduating a class every year and then welcoming in a new class.” This leaves a short time for the students to develop a healthy and trusting relationship with their campus police department.

According to Carr, there are two instances where police officers in Texas are required to fill out a situation report. These two are domestic violence and a violation of a protected order. Outside of these scenarios, SMU PD has what is called “officer discretion.” This gives the officer the freedom to decide in the moment what actions they think are appropriate, “Sometimes the officer always decides the same thing, other times, it’s case-by-case,” Carr said.

Other students across campus have chosen to deal with emergency situations on their own. This is because they have not had a personal encounter with the police but have heard horror stories from their friends.

On the flip side, some students say Dallas Police Department has been extremely helpful when they are in need of help. Senior student Caitlin Rembold had to dial 9-1-1 when her roommate’s vehicle was stolen out of their driveway. The house is right off Hillcrest Avenue next to campus, and early in the morning, a neighbor called concerned after hearing the car speed out of the driveway and neighborhood. Rembold called the police and within five minutes they had arrived.

Although this was University Police who responded, Sergeant Carr said the departments have a very close relationship. Both stations are notified about what is happening around campus, and are willing to help when there is an issue. After learning the make and model of the car, and watching the neighbor’s security footage, the officers were able to locate the vehicle within a few hours. The car was totaled, but the robber was arrested.

These examples of student experiences lay out the growing divide between SMU students and the campus police department. And though this gap exists, SMU PD says they are actively trying to close it. Carr says they want to remind students that their job is not to get students in trouble with the school, but to keep campus safe.

Fortunately, in the case of the anonymous student, the truth prevailed. After reporting to the conduct board, the school recognized the severity of danger she was in and did not penalize her.

Unfortunately, Jane’s experience has left her with lasting fear.

“If I have any say in a situation I am in, I will not call the police again” Jane says. “The only time I will ask for their help is if I am in an extremely serious emergency or I know for a fact I will not get in trouble.”