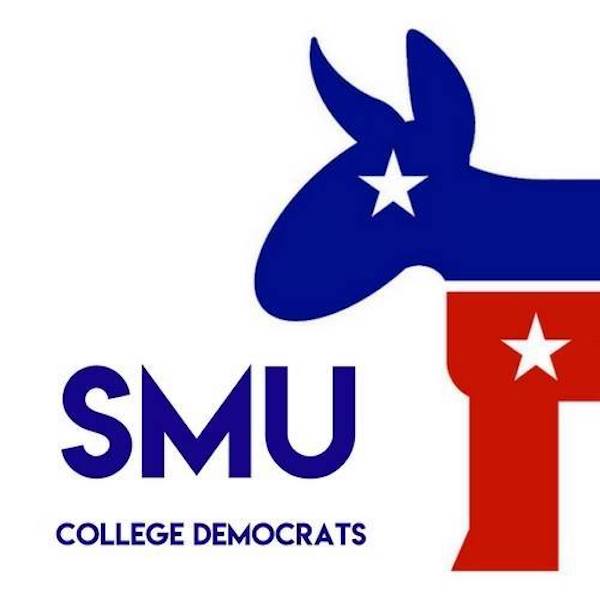 By: The SMU College Democrats

It is an incontrovertible fact: Donald Trump used his position as President of the United States to leverage legally allocated funds to Ukraine on the condition of the Ukrainian government’s announcement to investigate the Bidens.

Trump counters that there was no such conditioning because he released the aid without an announcement. But he only did so because he was caught.

This series of events was repeatedly corroborated by career public servants that have served under both Republican and Democratic administrations. George Kent, Marie Yovanovitch, William Taylor, and Lt. Colonel Alexander Vindman do not come across as fire-breathing partisans when you watch their testimony. Rather, it is absolutely clear that they are devoted public servants who have dedicated their lives to the prosperity of this country.

It is a shame that some people couldn’t care less about that.

Republican witnesses as well as Trump’s own personally appointed officers Gordon Sondland and John Bolton were appalled by his actions. In fact, every single fact-based witness corroborated that Trump used his public office for personal gain. Asking whether Trump’s actions are impeachable is a ridiculous question; A Medium petition gathered the signatures of 600 law professors who agree.

Over 1000 former federal prosecutors say he should have been impeached a long time ago.

The arguments against impeachment display a basic misunderstanding of the American legal system. Those that argue the president got no “due process” in the House because his counsel was not present during the proceedings are misassigning the House’s role in impeachment. The House’s responsibility is to determine if there is sufficient evidence to formally bring the case to trial; the Senate’s role is the trial itself.

In the Senate, Majority Leader Mitch McConnell had the constitutional duty of being a fair juror. Yet, McConnell openly said on national television that he was coordinating with the president’s counsel to ensure the speediest acquittal possible. There was not even a pretense of impartiality.

Party line voting ensured no new evidence, no witnesses, and half as many days devoted to arguments than during Clinton’s trial. After Republicans blocked witnesses and evidence, they claimed there weren’t enough. Dishonest, but not surprising.

Those lies were accompanied by others, including that Republicans were not allowed into the proceedings that occurred in the Sensitive Compartmented Information Facility (SCIF). There were actually 47 Republicans on committees authorized to access SCIF documents, yet many of them still complained about not being allowed in. Worse, they were violating important security procedures to produce a narrative of aggrievement.

The president’s counsel was even more dishonest. Attorneys Kenn Starr and Alan Dershowitz (last seen together working hard to keep Jeffery Epstein out of prison in Florida) repeatedly lied about the interpretation and application of the law, as well as basic facts about the timeline and events that occurred. These attorneys are a shame on the profession and under any normal circumstances would be disbarred for their blatant dishonesty.

Some argue Trump had a genuine interest in rooting out corruption in Ukraine. This is also a lie. Trump repeatedly and specifically requested cuts to anti-corruption programs in Ukraine. Are we supposed to actually believe Trump is concerned about corruption?

Then there are those who point out that President Zelensky said he didn’t feel pressured. Let us consider: If someone is coercing you, and you get asked if you’re being coerced, how likely are you to say so? Zelensky, as a president, recognizes that Trump is a reality he and his country must deal with for at least another year, possibly five more years. He can’t risk a sour relationship with the U.S. when he needs the aid. The crazy thing about coercion is, it can be very effective.

The arguments defending the president almost always boil down to: “The president didn’t do it. But if he had, it actually would have been a good thing.” The most stunning of these was embodied in Alan Dershowitz’s magnificently circular argument that Trump’s use of public office to ensure his own reelection is an acceptable use of power because Trump being president is good for the country. No, Alan! Don’t give away the game!

So, who does not support impeachment? Republican partisan actors that are trying to push every single piece of right-wing legislation, appoint as many right-wing judges as possible, and make the overall country as far right as possible before the 2020 election.

Maybe impeachment was pretty partisan. But not in the way some partisan actors mean it.

SMU College Democrats is a club dedicated to the advancement of left-wing values, and regularly hosts speakers and events for all in the SMU community.