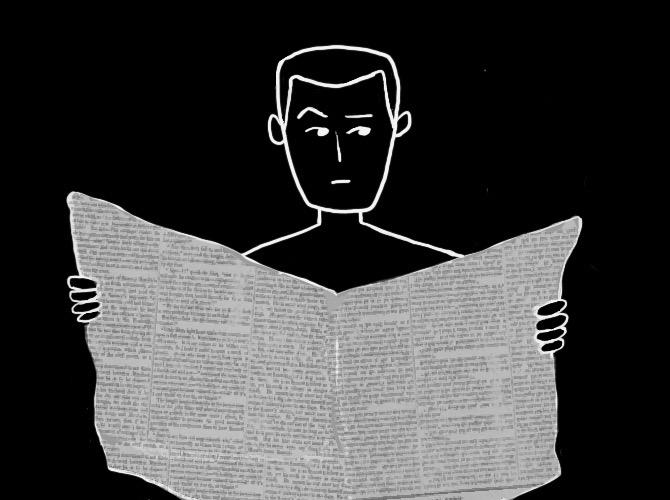 Lawyer and former gymnast Rachael Denhollander broke 16 years of silence when she emailed The Indianapolis Star in August 2016 stating that she wanted to report an incident.

In March of that year, The Indianapolis Star had begun an investigation titled “Out of Balance” to expose the failure of USA Gymnastics to protect young girls against sexual abuse. Their investigation would encourage Dennhollander to come forward about her abuser, former USA Gymnastics doctor Larry Nassar.

Denhollander’s account enabled The Indianapolis Star to publish its first accusatory piece against Nassar in September, which soon gathered national attention as over 150 people came forward to detail Nassar’s abuse. Nassar has since been convicted of multiple sexual abuse charges and has a 60-year prison sentence for his crimes.

Nassar’s accusation and eventual arrest were a direct result of Denhollander’s email to The Indianapolis Star. The publication, also known as the IndyStar, is the only major daily newspaper in Indianapolis. The reporting that went into exposing Nassar is a reminder of why we should fight for the survival of local journalism as it declines around the country.

Overall newsroom employment in the United States dropped by 25 percent between 2008 and 2018. Declining readership and unsustainable business models have left over 65 million Americans in counties with only one local paper, if any at all.

Organizations that understand the importance of local news are fighting to find a new working model.

Texas Tribune, a Texas-based media organization focused on state politics, is one of the few local news organizations that follows a new nonprofit public media model. Texas Tribune is funded from a variety of sources including individual sponsors, memberships and corporate events. They are open about who they get their funding from, and do not let sponsors interfere with their journalism.

Other organizations following alternative media models include Report for America and Chalkbeat. Report for America places their fellows in a local newsroom on a specific beat, and pays half of their salary. This funding allows newsrooms to get the content they need without the financial burden.

Chalkbeat focuses on local education reporting. They ensure that education issues do not go unnoticed in areas where local newsrooms, such as The Dallas Morning News, have had to dramatically decrease education reporters due to budget cuts. Chalkbeat, although not in Dallas (yet), is a nonprofit media organization that is growing from its current areas of coverage which now include cities such as Denver and Chicago.

Although there are solutions to the decline of local news that are growing throughout the country, it is important as citizens to pay attention to local news.

The Poynter Institute, a Florida-based nonprofit journalism education and research center, asked its audience why local news matters. This response stood out to me from the list they published:

“Local stations are not just about the weather and the road conditions. Those are helpful things to know, but they are not the real heart of what local stations provide. They provide the color of the areas around you; things you might not notice otherwise, but which may be important for your daily life.”

Local reporters have the capacity to look at a story underneath a microscope. They can hold business leaders and city council members accountable. They understand the problems in their communities and know who to talk to.

“National correspondents swoop in and provide two minutes of a story, whereas local reporters can revisit a story multiple times to make sure that we, the listeners, fully understand it and its impact on us, if there is one,” the unidentified responder went on to say.

Local news is a vital component of democracy and ensures that leaders have someone watching them. Larry Nassar had power and influence in his field, but IndyStar uncovered his truth. Nassar would not have become national news if his story wasn’t brewing at the local level.

His is not the only story like this. The former Dallas policewoman Amber Guyger who shot Botham Jean in his own home, and the Boston Catholic Church sexual abuse scandal are some of many national stories that grew from local media.

It makes me wonder, what would have happened to these stories if those areas suffered from a news desert?

National news grabs our attention, but important details and events are lost in the scope of their coverage. Local journalists pay attention when no one else does.

Sriya Reddy is the engagement editor for The Daily Campus. She is a junior studying CCPA, Journalism and History.