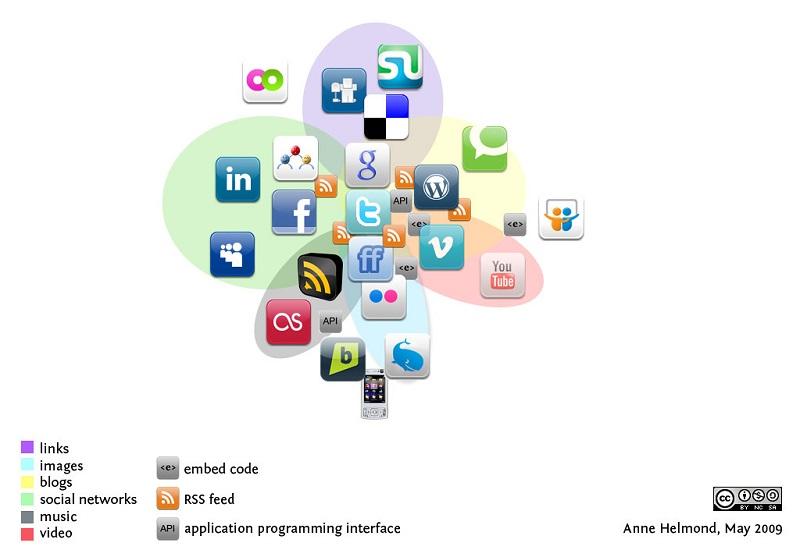 The media has caused severe, unhealthy polarization in our country.

The 2020 election will probably go down in history as the most popular one yet. The US Elections Project predicts that almost 65% of eligible voters, or 150 million US citizens, will vote this fall. Why are so many people more aware of the candidates, political climate, and the issues of today? And why are these voters so polarized? This year’s widespread media coverage has caused immense polarization in the country and has led to this election being discussed more than any other one in history.

Media, while making people aware of issues, has consumed people’s thoughts. Historically, Fox News and CNN were the large broadcast media organizations funneling voters toward either end of the spectrum and largely influencing people’s views. These older, more traditional organizations are rivalled by the rise of social media in politics.

Social media has become a bigger way for people to learn about the world around them. A study by Socialbakers found that over 72% of eligible US voters have some sort of social media.

In wake of the “Black Lives Matter” movement, outlets like Instagram became a political platform and started their own digital revolution. According to a Vox article by Emily Stewart and Shirin Gaffary, “Instagram has become the platform for widespread conversations in the United States about racism and how to combat it.”

Instagram isn’t alone. Twitter and the rise of TikTok are influencing people more and more, and are becoming an active discussion board for US politics, particularly for the youth. This is one reason why around 17% of voters in the 2020 election will be 18-25 years old, the highest this percentage has been since 1996, according to the Pew Research Center.

Logan Lu, a SMU freshman from China, relies on Twitter for most of his political information. He recalls downloading the app strictly to stay engaged in US politics, as they largely affect his home country. Many Americans, both young and old, are also becoming more active in social media to find a variety of political information.

Lu said that the bias of social media has fed into the minds of people altering their opinions and ideas of right and wrong. People are having a harder time making their own claims because they aren’t doing valid research or looking into controversial topics. It’s so much easier to join a movement online or follow the headlines.

Social media has amplified distinctions in opinions. Factions across the nation are attacking people going against their values, with little room for personal growth or true education. These differences in opinion seem to be translating into direct hate towards another person and their values more now than ever.

Cancel culture seems to be a direct result of polarization. If we agreed on more things, there would be less reason to cancel people who went against our beliefs, because they wouldn’t be seen as so extreme. But because there is less agreement or thoughtful discussion on controversial issues, it’s easy to cancel a person who isn’t following the same beliefs everyone else is. Cancel culture, a social media tool, is encouraging more polarization.

According to a study from the Pew Research Center, the country has steadily become more polarized over the past 25 years. The disparity gap between the two parties is 36%, more than double from the 15% that it started at when the surveys began in 1994. The study found that since 2017, “fewer Americans hold a mix of conservative and liberal values” than ever before. More and more people are transitioning to either the right or left rather than holding a middle stance or being an independent regarding political issues.

Jack Anderson, another SMU freshman, says everyone thinks that there are only two tribes in the country: radical leftist thinkers or heavy, racist neoconservatives.

The reality is, many people fall in the middle, or somewhere else on the political spectrum. It shouldn’t be just a left vs right thing, those are merely two narrow points which represent the extremes.

In a digital age of easy access to information and a shortening attention span, fake information is spread everywhere and context is rarely mentioned in any national issue. It’s causing American citizens to get caught up in headlines, where there’s no middle ground and if you don’t agree, you are either wrong or misinformed.

Anderson said that he believes people should try forming their own opinions instead of feeding off things they see online. He said the media “hypes-up and exaggerates” many aspects of politics, attacking candidates, who already have polar opposite views, and misrepresenting them through clips without context.

Authentic research comes through finding many sources, evaluating them, and understanding context to finally summarize your own opinion.

Polarization is healthy for parties because it encourages competition and growth, but for voters it can spew hate and tension. For voters, politics and media have become another dimension of one’s identity, rather than something entirely separate from it.