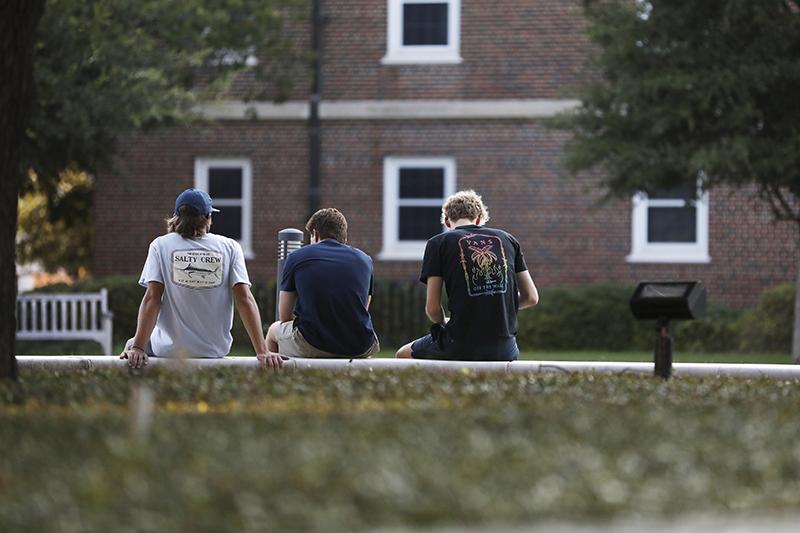 Self-censorship is on the rise on college campuses, a new study shows. That means self-expression, one of the hallmarks of a college education, is also at risk.

The Foundation for Individual Rights in Education released results in September from a survey titled, “2020 College Free Speech Rankings: What’s the Climate for Free Speech on America’s College Campuses?.”

Approximately 20,000 full-time graduate students participated in the survey conducted from April 1 through May 28. The survey was conducted across 55 four-year colleges and universities, both public and private, and was administered by FIRE, College Pulse, and RealClear Education.

The University of Chicago received the highest score: 64 out of 100 points. The higher a university scores, the more conducive it is for free speech.

However, a 64 is still a failing grade at many of the institutions that were surveyed, something universities should be mindful of in today’s politically tumultuous climate. Other notable scores include the University of Texas at Austin which ranked second to last with a score of 44.5. Texas A&M earned a 56.2 and Harvard University 49.6.

The low scores reflect how much work needs to be done to protect freedom of speech. It’s a worrisome trend that students are uncomfortable sharing their true opinions. Only 12% of respondents said they would be comfortable sharing a controversial opinion on social media, while only 21% are comfortable writing an article in the school newspaper criticizing the college administration.

The survey also found that 60% of the surveyed students self-censored because they feared how their peers, professors or administration might respond to their speech.

At first glance, this statistic is appalling. However, there is some benefit to students not always speaking their mind. In a 2017 study by FIRE and YouGov, students reported that students censor themselves because they think they might be wrong or incorrect, they feared being judged by their peers, or because they worried that their peers might find their words offensive.

This is a common human condition. As naturally sociable creatures, we care about social acceptance from our peers. In the cases where we limit what we say, we may be doing so to fit in rather than be seen as an outcast by those we care about.

Still, self-censorship is not good because it limits discussion on important, politically sensitive issues. For instance, race is one of the most sensitive topics on college campuses today. FIRE’s 2020 survey found that race was one of the hardest topics to discuss with 66% of black students reporting that it’s difficult compared to 40% of white students.

For black students, universities must do better to cultivate a climate where it is easier to discuss these issues. Allowing students to freely discuss sensitive issues should be at the forefront of a good college education.

Another tough issue for students is the Israel-Palestine conflict with nearly one-third of respondents in the FIRE survey identifying it as a difficult topic to discuss.

Universities should allow for free expression on not only this issue, but human rights issues at large because it allows for further discourse, and new insights into, important issues.

As the home to the Embrey Human Rights Program, Southern Methodist University should be doing everything in its power to make sure that there is a conducive climate to discuss not only the Israel-Palestine conflict, but the treatment of Uighur Muslims in China and other human rights abuses.

Only one-quarter of students surveyed said they would be comfortable discussing a controversial political topic with classmates. In an election year full of controversy, universities must also do better.

SMU has a dedicated section in its policy for political activity, protests, and demonstrations. The guidelines allow it to prohibit certain activities, such as violent demonstrations, which typically do not receive First Amendment protection.

On November 2, President R. Gerald Turner sent a letter to the campus community that says, “Free speech is in our DNA.” It also says that, “students are free to support the candidate they want and to argue points of policy in a civil fashion.”

The letter goes on and says that for some, “the flaunting of political caps, T-shirts and buttons may be provocative.” It concluded with telling the campus community that the university will be exploring ways to create a forum for a productive discussion on the election and election-related issues.

Politically-charged speech has the ability to incite potential violence, but that speech should not be limited on that potential alone. Unpopular speech can and should be protected so that SMU can be home to debate and discourse about tough issues facing the country.

Earlier this semester, the university allowed a Black Lives Matter protest in the wake of the backlash against police brutality across the United States. In order to continue making progress, the university must continue to support this type of expression.