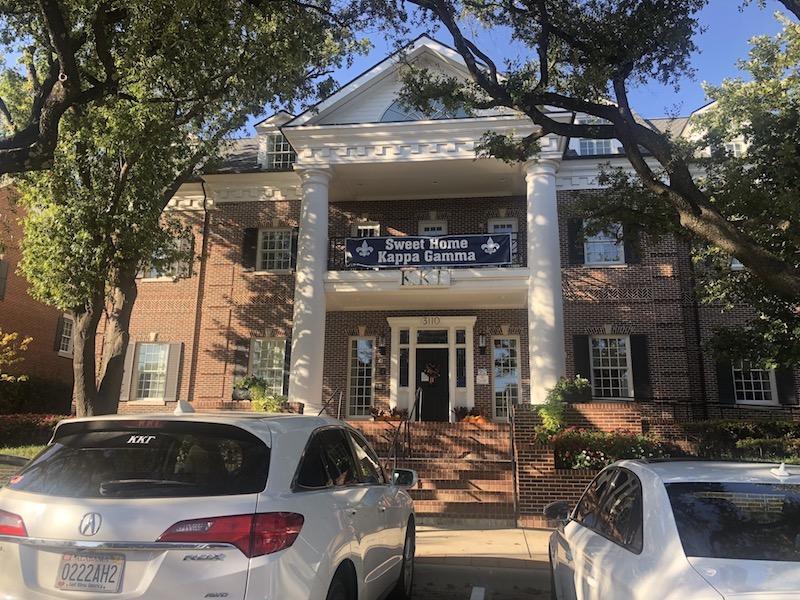 It has been over 40 years since notorious serial killer Ted Bundy broke into the Chi Omega house at Florida State University. Within minutes, Bundy had sexually assaulted and murdered two sorority women, and fled the scene of the crime.

To this day, the details of this horrific crime, and others like it, continue to haunt women who live in Greek housing on college campuses. Statistically, women feel less safe on college campuses than men, and tend to be attacked more as well. Walking into or out of a sorority house is like walking around with a giant target on your back.

But that was then, and this is now. SMU proudly boasts a multitude of technological advancements and resources here on campus to keep their students safe. Something like that could never happen here…right?

Mary Katherine Kruczek, a junior at SMU and a resident of the Pi Beta Phi sorority house on campus, made an early-morning trip to Starbucks last month. After a long night of studying, she exited the house around 5 a.m. and walked to her car. As she unlocked the vehicle, she saw a man sprint past her, down the dark road. There was no immediate threat, but she was reasonably startled by this encounter. She looked around for a comforting sight: a police car, or a blue light. There were none to be found.

According to SMU’s Annual Security and Fire Safety Report, “University facilities, lighting and landscaping are maintained to reduce hazardous conditions. Emergency (blue- light) phones are installed throughout the main campus and are regularly tested by SMU Police.”

The report mentions sorority housing only twice in 66 pages.

Helen Cheever is a Senior and a resident in the Alpha Chi Omega house. This is the last sorority house on Daniel Ave, in the northeast corner of SMU’s campus. Cheever has struggled greatly this semester with the TapRide system, a safety measure intended to allow students to safely commute across campus late at night. She claims that she has not been able to successfully call one to her house, and feels forgotten by her campus security.

“They just cancel the ride because we are too far away. Why shouldn’t we have the same safety measures as other on campus students?” Cheever said.

This is a common trend. I have been a resident of the Pi Beta Phi sorority house for two years now. During that time there have been a number of unnerving things that have happened at this house, and down sorority row. All the while, where is SMU PD? Where are all these safety measures, supposedly available to the entire campus? Why are these protections not extending to this vulnerable demographic?

Around 7 a.m. on Friday, November 13, 2020, I headed out of the sorority house for a yoga class. It was a cold and sunny morning, and I remember wishing I had woken up earlier to drink some coffee on the front porch, like I often do. However, I was already running late, so I quickly shoved through the front door and hurried down the front steps.

While climbing into my car, I happened to glance back up at the front porch. There, on the bench closest to the front door, laid a grown man, fast asleep. I had flung the door wide open and walked right past him without even realizing.

I was horrified. It was broad daylight and the man appeared to have been sleeping there for a while. There was not a police officer in sight.

In hindsight, I felt lucky that nothing too sinister had occurred that morning. Still, questions haunted me. What if he would have caught the door behind me and slipped in without me knowing? How did the police not notice him? Do they even patrol over here at night? Do they even care?

SMU PD was notified, and insisted that they would be patrolling the area more carefully going forward. They did not.

Eleanor Brown is a Junior at SMU. She is a member of Kappa Kappa Gamma and is now in her second year of living in the chapter’s home.

On Sunday, March 7, 2021, Brown was travelling back to school from a recent vacation. Not wanting to miss her Monday morning class, she booked a late flight. As she Ubered to campus from the airport, she remained on the phone with her father back home.

“My parents raised me to be vigilant and aware of my surroundings,” Brown said.

It was after 11 p.m. when Brown’s Uber pulled into the dark sorority parking lot. The driver stopped the car just at the base of the steps into Kappa. She recalls feeling safe there, safe enough to hang-up with her father.

While collecting her heavy suitcase from the trunk of the Uber, Brown noticed 3 figures across the road, standing in front of the old Zeta house. Not wanting to panic unnecessarily, she hoisted her suitcase and began ascending the steep brick stairs up to the front door of the house. When she reached the landing, halfway to the door, commotion from the parking lot caught her attention.

At this moment, Brown realized these three men were advancing towards her, and fast. They yelled and catcalled, urging her to come to them. Brown breathlessly raced up the remaining stairs and through the house entrance. Pushing the door closed behind her, she felt a resisting force from outside as one of the men attempted to get through.

Thankfully, she was able to get the door secure just in time. As she backed away, the men continued to yell, pressing their faces to the glass to get a look inside the sorority house, and at the woman they were chasing.

Brown immediately notified the House Mother. For several moments, the attackers lingered on the front porch and continued to shout. From the second floor, terrified women could hear the commotion and see the men from their windows.

Three days later, SMU PD finally reached out to Brown. In a brief phone call, police asked her to recall the details of the incident, along with providing a description of the men who chased her. SMU assured her they were going to investigate, and that they would follow up with her shortly.

There is no doubt that SMU has the appropriate means to adequately protect this area of campus. During the daylight hours, security regularly patrols the very parking lot Brown was chased through, but they aren’t looking out for criminal activity, they are looking for parking violations.

If this area is considered to be the responsibility of SMU to patrol for parking violations, it is also SMU’s responsibility and obligation to patrol it for crime. Imagine if SMU PD put the same level of effort and punctuality into actually protecting the women on sorority row that they put into parking enforcement. It could save lives.

It has now been seven months, and SMU PD has still never followed up with Brown about the incident last semester.

“I honestly just tried not to think about it. I wanted to trust the police would handle the situation. I wanted to feel safe again. This is my home and I didn’t want to be scared,” Brown said.

But an experience like this cannot be forgotten. In those moments, Brown feared for her life. It changed her forever.

Does SMU PD just expect us to keep forgetting? To keep repressing? They believe they can momentarily satisfy our anxieties with an empty promise to increase patrol, and they do not follow through. What is it going to take? How many more traumatizing incidents have to happen before SMU takes this seriously, and brings this issue into the light?