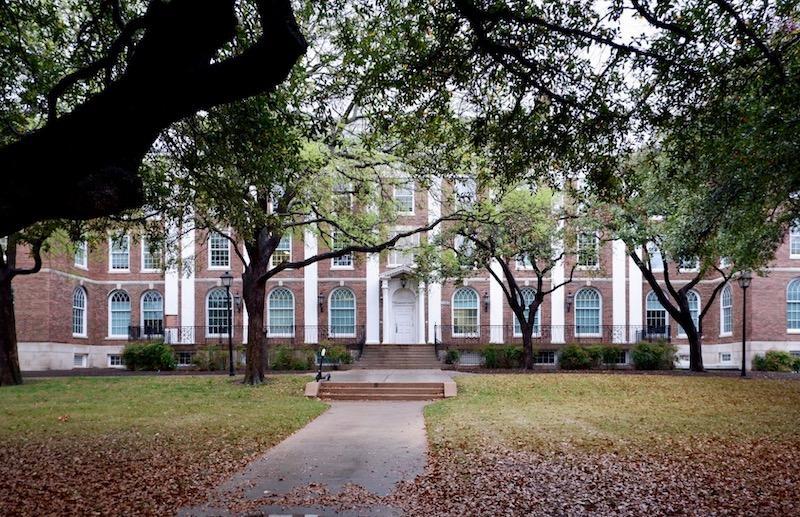 I am a first-year law student that made Southern Methodist University my home this year. But I am more than simply a law student in his little corner of campus; I’ve cheered on our teams with you, spent long hours studying in the library with you, and worked out and played intramural sports in the MAC with you. I love this school. It has a beautiful campus, wonderful professors, fantastic extracurricular opportunities and, above all, the best people to be with. For now, COVID-19 puts an end to all those experiences. It’s a disappointing end to the semester, but we will all come out stronger because of it. Pony up, Mustangs.

This open letter, however, is directed to the SMU administration. It concerns a difficult discussion that President Turner, Provost Moore, the vice presidents and the collective deans are having right now: Will the university change its grading policy for the spring 2020 term? The current system, as students know all-too-well, is a performance-based letter grade system (A through F) that cumulates into a GPA scale (4.0-0.0). The university is considering a variety of changes to this system. The most notable change is a switch to a pass/fail grading system. Under a pass/fail grading system, any student that meets a minimum grade, say a C, would earn a pass, or a “P”, in that class. Their GPA would be unaffected, and they would simply earn class credit for that semester.

I urge the administration not to make any changes for three reasons: First, removing performance-based grades eliminates healthy competition between students and with oneself. Second, implementing pass/fail, even if optional, can cause students to form unhealthy learning habits. Finally, pass/fail will harm both the university’s national rankings and its students’ future employment prospects.

First, the removal of performance-based grades eliminates competition. Take away letter grades and class ranks become meaningless. That feeling of accomplishment when you made the Dean’s List? Sorry, that doesn’t exist in a pass/fail system. Were you sitting at an A- and needed to work a little harder to earn that A on the final? No worries, you’ll get a P, just like the student who slept in the back of class. If you are the aforementioned student, lucky you. However, this kills morale for those students that strive to meet their academic goals.

Second, after killing competition, a pass/fail system, even if optional, will cause students to form unhealthy learning habits. No longer faced with the prospect of getting A’s, B’s or C’s, student effort would decline. And as soon as student effort drops, bad habits form. After all, to get a P, one only has to do the bare minimum. Homework assignments would no longer be necessary. The drive to study all night and do well on a big exam disappears.

As supporters of a pass/fail system have noted, this system would absolutely reduce stress in these trying times. However, the need to reduce stress must be balanced with the university’s purpose: to instill proper learning habits and prepare students to be leaders in their fields after graduation. A pass/fail system would inevitably sow a false sense of satisfaction. We will become satisfied with doing just enough to meet the benchmark and earn that P. But are we really “earning” anything? Or are we simply failing ourselves for later?

SMU is well-recognized as one of the top growing universities in the country, with a reputation for providing a well-rounded education to its students and ensuring success post-graduation. Changing to a pass/fail system would harm future employment prospects for its students, and, in turn, harm the university’s hard-earned reputation.

With pass/fail, employers have no clear measurement of a student’s performance or their understanding of course material. All the employer sees is a P or an F. It’s immediately clear what the F represents, but the P is much more ambiguous. Did the student barely squeak by the benchmark or would they have earned an A if not for the pass/fail grading policy? Employers have very little from which to judge a recent graduate and, unfortunately, grades can make or break a candidate. To an employer, a letter grade is much clearer than a transcript of inexplicable Ps and Fs.

Proponents of pass/fail also say that the university experience is less about grades and more about gaining understanding of the subject matter to be prepared for the workforce after graduation. And they’re right. Grades don’t really matter in the long-term. In 10 or 20 years, nobody will care about your B in econ or A in art history. All they will care about is whether you can get the job done. But grades and understanding relevant course material are linked. Without grades, students lose the incentive to work and to learn. We’ve all had that class which everyone knew would be an easy A as long as they showed up or did well on the final. But what that class lacked, and what would be lacking in all classes under a pass/fail system, is the feeling of accomplishment that a student gets after doing well. And that feeling is contagious. After doing well in one class, you want to do well in the next, and so on. Soon, you’ve made the Dean’s List- and your mom proud.

There are also those students, like me, that may have had a rough first semester. They bombed an exam and it hurt their GPA. But they know that they can improve. They’ve worked hard this spring to turn their GPA around and now, because of something they couldn’t control, there’s a chance that all their work will be made meaningless. Our administration simply cannot afford to turn its back on those hard-working students trying to turn around their GPA’s and college careers. Keep letter grades and give these students a chance.

To my fellow students: ultimately, I understand the struggle that many of us are facing. Some of us are parents, now serving as teachers for homebound children in addition to managing classwork and jobs. Some of us might be hit closer to home with this virus. Together, we are #SMUStrong.

To the SMU Administration: you can still fulfill your mission to best educate and prepare us for after we graduate by not changing the grading policy for this semester. While change may be appealing, steadfastness is the best way forward.

Julien Tagnon is a first-year law student at the Dedman School of Law.