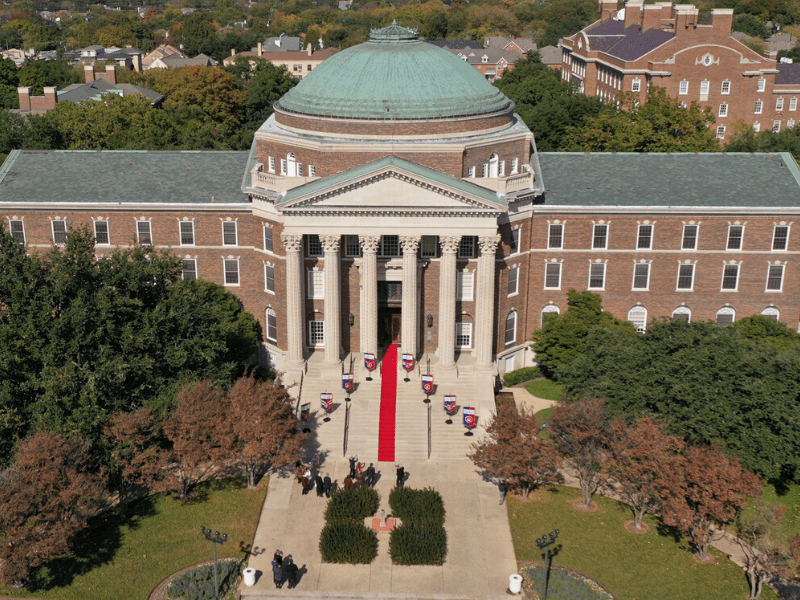 Baylor University’s Board of Regents unanimously passed a resolution that acknowledges the university’s historical connection to slavery and the Confederacy. A formal statement from the Chair of Baylor’s Board of Regents and the resolution from Board itself firmly places Baylor University, as an institution, on a path towards true healing and justice.

Some will argue that the year is 2020 and these actions should have taken place long ago, and I would be hard-pressed to disagree. But, let me also remind you that there are other local, private, “Christian” universities, in the state of Texas who have yet to take even these steps. Sadly, my alma mater, Southern Methodist University, is in that order.

In response to recent events on the beloved Hilltop, I had begun, privately, to call on SMU’s Board of Trustees to address various racial issues with force. The resurgence of the #BlackAtSMU student movement on social media further crystallizes the fact that the hate and white supremacy Black alumni experienced in the 1960s and 1970s endures, afflicting current students in 2020 and every previous year.

After decades of ignoring an entire segment of the SMU community, our Baptist comrades have demonstrated that now is clearly the time to address the roots of these issues through escalation and historical contextualization. Whereas I once looked to the university president for change, as an alum I now publicly call on the Board of Trustees to address the #BlackatSMU student movement and SMU’s longstanding history of racial injustice.

The role of the President may be front and center, but the true direction of the university will always be in accordance with and reflect the sentiment of its Board. And for too long, the SMU Board of Trustees has failed its Black student population by consciously choosing to sit idly by while those students face challenges that others on its campus do not. Instead of having the courage to do what Baylor is doing — acknowledging its harms and demonstrating integrity to its core values — SMU is, once again, choosing to quell the noise with its marketing prowess.

The role of the President may be front and center, but the true direction of the university will always be in accordance with and reflect the sentiment of its Board.

Admittedly, I do not know all that there is to know about SMU’s history with racial injustice, nor do I claim to. But I do know that as long as SMU is located in a city with as dark and violent of a past as Dallas has, it is bound to have absorbed and portrayed some of Dallas’ worst tendencies.

I imagine that there is more to the story of SMU’s integration efforts that began in 1952, or the antebellum-styled “Old South Week” celebrations of the 1960s that included mock slave auctions, or the Black League of Afro-American College Students (BLAACS) who took over President Tate’s office in 1969 to demand better conditions for Black students, faculty, and employees. I imagine there is more to the countless stories of Black bodies being verbally, mentally, and spiritually assaulted by Highland Park Police and residents, white student peers, and even faculty and staff who participated in the university’s cultural intelligence program.

Finally, this may be as good a time as ever to present to some — and introduce to others — SMU’s motto. The very words that SMU adopted in 1912 from its first President, Robert S. Hyer are, “Veritas Liberabit Vos“, which translates to, “the truth shall make you free.” Until SMU is willing to wrestle with its truth, and does so with the publicity that I know SMU is capable of, any attempt at racial conciliation is an exercise of futility.

Truth-telling of this kind can’t start at the grass roots. SMU Board of Trustees, it must begin with you.

D’Marquis Allen is a 2016 graduate of the Meadows School of the Arts with a degree in Creative Computation. During his time as an undergraduate, he served as the President of the Association of Black Students, helped launch the #BlackAtSMU student movement, and was involved in many more student organizations. D’Marquis currently resides in Houston, TX where he works as a management consultant and is committed to justice work on SMU’s campus and beyond.