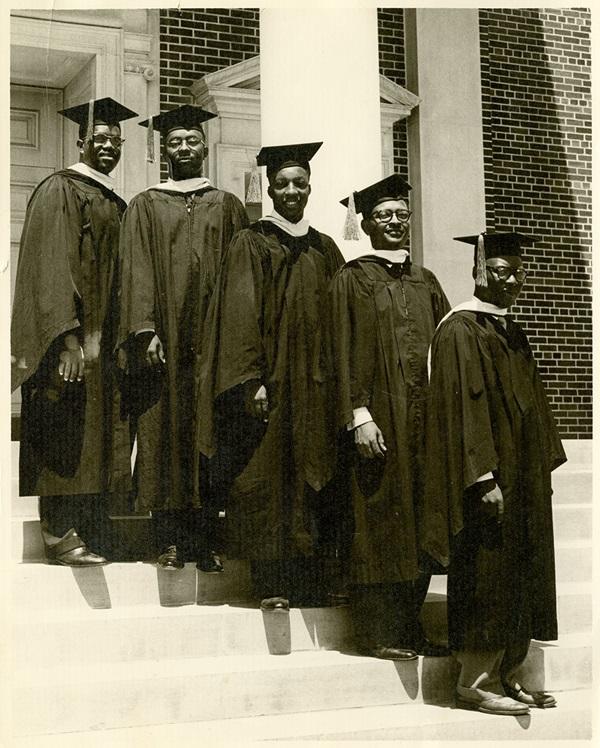 Every word I share in this piece is important. Not because of my merit, but because the perspective of a Black student is rarely spoken outside the walls of dorm rooms or the communion of Black org meetings.

These are beautiful days upon us. We are seeing Black people receive another needed civil rights movement. People are rallying together in ways unimagined. 23 days of protests is an amazing feat in today’s world.

However, it has also been a harrowing and traumatizing month. As young, Black, college students, this is the first time we are seeing an overwhelming amount of viral evidence that the police escalate violence among peace, kill innocent people, discard evidence, and are rarely held accountable. We are seeing our fight met with insensitive and ignorant policy makers who wear kente cloth and champion minor reforms. People are being lynched in the streets for everyone to see, a repeat of history, and no one in power cares. To reiterate, it has been really, really hard for my Black brothers and sisters. Everytime I talk to anyone, we are just sad. Ever since we arrived in this country by force, it has treated us the same. Minor changes just to maintain some semblance of peace and vanity, nothing else.

So, with our present situation expressed, I can now discuss the situation at SMU and other white institutions around the nation. From the hashtag #BlackatSMU going viral, to the Association of Black Students making demands for change, it has become increasingly clear that SMU needs to confront some serious problems. In my opinion, a more crucial part of the argument has been missing. SMU, like other white, rich, colleges (i.e- U.T. Austin, Baylor, the beloved Yale and Harvard, etc.) have themselves been inherent participators in a system to disregard Black lives.

Societal systems that were established to negate or endanger Black lives have not changed. Our modern system that over-polices and brutalizes Black and brown people was once a slave patrol. The non-rehabilitative prison system, filled with 58% black and brown people, began as modified slave labor. The exact thing is true of our collegiate educational system.

SMU was a segregated school made to educate white Americans in elite society. It is in our orientation package: “We were built to help [white] students gain the education, status, and connections of a school like Yale or Harvard.” To reiterate, for 51 years, SMU catered to only white students. It has only been 58 years with BIPOC at this institution. The foundation does not break easily, especially when no one in power truly intends for it too.

The foundation does not break easily, especially when no one in power truly intends for it too.

Look at our school today. We have had diversity initiatives for students and faculty with virtually no meaningful results. We barely have any BIPOC faculty, and Black students still only make up 6 percent of the school. The majority of BIPOC I see on campus are the facility and dining hall workers. And, while I have been here, I’ve been shocked to see SMU host clothing drives for those very workers, at a school where our president makes $3 million a year.

This has chronic implications. SMU’s curriculum is consequentially highly Eurocentric, which is a detriment to all students of color and again helps only the white students. I was a political science major before I switched to human rights, and I was disappointed by the lack of classes about Black politics. Wouldn’t that kind of class be a bit helpful? Seeing as we are in the middle of one of the largest civil rights movements in the world right now?

The Association of Black Students is having to demand changes that their school should’ve been aggressively addressing long ago. These demands aren’t radical. But now, and only with the pressure of the public eye, SMU claims they are finally willing to make changes to their weak and perfunctory approach.

I do not say this to combat SMU or to be seen as a radicalized student. Black children just deserve to have degrees and go to college. To believe that we have disportionately less degrees because of something we did, is racist. We have less degrees because of the many, many systematic structures in place at white collegiate institutions, such as SMU. The sooner these institutions of higher education realize the part they play in a system that rides on the backs of slavery, the sooner we can move forward towards a more just educational system.

The conversation about white colleges and their passive regard to race is happening nationally. I am excited to see if SMU will continue to scrap by and do the bare minimum to save face, or if they will get their hands dirty, and do the work to promote systematic and meaningful change.

Small hint SMU: start by listening and acting on the BLM@SMU and the Association of Black Student’s demands.

SMU, and white institutions in this nation, are so obviously not exempt from the BLM movement.

In an interview with NBC- 5, President Turner said, “I got the sense I needed to say Black lives matter.” No. This is unacceptable. It is time to get real. Saying Black lives matter and “we stand with you” is the bare minimum. Businesses say that. Peers say that. But an institution as important and powerful as SMU should be doing the work and publicly held accountable for it. Saying our lives matter is not revolutionary. The bare minimum is never enough, and you were never exempt.

Saying our lives matter is not revolutionary.

Tyne Dickson is a rising junior at SMU majoring in Theatre Studies and Human Rights with a minor in Public Policy and International Affairs as a Tower Scholar. She started the BlackLivesMatter@SMU gofundme, and hopes continue rallying the school together to advocate for Black lives on campus.