There’s no questioning Pete Rose’s ability to play the game of baseball.

Throughout his 23-year career, “Charlie Hustle” was arguably the most-feared hitter in the game. 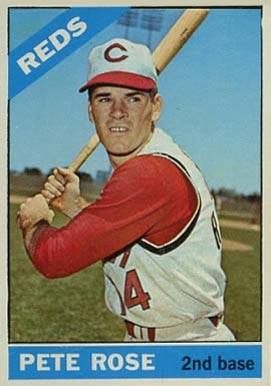 Rose’s reśumé reads like a grocery list of baseball player’s aspirations: 17 all-star appearances at an unequaled five positions, a career .303 average, three World Series rings and the 1963 NL Rookie of the Year award.

You can’t deny the impact that Rose’s playing career on Major League Baseball is comparable to that of players like Babe Ruth and Ted Williams.

You can, and should, however, question his character.

When I first heard about Rose’s ban from baseball, I thought, ‘He didn’t bet on his team to lose, so does it really matter that he bet at all?’ The more I have learned about Rose’s situation, the more I realize it does matter.

He broke the rules of the game, and he could have jeopardized the health of his players to win a bet.

Now once again, Rose is kneeling at the feet of a MLB commissioner, looking for sympathy and pleading for his transgressions to be forgiven.

For the second time during his 26-year ban, Rose has submitted an appeal for his lifetime ban to be lifted, which newly appointed commissioner Rob Manfred will reportedly take into consideration.

Rose’s playing career might warrant a Hall of Fame feather in the cap, but that does not mean he deserves his ban to be lifted.

After 15 years of denial, Rose admitted in 2004 that he did in fact bet on baseball, confirming what so many had thought for so many years; Rose took his impressive baseball legacy and disgraced it.

After lying to baseball fans around the country for the better part of a decade, Rose does not deserve to have his ban lifted by the MLB. Rose should not be allowed to step foot in any MLB stadium across America after what he did.

He doesn’t deserve to witness spring training, participate in opening day ceremonies or root for his beloved Reds from the owner’s box during the pennant race.

He does, however, deserve to have his unparalleled playing career recognized.

Put aside Rose’s blemish at the end of his career, and we’re talking about a first-ballot Hall of Famer here. It would be one thing if Rose had taken steroids, or done something to earn an asterisk next to his numbers, but Rose’s statistics are as clean as a whistle.

There’s no questioning the lasting mark Rose left on baseball because of his playing ability, so why not give him a bust to remember his playing days by and send him on his way?

Putting Rose in the Hall of Fame just shows that you need exemplary statistics to be recognized. But if MLB lets him back into baseball, all that shows is that lying, whining and cheating can all be forgiven with some paperwork.

No one thought Rose would admit to gambling. So now that he has acknowledged his wrongdoing, shouldn’t he have to accept the punishment that was handed down?

Don’t let Rose back into baseball, but if you still recognize he is the all-time leader in hits, he should be recognized for that feat in Cooperstown.