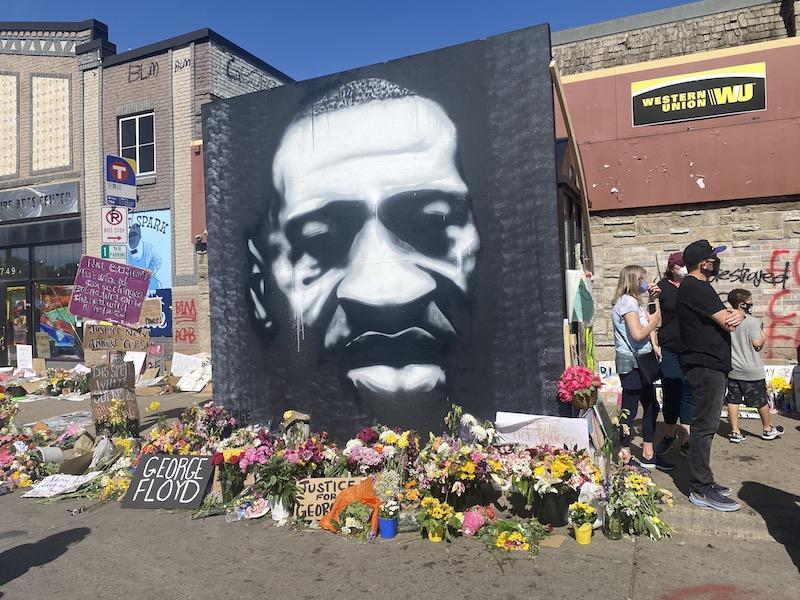 As an international SMU student who has spent time in Minneapolis during the recent protests, I have witnessed extreme events I had never been exposed to before. They have made me ask many questions about racial injustice still occurring in America.

I am from Romania, an Eastern European country with a lot of controversial history involving extreme communism, racial discrimination against gypsies, and betraying the Axis Powers during WW2. Yet, I am still baffled by the tragedies that happen for apparently no reason in the “land of opportunity.”

In Romania, America is renowned for its wealth and prosperity. “Life is not over at 50,” is what we say in Romania in reference to the West’s vastly improved standards of living. Nevertheless, the extreme events I have witnessed in the past few days in Minneapolis raise many questions about the truth behind the apparent silver linings in the United States.

I find it extremely painful and disappointing, to say the least, that the most developed country all the Eastern countries look up to is still dealing with such racial injustices. Minneapolis is a very peaceful city, with clean streets and buildings with great architecture whose inhabitants showed nothing less than decency and high standards of living. However, recent events showed that racism still exists, even in this extremely developed city.

I love America and there is no doubt in my mind that I made the right decision when I chose this place on Earth to go to college and eventually make a living in the film industry after graduating. However, each country deals with its own issues and racial injustices and I like to believe that everybody risking their lives out there protesting on the streets is actually living the American Dream: having the freedom of speech, of opinion, of changing the government’s attitude, and improving the mentality of this unfair world.

The cops involved in the killing of George Floyd have been arrested after many protests across the country. I am not saying that justice is finished, but this is confirmation that the American Dream is still alive. People have the courage to speak now more than ever before. There is still hope for a better community we can reach by having the right to participate in difficult conversations.

My country and the ones around it have been engaging in infamous discriminatory activities against the Roma people, an ethnic group that originated from Northern India in the eighth century. They are called “gypsies” because people mistakenly thought they were coming from Egypt; however, they preserved their nomad status. Although Romania fortunately never had the necessary resources and means to create a slavery system, about 220,000 Roma people were killed in genocide during the Holocaust as they were considered “enemies of the race-based state,” according to the Nuremberg Laws created by Adolf Hitler.

As we are talking about the effects of history on the contemporary world, police brutality is inherently present in Eastern Europe for similar reasons that it exists all around the world: racial profiling of minorities. In Romania, 1 in 20 Romas is not attending education above the middle school level, as their families generally live in very bad conditions and cannot afford an education for the children. The Roma pupils that are sent to school in Romania have different break hours from the others so that they will not interact, as white families are generally afraid of letting their children speak to or have contact with gypsies.

The low level of education, associated with discrimination, leads to very poor employment conditions, as only 1 in 10 Roma people says to have ever had an employment contract, and only 27% of female Romas work to earn an income.

Apart from these statistics, there are daily reports from my country and its neighbors that Roma people are suffering from great discrimination and often their only option is to engage in unlawful activities. Very few crimes are committed, compared to the United States, yet thefts do happen often. This represents the only way of survival for many Romani people. The only ones who are fighting for decent conditions are the Roma people themselves, for whom there is little empathy or support. The police tend to be very aggressive with the Roma people.

However, as Nelson Mandela stated, “When a man is denied the right to live the life he believes in, he has no choice but to become an outlaw.” Since only 2.6% of the Roma people in Romania live longer than 65 years old and 80% of this population does not meet the financial standards to seek health care, their lives are denied equal living conditions as their white counterparts.

Although there is not yet a solution to discrimination, there is always hope that comes from a country’s people. It always matters what happens inside a country. I like to call these “family problems” as their only solutions come from the nucleoid. It is not my duty to solve American racism, no matter how long I protest with the citizens who are doing the right thing by voicing their opinions and needs for justice. However, it is my duty to speak up against prejudice towards Romani people and it is the duty of every citizen to advocate for better living conditions for all people in their country. In order to bring peace, each of us must do our part to engage with our community to create a fairer society.