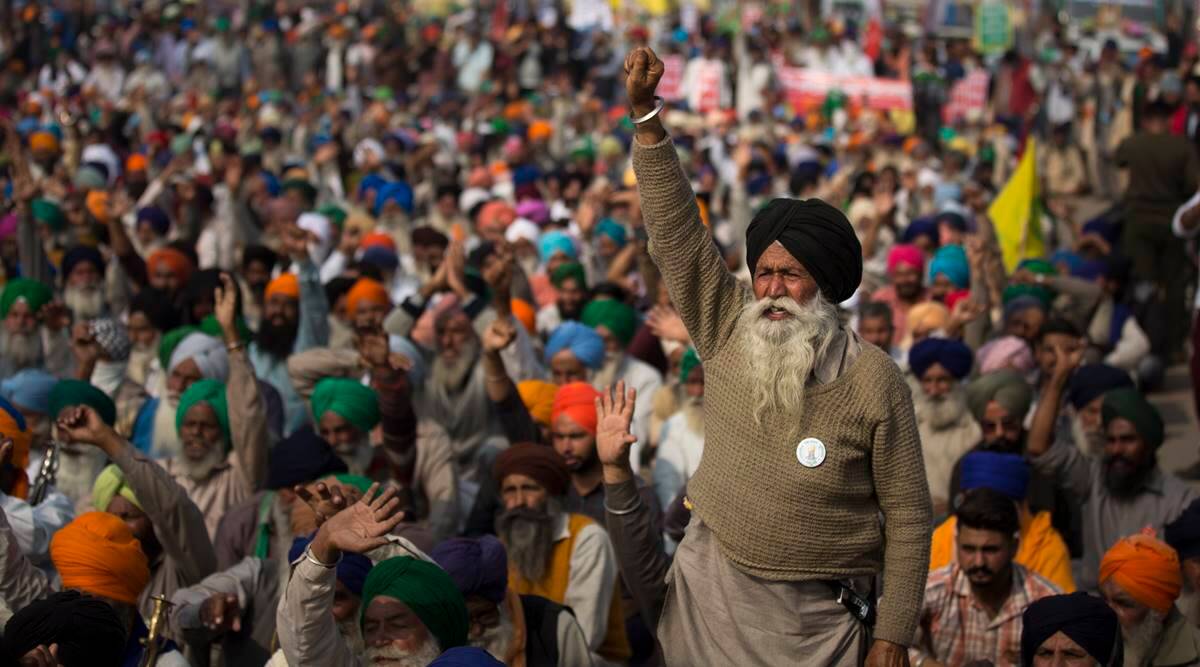 250 million. That’s approximately how many protestors have been striking against India’s bills which were signed and passed in September of 2020. It’s the largest protest in human history and is rarely talked about in Western media, even as a current event.

Tens of thousands have been willing to camp out for months with admirable resolve. Unbothered by deployed police, water cannons, and brawls between authorities and citizens, they continue to sit in solidarity and stillness. A majority of these quarter of a billion protestors are farmers, who look to try and voice their opinions on reforming the three bills that have hurt them the most. Indian farmers need to create cohesive groups of leaders and push towards having a peaceful conversation with Indian lawmakers who understand them.

Vani Kathuria, a Sikh student at SMU noted that with the current bills “it’s so easy for big corporations to put their foot down and take advantage of the farmers”.

There seems to be no solution for the future, as both sides have polarizing views on the implications of these bills on the agricultural sector.

Kathuria has some family in Punjab. Her grandmother is a supporter of the protests, but thinks “nothing’s going to happen”, as there’s “only so much a citizen can do”.

While coming up with a holistic, long-term solution is unrealistic from any perspective, and gridlock seems to be looming, implementing proper and structured communication and finding allies to facilitate conversations on both sides can help guide the way towards a bright future for the protestors.

“If you want something to change, it’s going to take super long [in India]”, Kathuria states. The Indian government’s history of corruption erodes people’s hopes that one day this issue may be resolved.

Today, their corruption continues as a manifestation of these bills. While the policies won’t sink the entire agricultural market immediately, farmers are reading their intentions, proposing that such bills encourage a future where farmers hold no bargaining power over big corporations, resulting in limited profits and an uneven distribution of consumer and producer surplus.

Hindu bias and nationalism have been evident in the BJP ever since it been in power, and this may be a key issue behind the way these policies are enforced. The policies seem to be targeting minorities, crafted without heeding any attention towards the people being affected by them.

Despite corruption, farmers can work towards an equitable solution. One answer is categorizing leaders from groups of mobilized farmers and finding allies. The farmers from Punjab and Bihar should also create their own committees. A group of leaders that represent exactly what the farmers’ wants and needs are. This frontal leadership can help clear the air, and make space for actual communication between farmers and the government because, at the moment, discussions are rare and unorganized.

The Chief Minister of Punjab, Captain Amarinder Singh can formally lend his voice to the protestors’ cause. He is already an advocate on the farmers’ behalf, pleading to Prime minister Narendra Modi to get rid of, or at least change the bills.

Singh states that “The farm laws are completely wrong as they are against federalism since agriculture is a state subject under Schedule 7 of the Constitution,” and cannot believe that Punjabi farmers, who helped the nation usher in the Green Revolution, are being undermined by these policies.

Bhupinder Singh Mann is another ally that protestors should try and formally recruit. As a member of the All India Kisan Sangharsh Coordination Committee, he holds sway in the implementation of these new laws. While Mann isn’t directly against the idea of dismantling the laws, he believes that the government should protect farmers’ interests.

Also, it’s necessary for moderate members of the Indian government (members of the BJP and Indian National Congress) to actively listen to the demands of their citizens. If fail to at least listen, it’s a form of discrimination against those who work hard to feed the country.

This communication, spearheaded by uniting government leaders who support the farmers and figureheads of the protests themselves, with people in the Indian government who have the ability to make a change, may immediately get results. It’s unrealistic to expect that a country will completely reform in a day, month, or even a year. But these conversations between the two sides can slowly frame a new, more open-minded Indian government and non-discriminatory culture.

According to Dr. Leong of SMU’s Political Science Department, protestors should try and form allies, both within and outside the government, to make their pleas more effectively heard. She states that in analyzing protests, you can predict the success of a protest by “look[ing] to see if these unions have allies” like NGOs and other unions.

Ashok Gulati, an expert from Infosys Chairs Professor for Agriculture at ICREIR believes that the government is doing a poor job of filling the “communication gap” between farmers and the government. There’s no leader, no representative talking to these farmers, peacefully bridging the divide between these two parties.

Sukhpal Singh, a Sikh professor at IIM Ahmedabad also thinks that the government is doing a poor job of gaining the farmers’ trust. He states that “it is more about the changes in the social contract between the state’s farmers and the Union government that is the root cause of this apprehension”.

The BJP and Congress should send more open-minded leaders to take the time to educate and communicate to the farmers and their newly formed leaders what their intentions are. This will be a large step in solving the misinformation that the Indian government often spreads onto its citizens.

These conversations should be happening within our communities too. Not just about the protests in India, but about controversial issues across the globe. As long as they come from good intentions, learning about exactly what the other side is trying to do and why they are trying to do so can help make all of us more open-minded. This valuable trait of empathy is something that we all need.

So the next time you are about to have a heated discussion, take a step back to gain some perspective, and try to be a good communicator. Political leaders and citizens should practice listening to others’ views and learning about things that are uncomfortable to them. That is a lesson we can all take to heart.