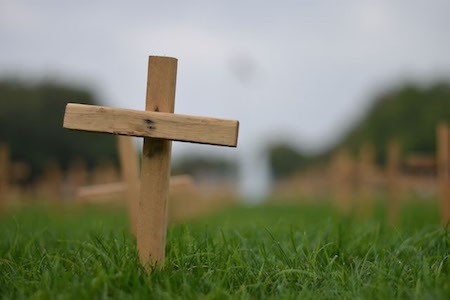 Fellow Mustangs, if you were on campus this week, you have probably seen, or at least heard about, the massive pro-life display on Dallas Hall lawn. This is hosted by Mustangs for Life every spring, and this display never ceases to draw supporters and critics alike.

Unfortunately, this criticism often turns to vandalism, as the display is damaged every year.

Regardless of one’s beliefs on abortion, it is hard to deny that Mustangs for Life has the right to establish this display. Likewise, the annual subsequent displays, such as the Women’s Interest Network’s response last year, are important as well.

College is supposed to involve discourse of important topics, and it is difficult to facilitate this discourse when the conversation devolves into an altercation or the destruction of displays with which one disagrees.

One of the most significant reasons why some student leaders may be hesitant to enter the discourse is the fear of facing harsh disagreement.

This fear holds us back from our own education. To foster education, we must foster civil discourse on provocative topics. I know that both sides are trying to do this, so I encourage you to reach out to the organizers of this campus discussion if you have questions or appropriate comments.

Let’s foster civil discussion, let’s foster education, and let’s do this together.

Matthew Lucci is a Student Senator for the Lyle School of Engineering.