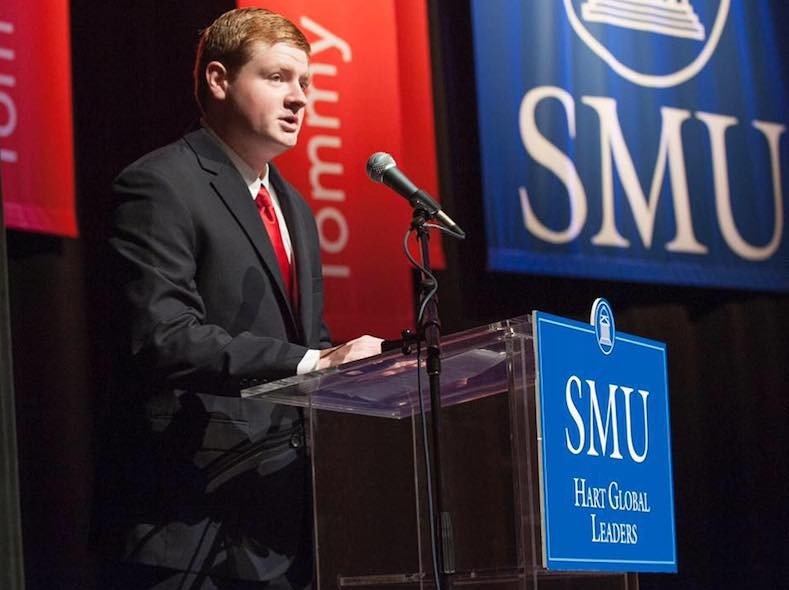 I’d like to address you one last time before the end of my tenure as your Student Body President. Over a one year period, Student Senate has accomplished so much by working closely in conjunction with the Department of Student Affairs and so many other branches of the SMU administration. When I was elected last year, I ran on a platform of “Reform – Empower – Deliver.” I’d like to share with you some highlights of the accomplishments Student Senate had this year:

– Negotiated down the price of some of the more expensive goods at Mac’s Place (e.g. a case of water bottles from $22 to less than $10)

– Pushed for more advertising of the food options available in the dining halls during the slow hours of 2-5 p.m. and for more dining locations open during university breaks

– Started a Commons liaison program with the Hegi Career Center

– Charged the Speaker of Student Senate with sending out letters to students and student organizations, inviting them to address their Senators each week at Speaker’s Podium

– Passed a bill to allocate $750,000 over the next three years to the Student Center renovation project which has been matched by the Department of Student Affairs (with renovations expected to begin by summer 2018)

– After years and years of pushing for it, finally saw the Provost approve the extension of the number of days to drop a course without academic record from five to ten class days after the beginning of a term to go into effect this fall!

I want to thank all of my fellow officers, Senators, and Chairs for their incredibly hard work and sacrifice this year that contributed to the all of the great accomplishments we achieved. It is because of the efforts of all of us coming together that we were able to have such a huge, tangible impact on our campus this year.

It has been one of the greatest honors of my life to serve as your Student Body President and lead the 103rd Student Senate. I look forward to continuing to serve the SMU community, and in particular SMU graduate students, in my position as Graduate Affairs Officer in the 104th Student Senate. I wish the best of luck to my successor, David Shirzad, and his administration in having a very successful and productive year ahead. The state of our University will continue to grow stronger as long as SMU remembers to put the interests of the students first.