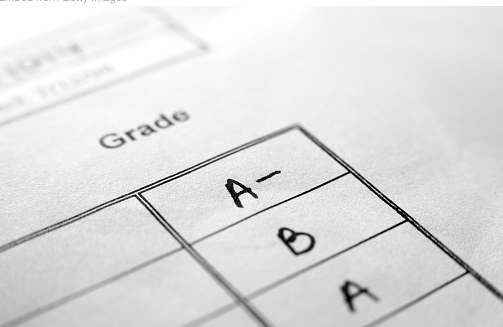 2016 ended up being quite the year, filled with both surprises and letdowns for many. With finals approaching and all of our minds on our GPAs which may plummet in the coming weeks, I cannot help but grade 2016 on some of the various shocks that it has thrown our way.

2016 was a year filled with many high-profile terrorist attacks. Even just in western nations, you will likely remember many of these headlines: the truck attack in France on Bastille day; New York pipe bombs; OSU knife-wielding terrorist; Brussels airport bombing; Orlando Nightclub shooting; and the Dallas shooting.

These are just attacks that have happened in the west. Hundreds of other attacks have occurred around the globe. While motivations may vary, what is apparent to me is that terrorism remains the main concern and threat to modern society.

Yeah that’s right, this one does not even get a letter grade – that’s how sad it was. From a random incident at a zoo, Harambe sparked into an internet craze. Some were offended, the zoo was pranked more than once, but what is certain is that Harambe will live on in the hearts and minds of many. 2016 ended one silverback short.

The downside of all this and the reason the grade is not higher is that we did not quite make a bowl game. But that is really the only bad thing that came out of this football season. Chad Morris will be around for at least another season, and SMU football had some excitement, big plays and amazing wins this season. Things are certainly looking up and I think we can look forward to much bigger things besides just the Boulevard for next fall.

Regardless of how you feel about Trump’s politics, he did well for himself this year. He came out of nowhere with a campaign that many thought was a joke at firs, but he ended up winning the presidential election and becoming the most powerful man on the planet, now able to validate a belief he has personally held for so long. While there are many scared of what is to come in the upcoming year, what is certain is that Trump’s success in 2016 will define the “report cards” of the years to come for many.

Yeah that’s right, she gets an E for effort. If wanting to be president the most actually made you one, then Hillary would have won it. But that is not quite how things worked out. Her strategy miscalculated her opponent’s strengths and did not highlight her own, leading to an incredibly disappointing defeat for many. At least on the left, one might think that a participation trophy might mean something – although the hollowness of that is now apparent.

The news media certainly dropped the ball in 2016. By their own admission, they over-covered Donald Trump, thereby contributing to his victories in the primary and general elections. Additionally, the lack of trust in journalism has led to the incursion of fake news and has at least contributed to the downfall of facts in America’s thinking. The media needs to get its act together for 2017.

While there are many other winners and losers of 2016 – Brexit, Jill Stein’s recounts and celebrity deaths being among what is left out – this year was certainly a memorable (or forgettable) year for many and has certainly set the tone of the coming year in a big way.