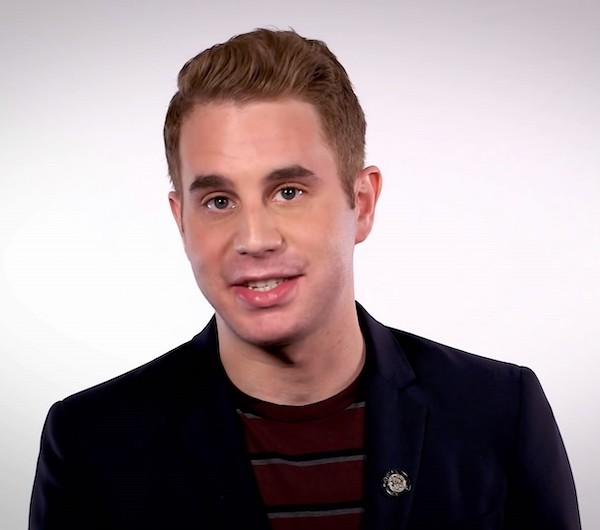 I told myself “Nope, not another Netflix show for you. Nope, focus on your studies!” Until the day that I happened to stumble upon a new show called “The Politician,” whilst scrolling through the remnants of my watch history.

I generally tend to stray away from any show that might leave me feeling like I have to “learn something.” I don’t want to have to use my brain as much as I would like to use my heart. I enjoy watching shows that leave me with tears streaming down my face, and a pang in my heart telling me to “turn my life around, and change for the better.” Just, something new, something life-changing.

I thrive off of these new streams of “Coming of Age” dramas, that invoke in me a sense of pride and dignity, enough to make me want to get out of my bed, and make a difference in the world.

Stumbling across The Politician, let me just say: I didn’t expect to derive the benefit that I would at first-glance of the thumbnail. The preview on Netflix only showed a glimpse of Platt wearing a green tux, pinned with political advertisements, a pink background, and these big-white letters spelling out “The Politican.” It is at times like these, that I appreciate the good-ole’ saying “don’t judge a book by its cover,” because there was so much more substance than what the cover truly revealed. I just had to give the show a glance to realize that.

Now, I don’t want to reveal too much into the show, because I want you, the reader, to give this show a watch after reading my commentary – that is, if you haven’t already been sucked into the madness that is “The Politician.”

What I can say, though, is this: This show is worth every bit of your time. Every single slither of time you have available. I know that Netflix can be absolutely draining. Of course not in a bad way, because it is our weekly go-to, but I think that you watching this show will teach you more than you could ever bargain for, especially if you are a 21st century teen facing multiple walls of adversity, from many different angles and perspectives.

For context, Platt plays a character named Payton Hobart: A rambunctious, intelligent, 18-year old running for his schools student senate nomination as president. Hobart, just like any other 18-year old, has the dreams and aspirations to be successful – especially by attending his dream Ivy League – attending Harvard.

I am struggling to write this, because there is so much that I would like to say about the show, but I really don’t want to reveal or spoil it for the viewers. At best, I could say that Hobart faces a constant dilemma and shows viewers how human and vulnerability come into conflict with kids who are subject to competitive environments, and standards that they believe they must uphold in society to be deemed worthy competitors.

This show breaks the glass, the stigma, surrounding mental health in environments that are restrictive to our changing mediums of communication. It is important, especially in this day-and age, that kids are given the support that they need in order to feel accepted in society, and that is exactly what this show advocates for: The transparency and authenticity of kids facing barriers to expression.

In context, Hobart is incredibly smart, and he certainly is all-that living a seeming perfect life. On top of that, he seems to be in control of his emotions, always, without any sense of fluctuation, because he is expected to be a strong and stable figure. Expressing emotions, for him, would mean that he is weak, and especially that his opponents have blackmail to use against him. The wonderful part about TV-shows is that they are allowed to be as introspective as possible. So, those side glances, those different shots you get are the most vulnerable parts of the character being put on display.

After watching the first season, there are so many things that I have to say. For one, if I could thank the producers – I would – for making something so unique to the problems that a lot of teens are facing today. Even more, I would thank them for being so authentic with the adversity that society must confront, and for especially showcasing the different social groups, and cliches that tend to bypassed or ignored today. Watching this show taught me so much about ignorance, no just from the people around me, but from myself and the perceptions that, I, even make towards allegedly thick-skinned individuals that I could have never imagined facing the most traumatic of experiences.

That is the true beauty of “The Politican.” You are going to see things that hit-home, whether you are a kid who faces constant condemnation by those around him, strict parents, or even the brightest, happiest kid, who seemingly faces none of these problems at all. There is a part to us, that reality tends to block for fear of judgement in the real-world, but on television – it is so much easier to communicate how hard it can be to live your life in spaces that maybe don’t allow for an easy medium to express your own problems.