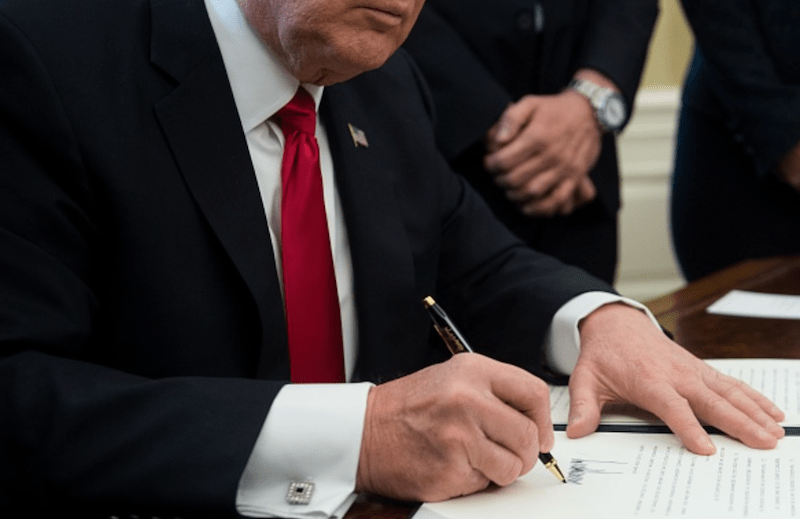 Can Trump possibly be building on Obama’s legacy? There are certainly some things that Obama left behind, particularly in relation to executive orders and the power of the presidency, that Donald Trump has benefited from.

Obama had to contend with a Congress controlled by the opposition party, necessitating his expanded use of executive orders. Donald Trump, ever the builder, has used this legacy to make sweeping enactments and orders upon his first days in office.

This is not the only legacy that Donald Trump has to build off of. Obama was the first president to use Twitter. While Donald Trump may have been a Twitter user before taking office, this social media outlet is another way in which Donald Trump is expanding and carrying on some of what Obama did in office.

However, most of this is purely ironic as what Donald Trump is doing with these expanded precedents is undoing years of Obama’s legislation and work. So while Trump may be paralleling some of Obama’s actions, it is fairly apparent to everyone that their styles are completely different and that Donald Trump is using this “building” of the legacy primarily to tear down the legacy of his predecessor.