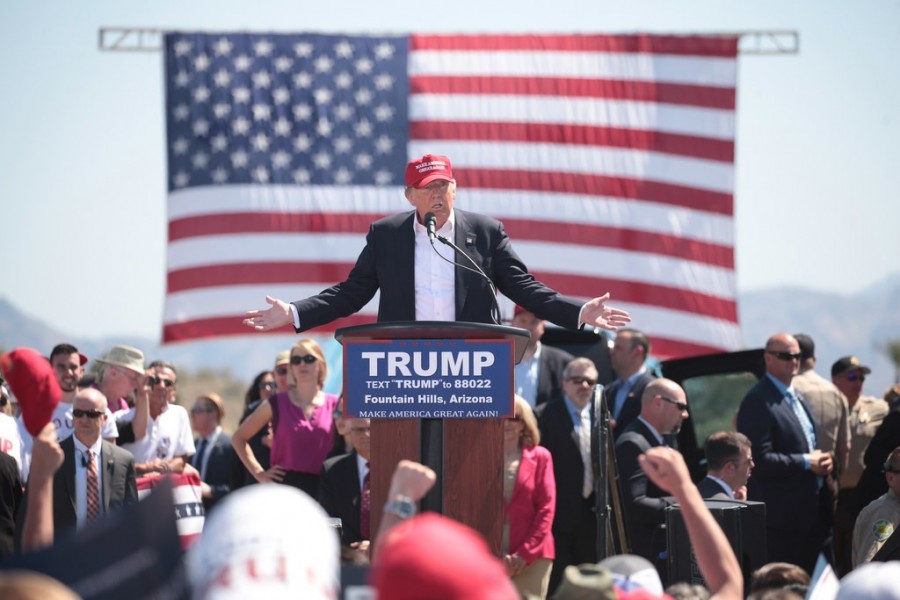 Time to sober up, America. What many people thought as unthinkable, has happened. We have four years of a Donald Trump Presidency… barring any surprises.

If anything is true, it is that the “silent majority” exists and is stronger than anyone thought. Almost no polling data predicted this win, and I think that even many Trump supporters were unsure of his ability to win it. Even with Trump’s strength in Florida early on, it felt as if the mood on both sides was “this cannot possibly be happening.”

And yet it did, so where do we go from here?

For starters, I do not think that victory dancing or gloating will be particularly productive. Primarily, I think that Hillary Clinton needs to be left alone. Trying to throw her in prison, or whatever else Trump has suggested, would not be productive.

Despite my complete conviction of her wrongdoing – or at least extremely poor judgement – over the email scandal, I think that Clinton should be allowed to move on, and even be pardoned, if the investigations continue (that would be a bipartisan way to start off the election and gain some cross-aisle credibility that Donald Trump has been lacking).

But more than the attitude or gloating – it is not the Republican’s turn to lead in earnest. No more government shutdowns. No more complaining about a President will not sign bills into law. The Republicans have everything they could have possibly asked for: the Presidency, House, Senate, and Supreme Court Nomination (and subsequent confirmation).

What they do will decide the tone of the party moving forward. It will be up to Paul Ryan, or a new speaker, to see if the many voices of the House and Senate can prevail over the confusing and convoluted policies of Trump.

What exactly will happen once Trump takes office will likely be strategized in the coming weeks before he assumes the Presidency. Whether the wall will be built, Obamacare repealed, and mass deportations started is yet to be seen. But what is sure is that Trump, in his upset victory and with the coordinated support of the Republicans behind him, can get more done with his policies than originally thought. If there is any consolation prize it is not clear whether Trump is a true, hardline conservative in his policies – but his record of crazy speeches and proposals is probably enough to cloud over that silver lining for anyone.

What is sure is that this election is going down in the history books. I do not know what the critical analysis will say, and writing this on election night, I am not truly sure myself how we got here.

But the key is that we are indeed here– and yes, this is happening. It is our jobs to be civil and move on, pushing forward toward some kind of progress, rather than weeping and gnashing our teeth over the recent past. While I hope that our leaders will reflect this sentiment, I am not entirely sure it will.

While this is a huge victory for the Republican party, which not long ago seemed like it was in need of a rebuilding, and need to find itself, we did just turn the keys over to a party in the middle of an identity crisis – so it is possible that this serves as an even stronger omen to the Democrats.

Does this election serve as a wholesale condemnation of Obama’s policies?

Possibly, I am sure that more analysis will be forthcoming on this. But, it certainly should cause the Democrats to take a step back and look at their policies, language, and rhetoric over the past years.

Obviously they have alienated a huge swath of the country, and they just reaped the rewards of that with a Trump Presidency. Sure, the Democrats can continue to bemoan the racist, white people who are oppressing everyone and getting Trump elected, and perhaps there is truth to that. However, it seems as if those people are surprisingly stronger than expected.

And on a somewhat harsh note: better not to run a flip-flopping, preachy, suspected criminal in the next election. But the same or even worse, could be said, has been said, and will be said about the Republican President as well.

What this election seems like to me is a lot of lost hope, a lot of lost promise. There was a lot of positive energy on both sides at points during the primaries. Bernie Sanders had a progressive, energetic, and positive movement behind him. And the Republicans fielded a large group of positive and policy-positive candidates. However, the large field allowed one brazen and radical voice to cut through–the one who will be our leader come Jan. 20.

These candidates did not come in promising hope and change – all of that has been thoroughly lost these past eight years. I hope somehow this presidency can get off to a reasonable start, and some hope and progress can be salvaged. I hope somehow the promise of Trump’s business savvy will come true, and that people will not be so jaded or angered by the results and news cycles, to the point where we will be unable to move on or make progress in this country.

At the end of the day, the ball is squarely in the Republican’s court. What they choose to do with it now will decide the fate of the party and country. Personally, I do not think that we will be descending into nuclear Armageddon, but stay tuned because anything is possible at this point.